Sad time at work today after I bleed my brakes and adjusted a bit, the bike should be under 10kg, not like this: 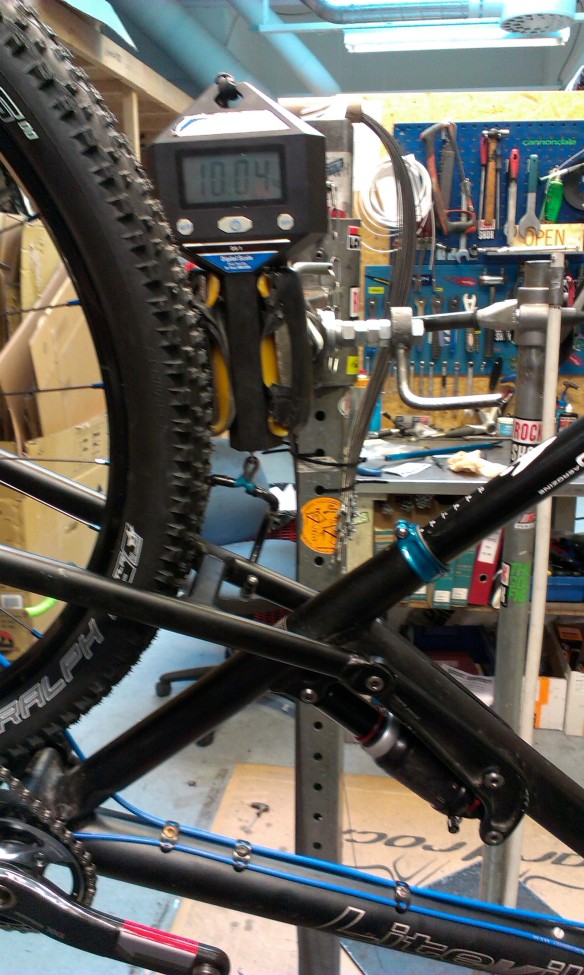 Took for a little testride after work too. A bit to much air in the fork and a sinking seatpost, except that I think this will be an awesome Bergensbike. Pretty light and a fork that you can sink how much you want with just one press so good for climbing. Single chainring for clean setup, no extra stuff on the bar so pretty clean there too. 650b for better rolling than 26″ and easier than 29″. 120/130mm travel for eating rocks and roots. German engineering to not have to think about it, it just works.

Did my first crash of the season too, slippy roots and had problems riding two places. But the bike saved me some times too, a bit too big rock on one place so jumped a little on the fork and another rock just in the way so had to ride over in on one place. Great 😀 Sram XX1 twisters is almost to easy to shift with, the ball bearings really works but not sure if it is the best, we’ll see. Had some problems with braking on my Scalpel in Sweden with Avid Elixir 5 brakes, today with Formula R1 Racing with Ashima rotors it was perfect, no need to train my fingers 🙂

Tomorrow I will ride with some friends with a finetuned bike. Then it’s just to find the perfect air pressure. 2,25″ clinchers with stans is a bit different than tubulars, a bit more careful going down in pressure now.