Not working today so then it was bike riding on the schedule for the last time this year. Got invited to a late Le Peloton at 9 o’clock so a Le Snooze.

Around 0° C so tried my new wintershoes with just a pair of socks inside, so great to not have to use shoecovers and still be warm and weatherproof: 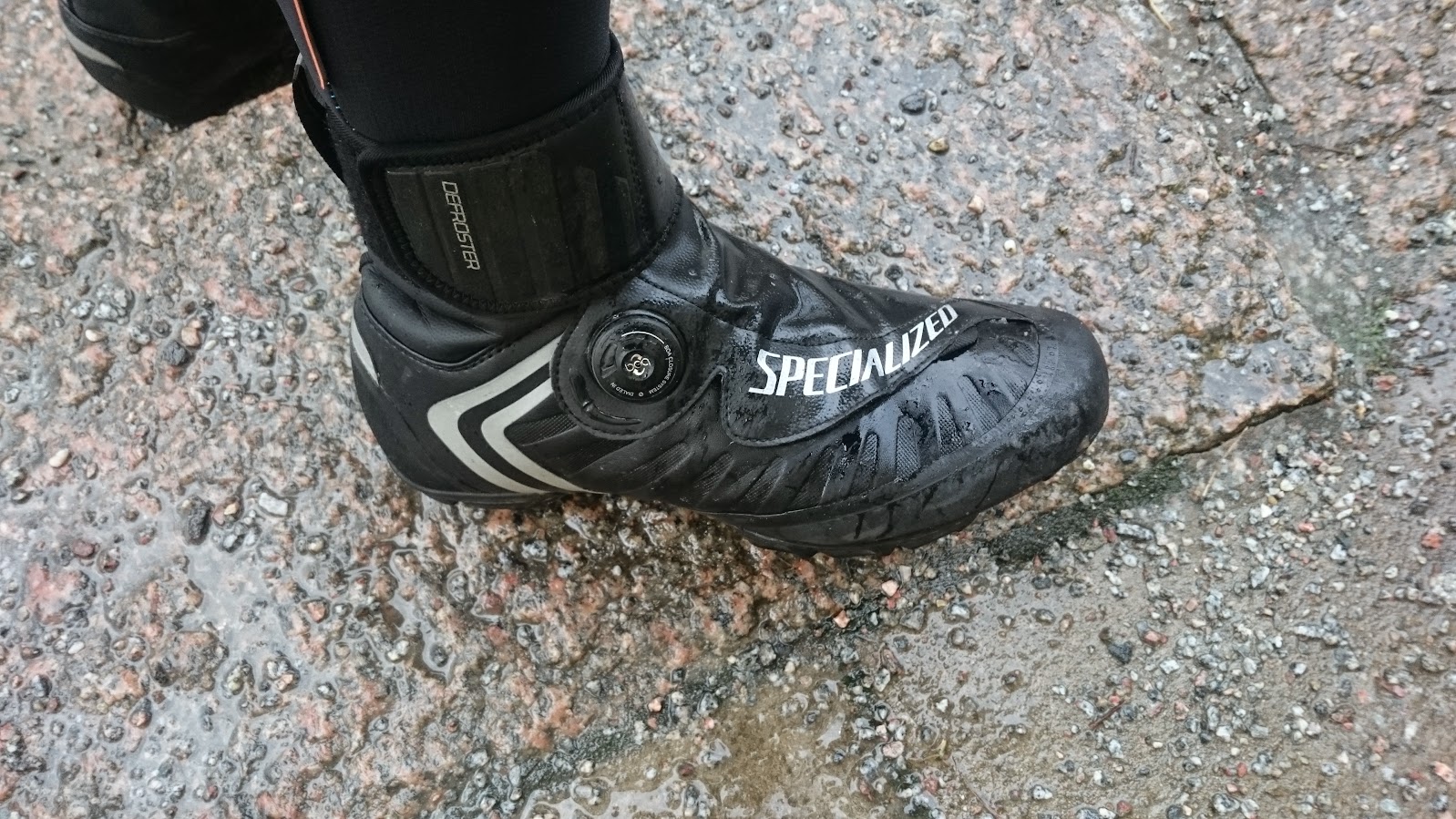 Specialized Defroster of couse. Had a pair some years ago but the new ones are so much better. Better fit but the biggest change is the boa compared to the old straps that didn’t tighten so good. Looks got pretty clean too. Warm all ride and could even had thinner socks.

As for new parts I also tried a new saddle today. a Specialized Romin Evo Pro so the bike looked like this: 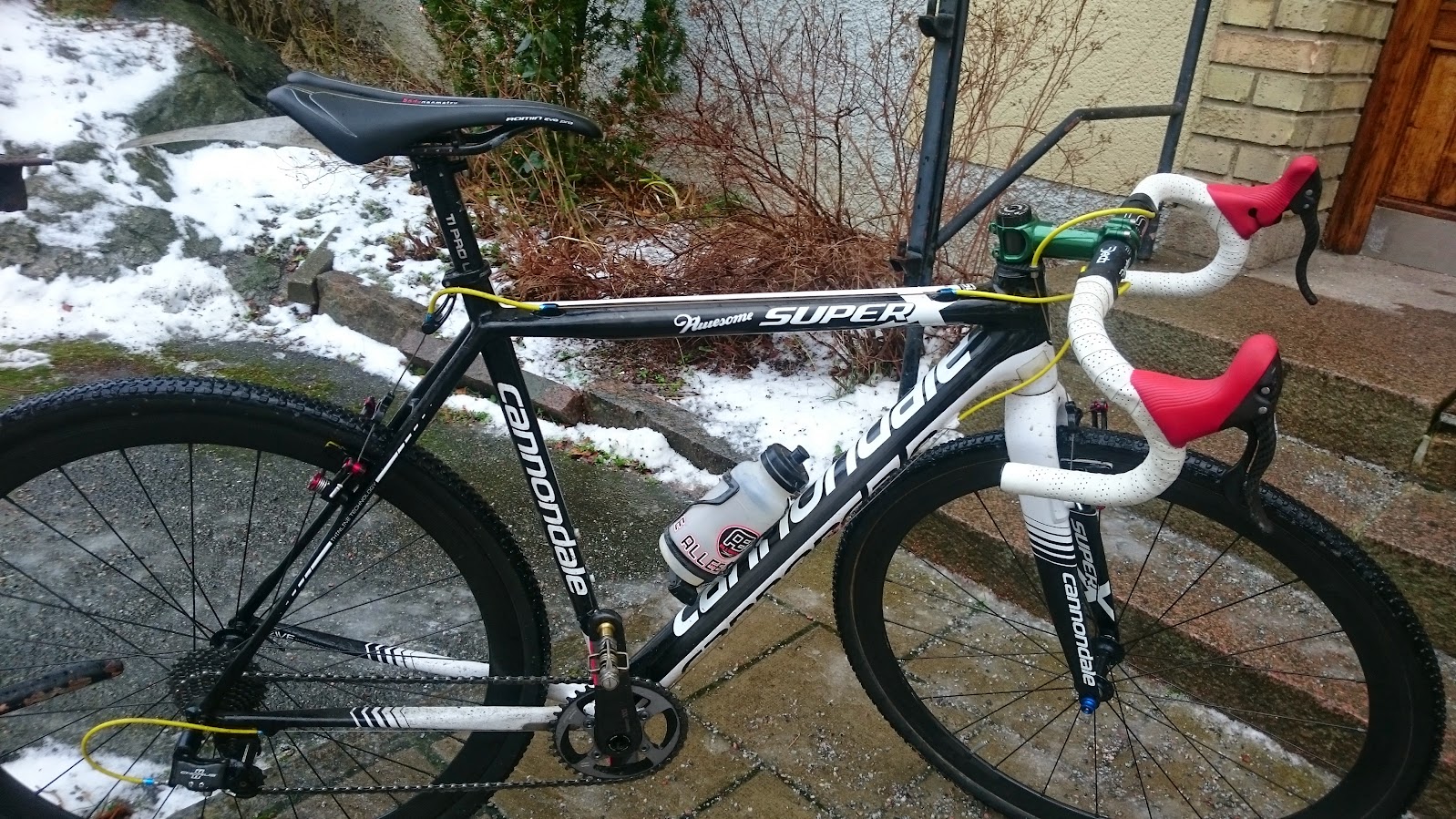 At Urban Deli it was half mtb and half cx today, some with studded tires and some without. Only me with tubulars and cantilever brakes. Think this is the last winter season this bikes goes on. Anyone wants to buy it? Size 52.

As for the ride my shape seemed to be a bit in the middle today. Lost a group in the first climb but also had some riders behind. Rode alone not so fast until a guy on a Colnago who missed the start came and passed me. Rode with him a short while until he dropped me on the only climb I didn’t have grip so had to walk up.

Stopped and waited for the two riders behind me on a hill but they never came so rode alone. Met Viktor at an intersection who wasn’t sure on which way so we rode the rest together. He was faster on his Epic at some parts and I was faster on some parts but pretty equal in the end I think.

a Le Peloton/Snooze ride have to end with a coffee and when Lemond is closed Magnus Johansson it is. Called Sara that already where home (miss the coffee, no way). And met up with Malin. Sara changed clothes and then we all got a nice coffee together and ended the great start of New years eve like this: 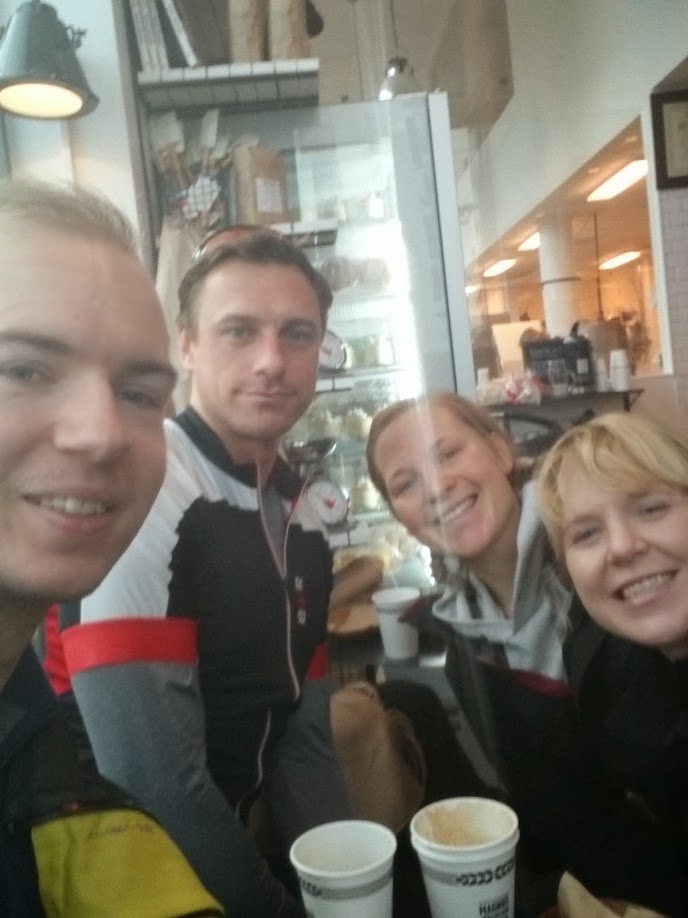