13th Le Peloton for me today, and it’s not my lucky number. And it wasn’t the amount of riders either but close, year record with 12 riders today: 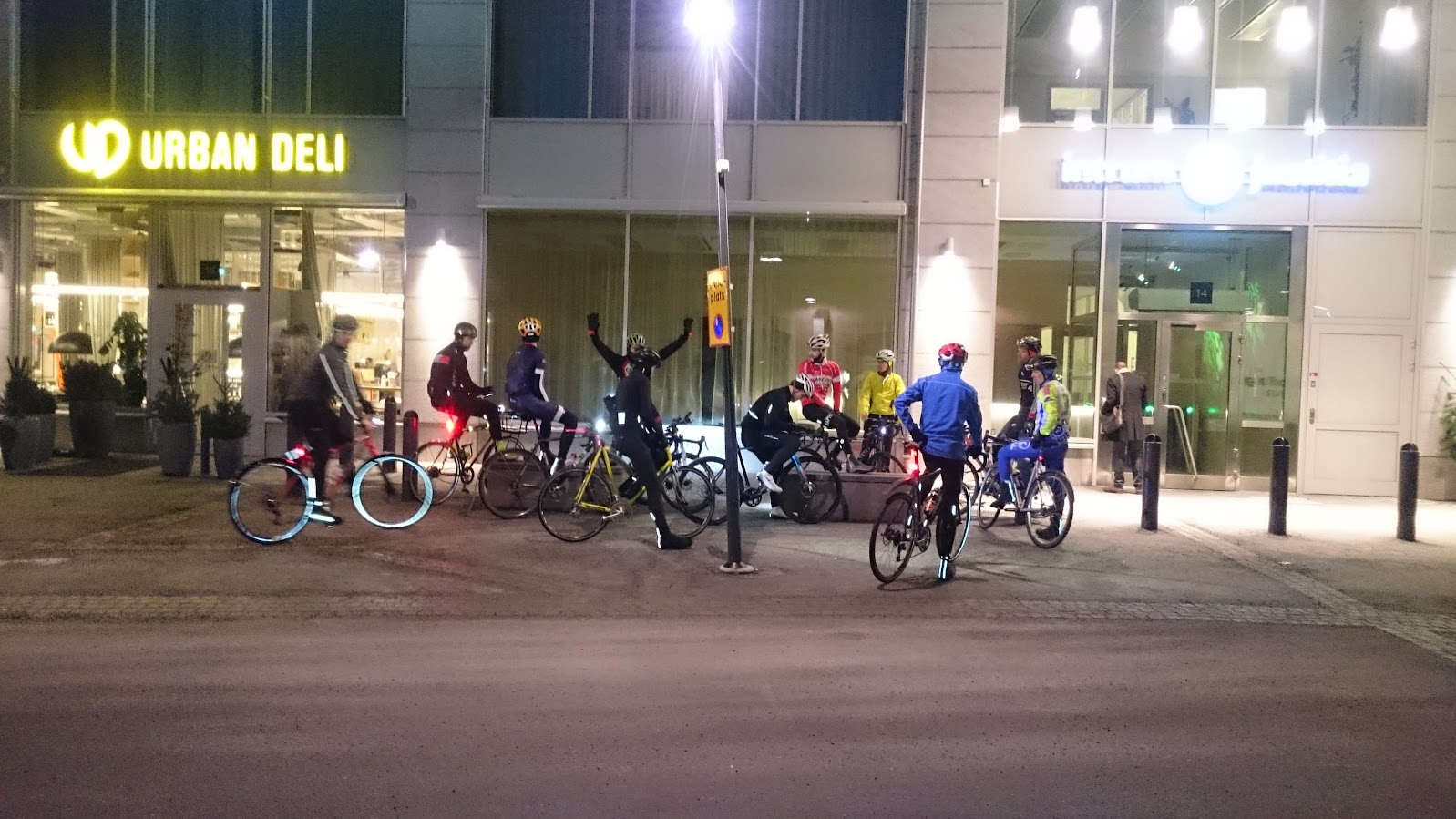 One on roadbike, one on mtb, 2 on commuters and the rest on cyclocross. rode the same round as last week but hopefully a bit faster today as I had a harder time keeping up 😉 Turning up stationsbacken in the end of first loop I got dropped big time. Too easy gears as last week made me pedal a bit too fast and then a climb where people ride fast on that was a bit too much.

Rode alone and from Sickla to Älta I took the cycling path as I was riding alone and not so fast. Was good until I came to Älta and was going down to the road when the cyclingpath ended. Was an edge and my bike slipped, I didn’t. Ended up laying on the asphalt with the bike a couple of meters further down the road. From 29km/h to 0km/h and not feeling so good. hit my leg and arm and got some small scars, that broke my lovely wintertights: 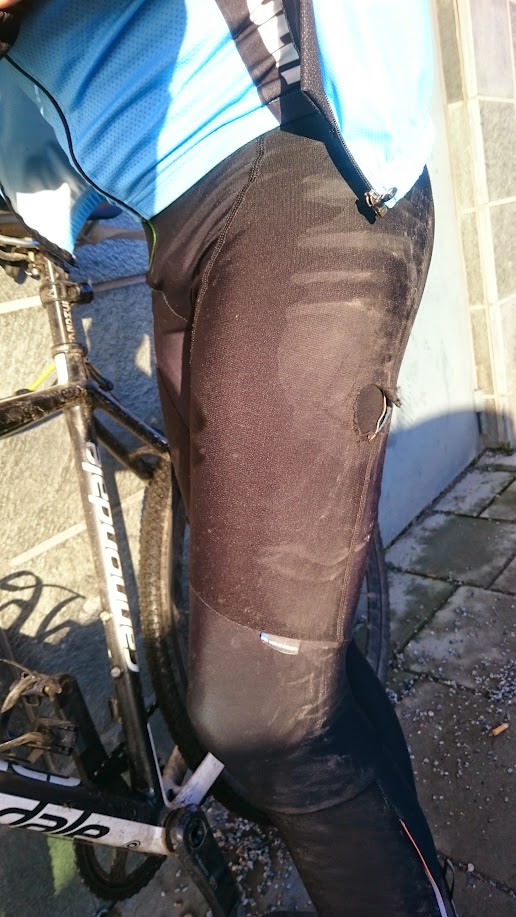 Also scraped my levers a bit but otherwise okey. Continued with a bit lower pace to Lemond. Was going okey until I came to the café and sat down, 😦

Have been walking slow all day at work but surviving. Planned to ride home after work but remembered that it was the yearly meeting with my cycling club, CK Valhall so ended up at Lemond again for dinner 😉 Best thing with the meeting was to met my friend Bang who I haven’t met for over 4 years 😀

Map and stats from the morning ride: Movescount (crash after 1h)