Don’t want to brag about any records but spring is here. 34 riders gathered this morning to ride too fast for themselfs together: 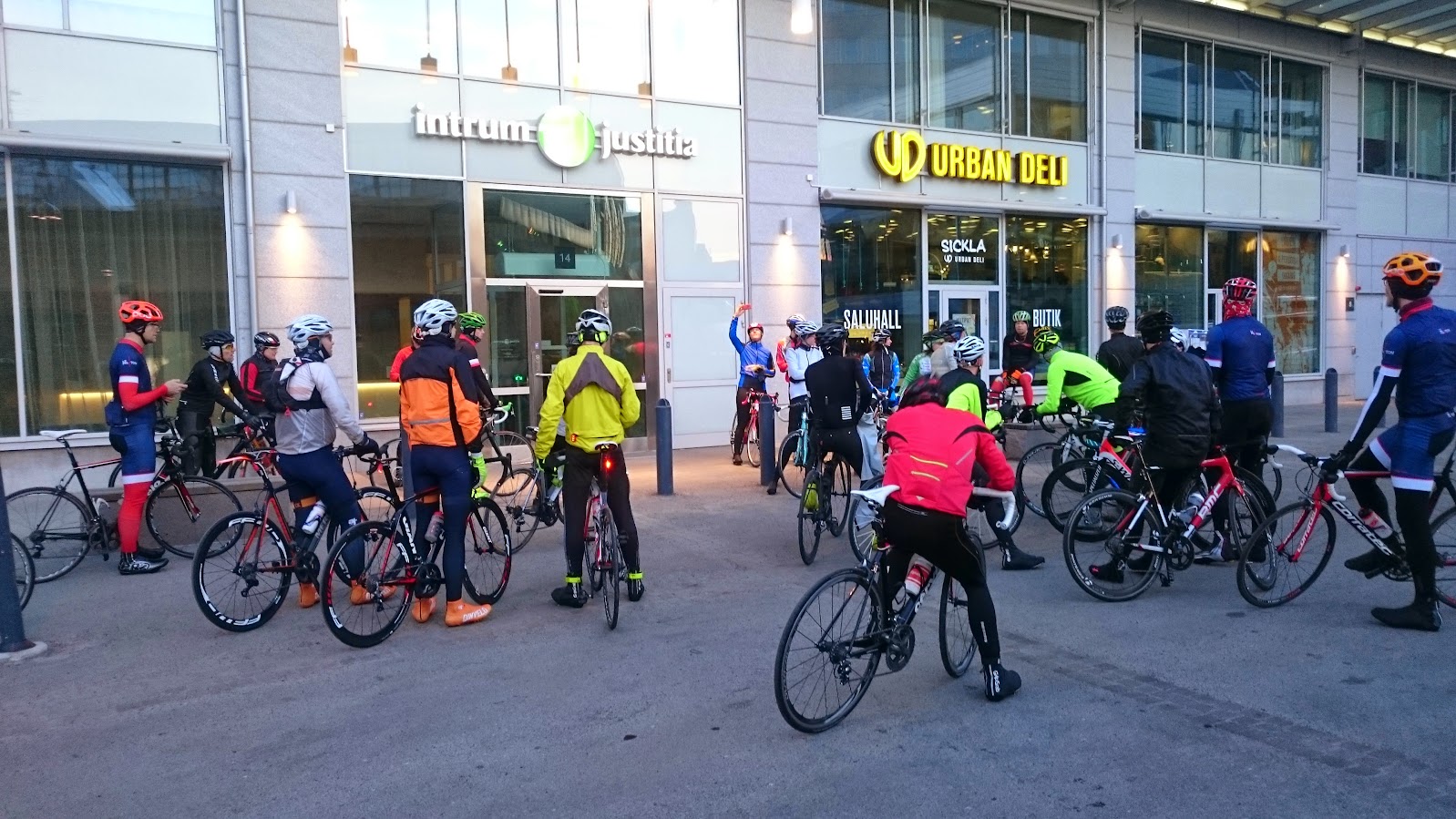 2 groups, 1 fast big group that rode the complete ”course” and one gruppetto riding the same way we have been ridden the last times I’ve been riding.

Joined the first group as it’s better training to ride fast and to try. Was hard but manageable until we turned out to the Fisksätra loop, managed to hang on for 2km but then I was smoked. Turned around and it was a couple of guys behind me too not turning around. Rode back and continued the regular route thinking that I may get up to the gruppetto. Was alone back to Sickla, alone to Älta. Reached the gruppetto in Flaten as they took the little loop there where I’ve never ridden. Rode with them the rest and it went pretty easy in the beginning. But was hard in the end on the long straight to Enskededalen, was on second wheel and when the guy went to the side I had to sprint to ride a little faster. Continued up the hill in the middle and left over to Carolin who sat behind me. Sat on her wheel the last bit, while the rest of the group was dropped 😉

Then easy riding to café Le Mond for a great breakfast, a lot to do for the workers today and hard for me when my VISA didn’t work. Good with friends to borrow money sometimes 🙂

Great training with speed. I need both speed and power so todays and yesterdays training feels like quality 🙂 Map and stats from today: Movescount