The speed is coming and so are the riders. Today it changed a bit divided into 3 groups. 1 fast going full loop, one slower going full loop and one that was the old 2nd group not going to Fisksätra. I’m a guy for the slower long group but we where some riders today going with the first group for as long as possible and then being collected by the new 2nd group. At the start, came some more people afterwards as usual: 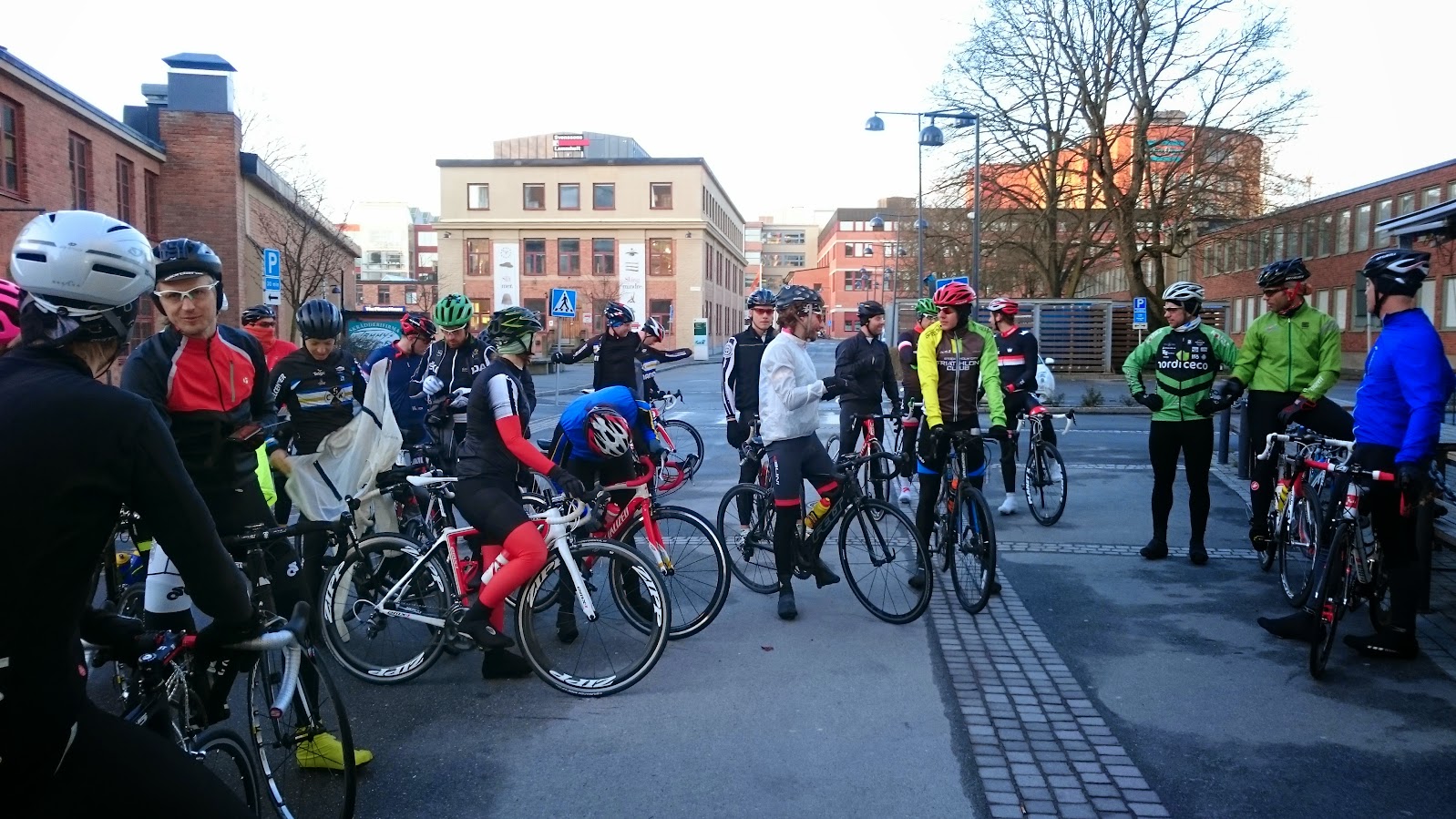 Was okey in the beginning but as usual coming down to the road towards Saltsjö-Duvnäs and the Strava segment called Järnvägspizza, then it starts to go fast. 1,1km segment where I had 46km/h in average last week. Today I had 49,1km/h and was even a bit at the front after having a great time on the wheel of Nils (the guy who’s taking on/off his windjacket on the picture). Claimed on the group going out to Fisksätra for a while. longest time so far but when it’s a climb after you gone under the railway I had to drop. Johan dropped a bit later and I was chasing him half the Fisksätra loop, never came any closer. Then the second group came and collected us and we collected some others on the way back, never thought I would keep up as my legs already stood straight out.

Up Saltsjö-Duvnäs it felt pretty good again and after sitting on the wheel I helped a bit through Sickla and in the start of the climb up to Hellasgården. Know it’s a hard time for me so rode smart and wheelsucked. Worked out great. Was a rider going around sometimes and sometimes wheelsucked today, wasted powers in the right moments and saved in other moments. The place I never save is the last straight passing Skarpnäck too Enskededalen. The last section where we go fast so it was just full speed and my legs stood straight out even before the small uphill. The group was a bit tired afterwards too so I advanced a bit before the sign. Felt great coming to the first intersection with redlights. Was breathing hard and then the talking start, everyone stopped focusing on holding wheels and use their power to pedal and talked instead.

Le Peloton is hard but also friendly (before and afterwards). Am thinking it as the best training I ever get on roadbike and there are always potential to go faster with faster guys. Average speed of the complete Strava segment today was 35,2km/h and ended at an 92nd place, of 98. I’ve got some work to do but enjoying it every time 😀

And coming to Cykelcafé Le Mond afterwards, eating a nice breakfast or just take a coffee and talk about the ride and chilling is a goal worth riding for. 🙂 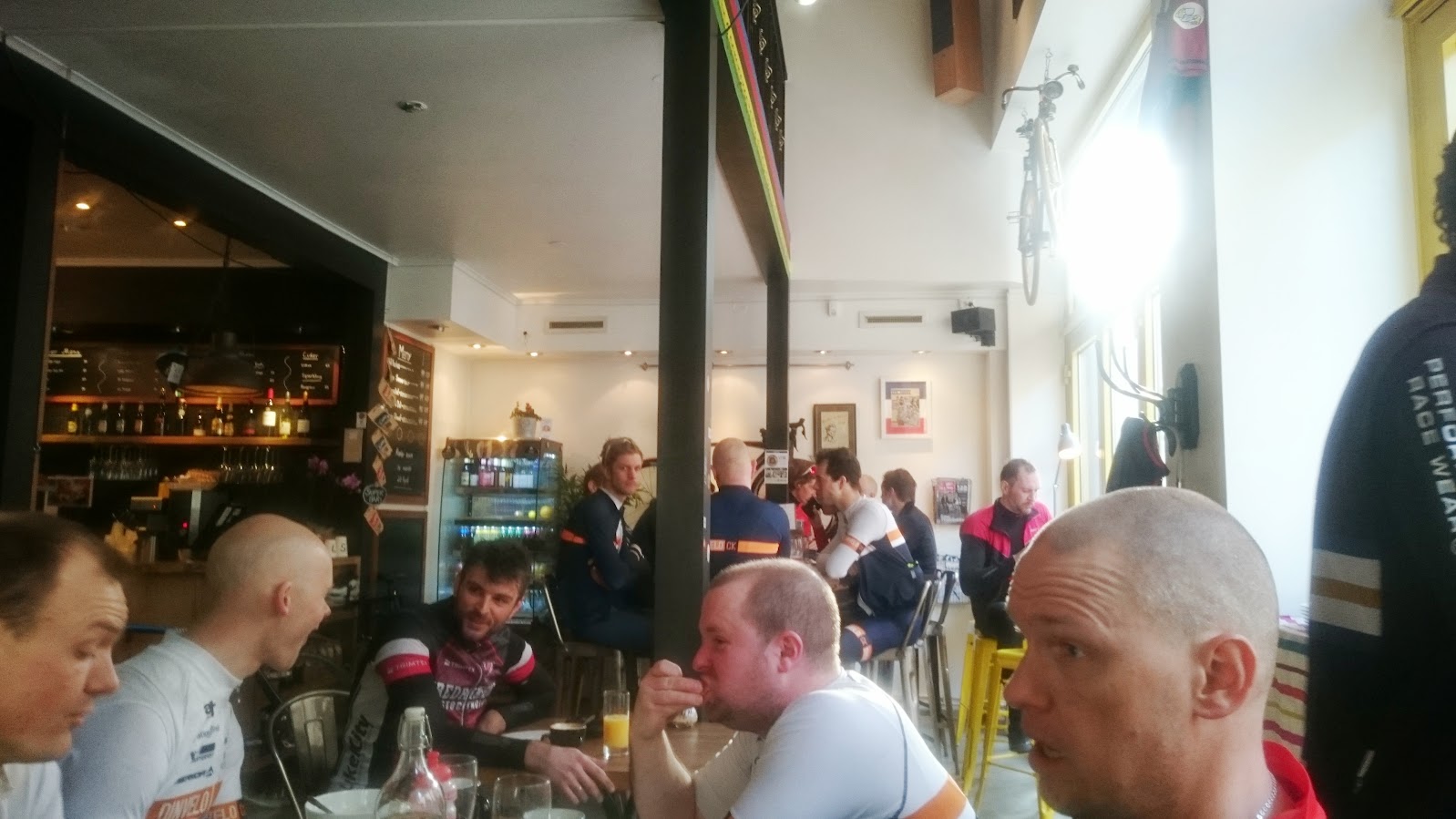