She Rides is a women community for cyclists by Annie Söderberg and Jessica Clarén. Today they had an event in Stockholm and I got borrowed in for some help. Gathered first for a road ride.

Here a bit of waiting after a chainproblem: 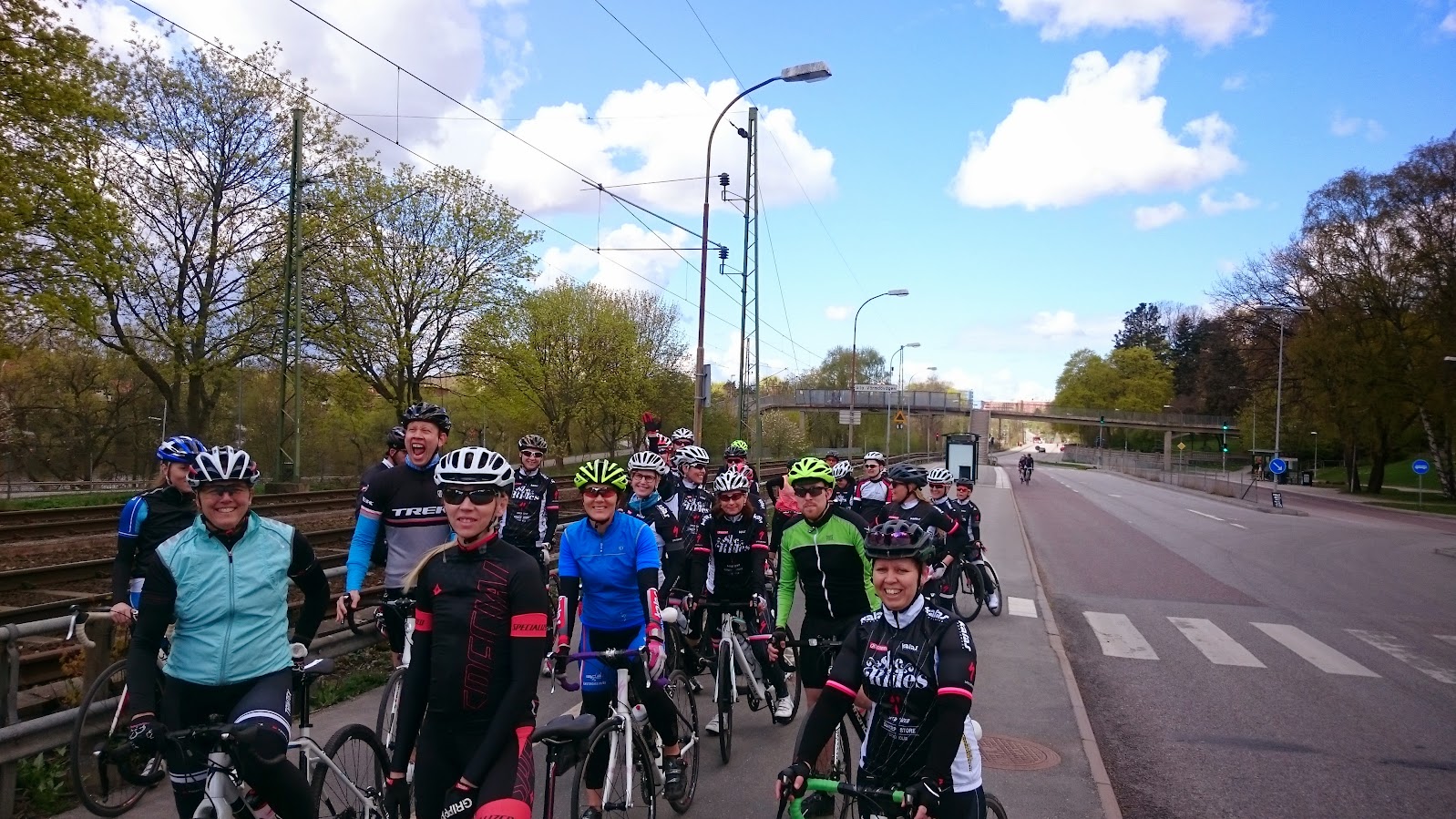 A bit later, not so often so many sits on my wheel 😉 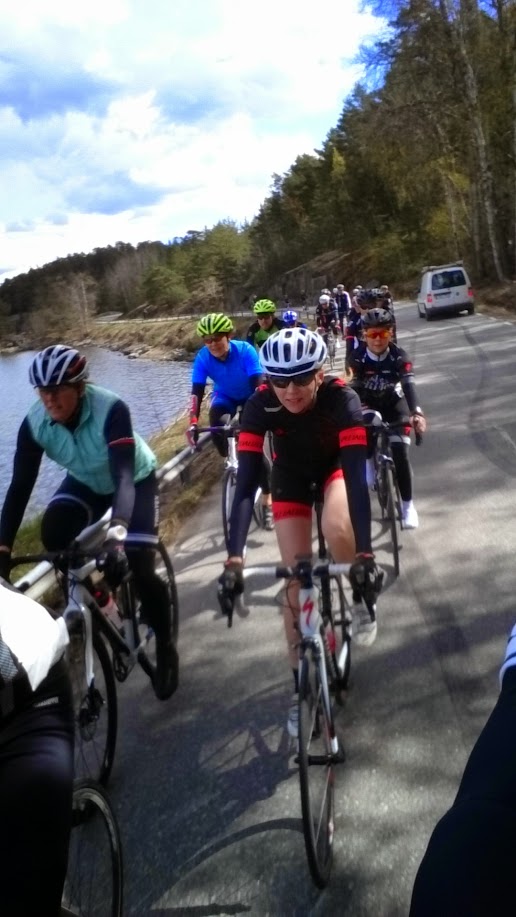 Rode the Le Peloton loop and as it is we ended at bikecafé Le Mond for a fika afterwards: 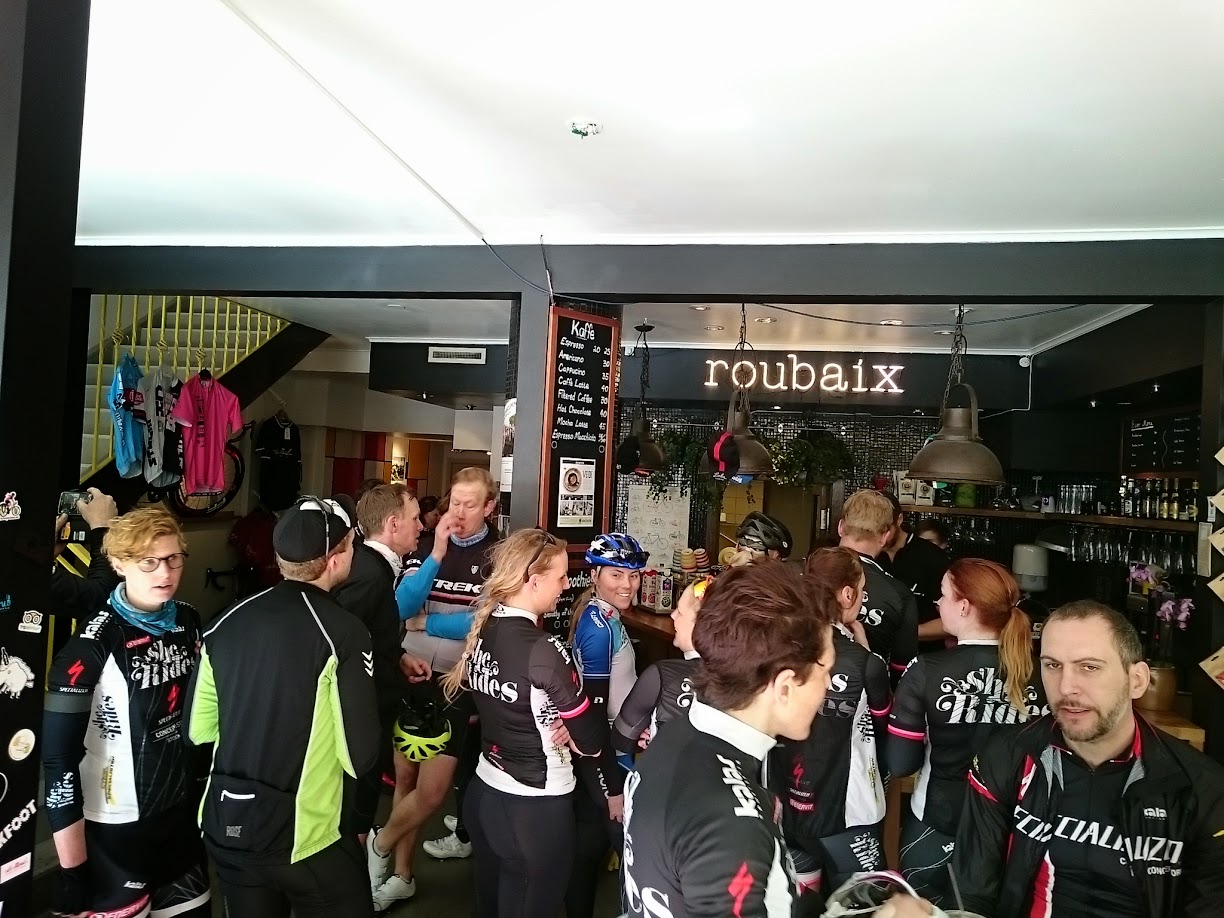 After some shopping at Specialized Concept Store Stockholm, and some mechanical fixing it was time for the second ride. MTB and with Annie instead of Jaime. Nice ride: 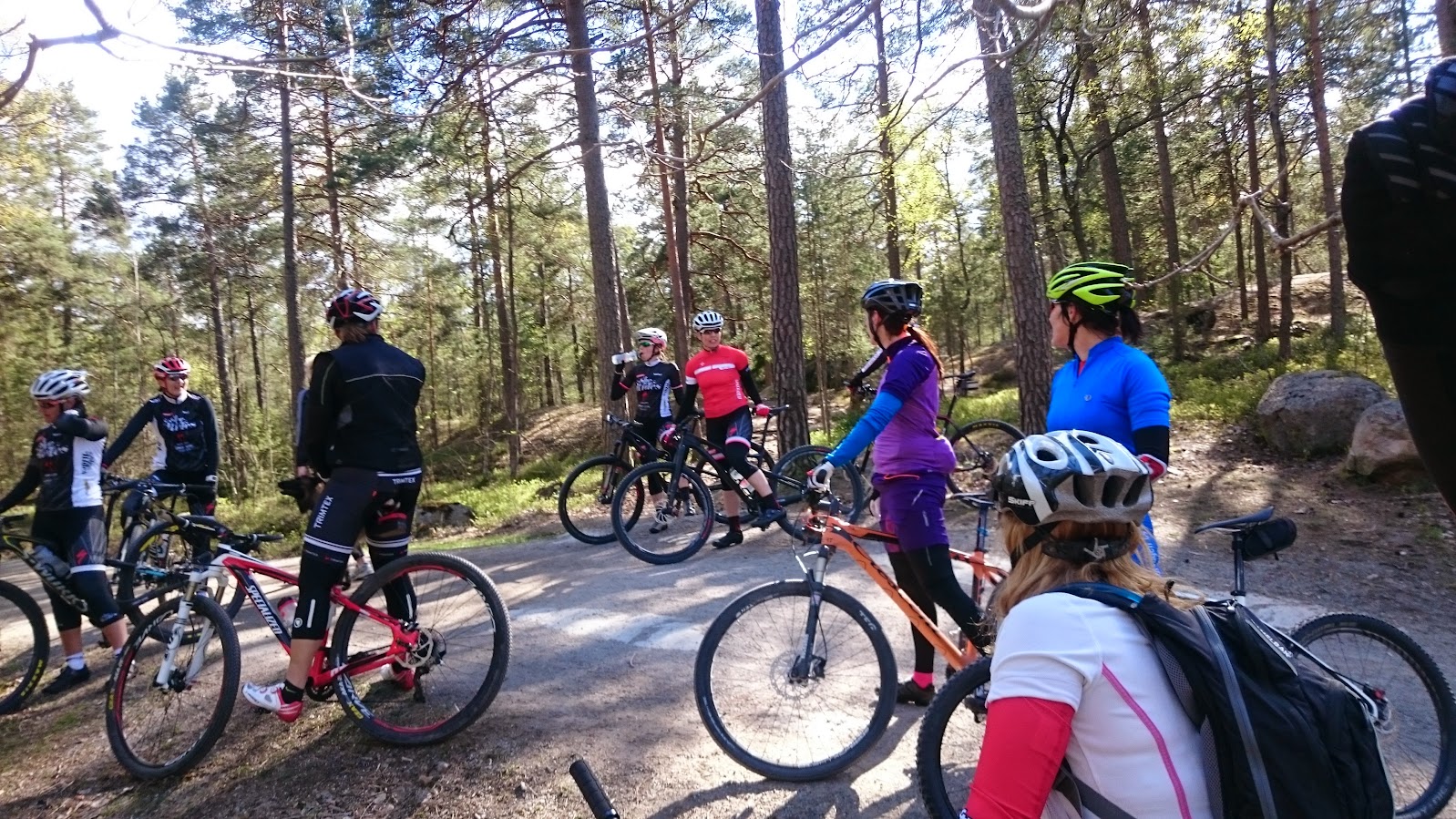 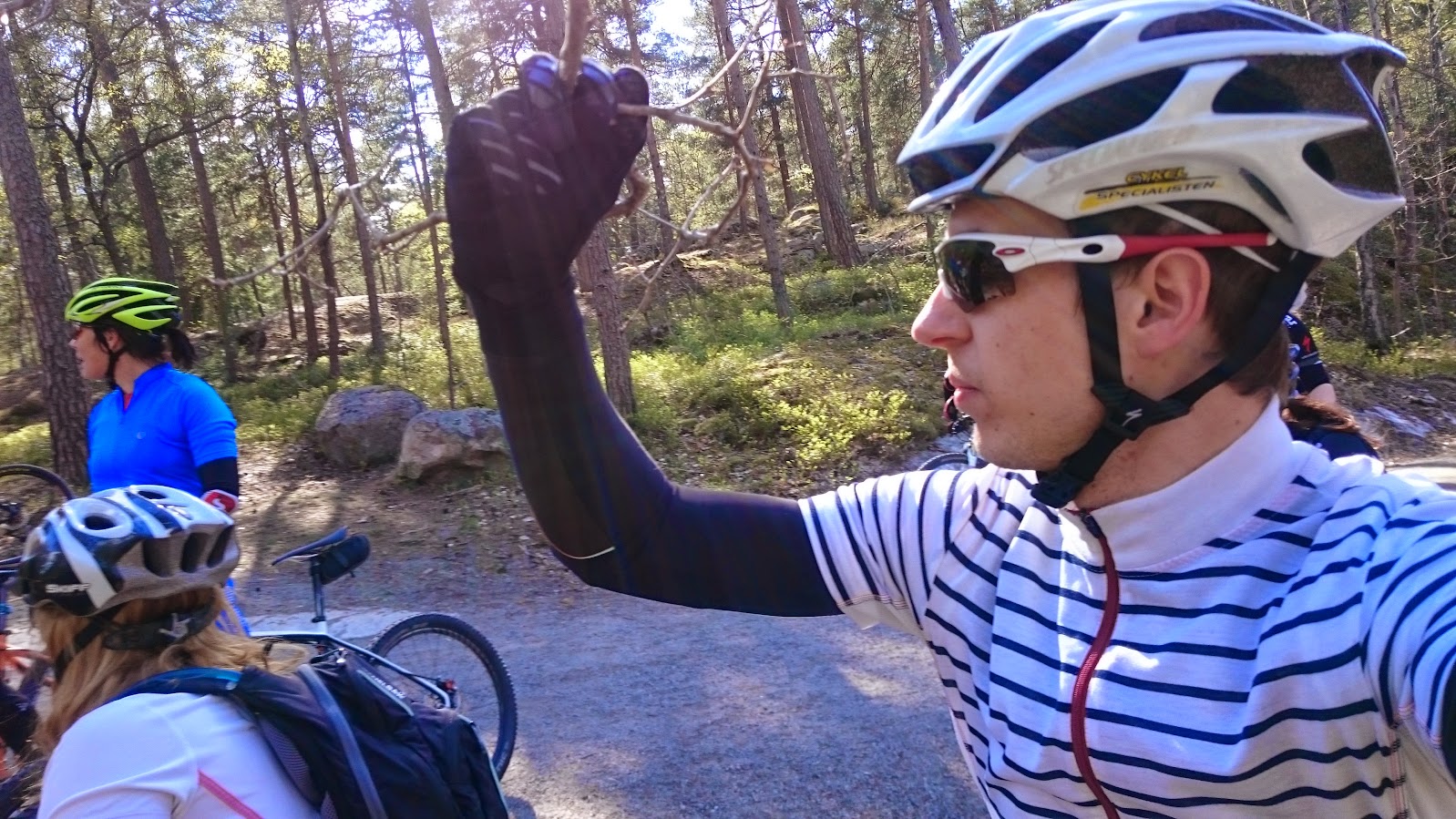 Ended with a group picture taking by the other Jonas: 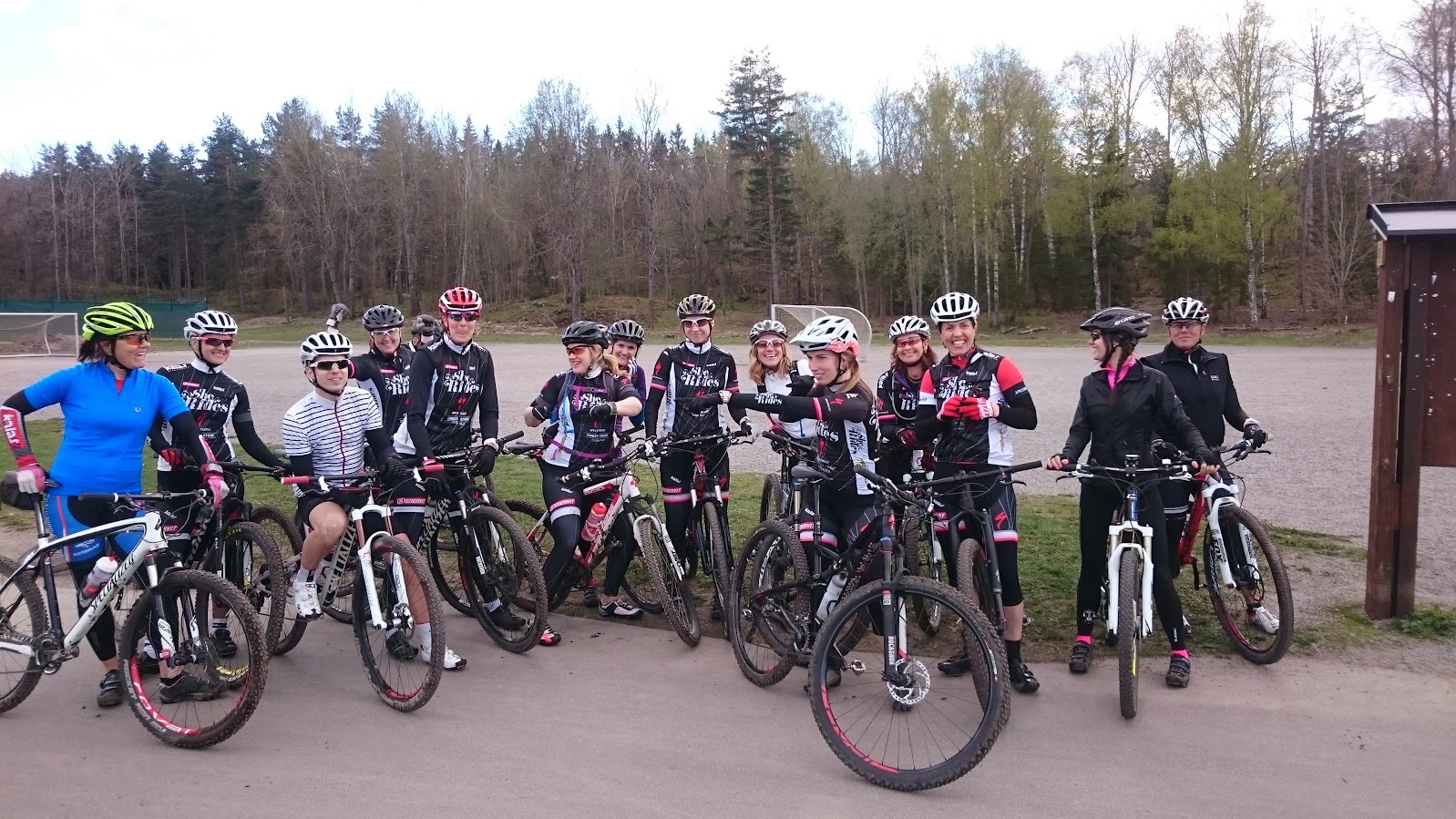 A thing I thought of riding mtb with most of the women riding pretty simple hardtails, think they would have so much fun on a bike like a Specialized Rumor or other great full suspension mtb.

A long but great day in the sun. Even got some colour on my legs, got some good genes from my father I think. 😀