Weight of a bike isn’t everything but no one can say against that a light bike feels better than a heavy one no matter how you ride. Road bikes can easily be built under 6,8kg so you’re not allowed to race with them but it’s not so many who race. 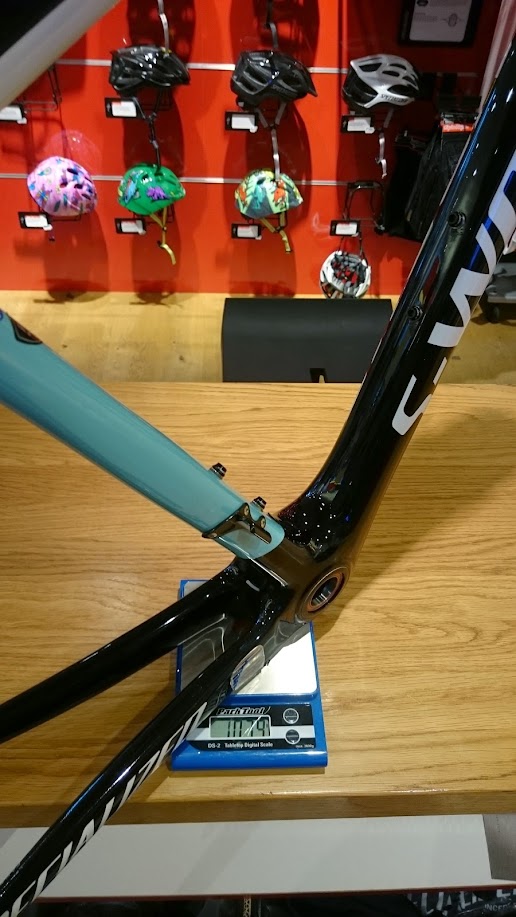 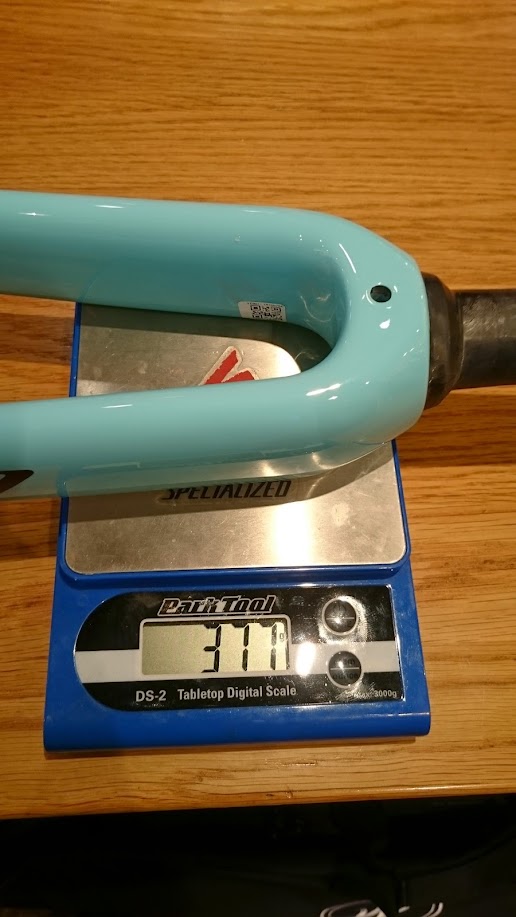 uncut fork. The seatpostdummy included is this: 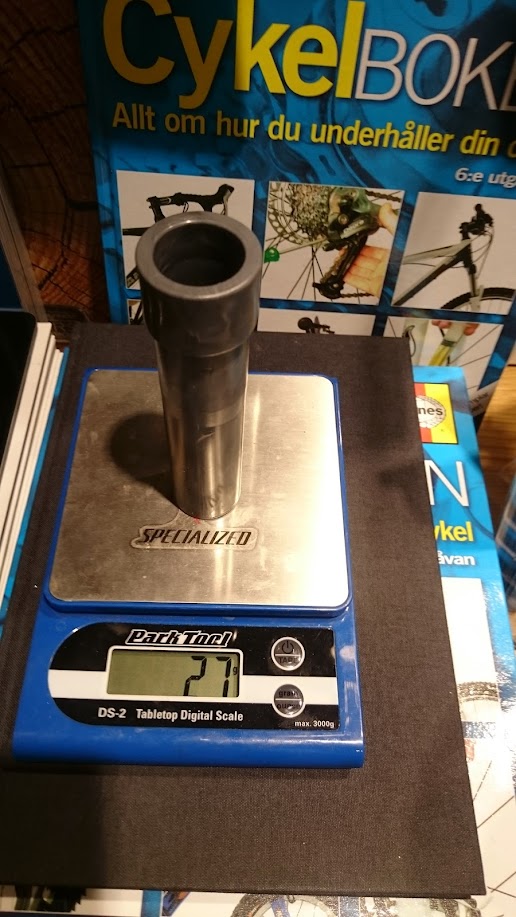 A Pro frameset with less paint as it’s satin carbon and hyper green: 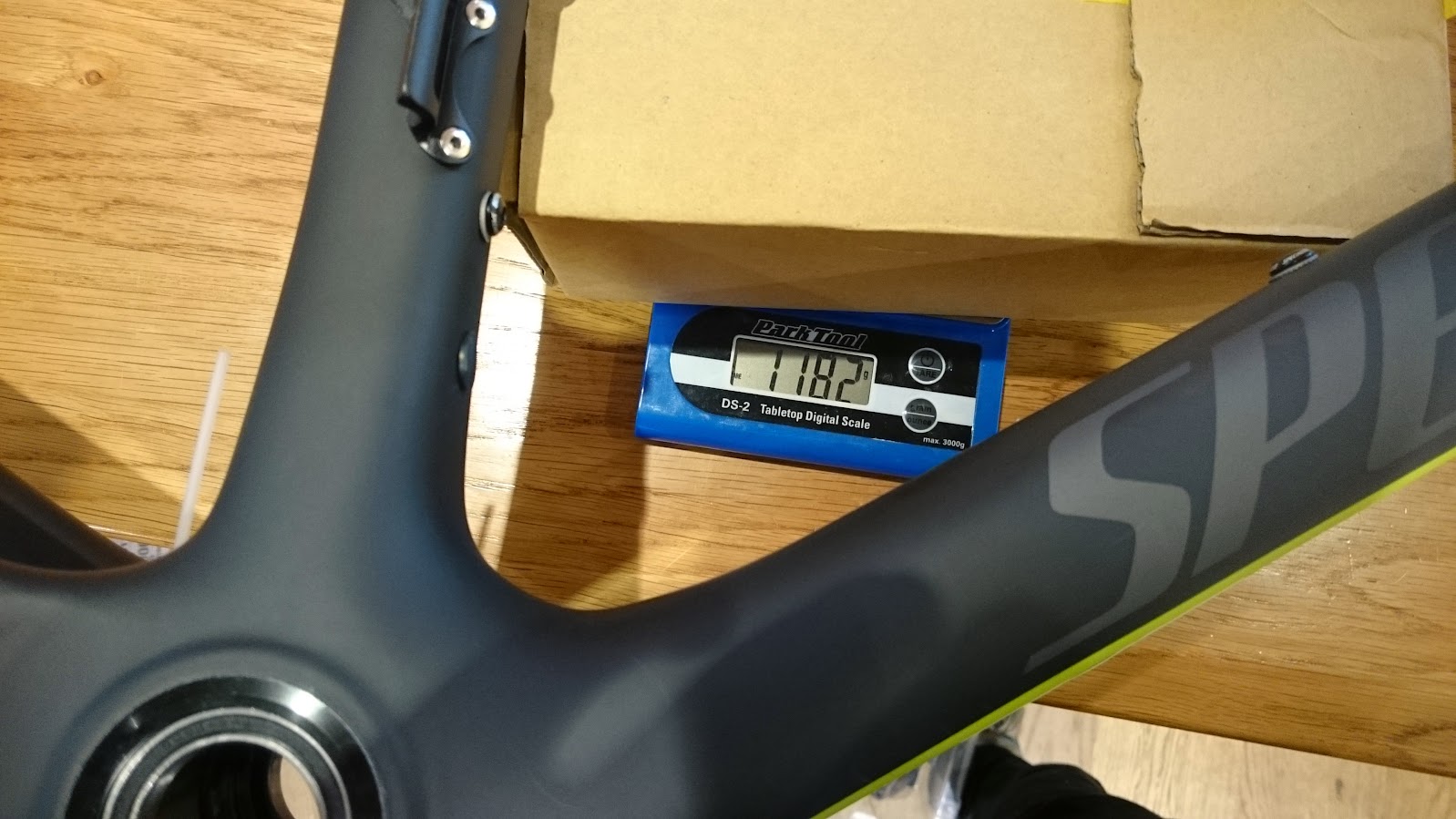 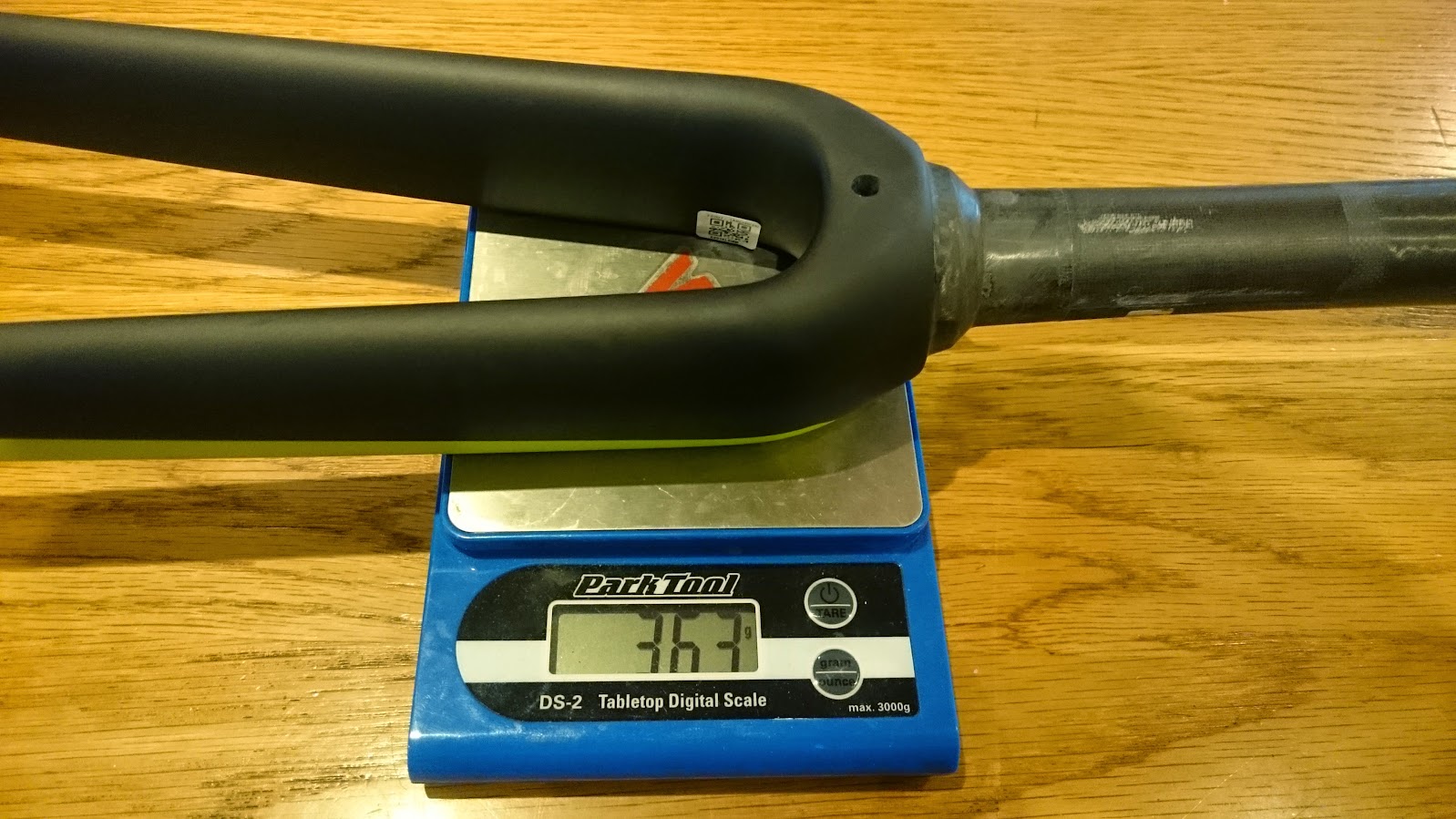 So what about aluminium? Allez in Multi Keyline, here without seatclamp and bottombracket: 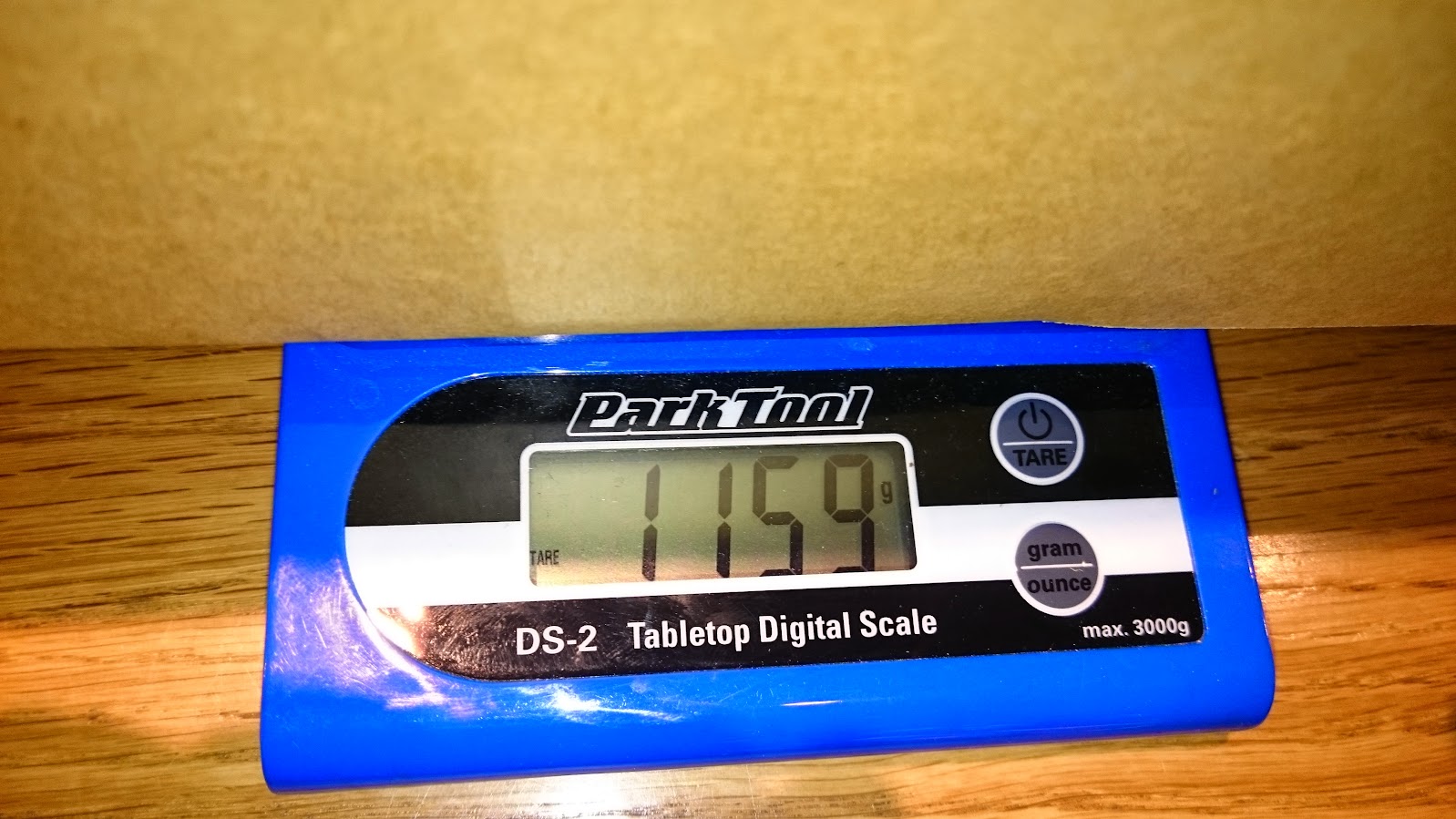 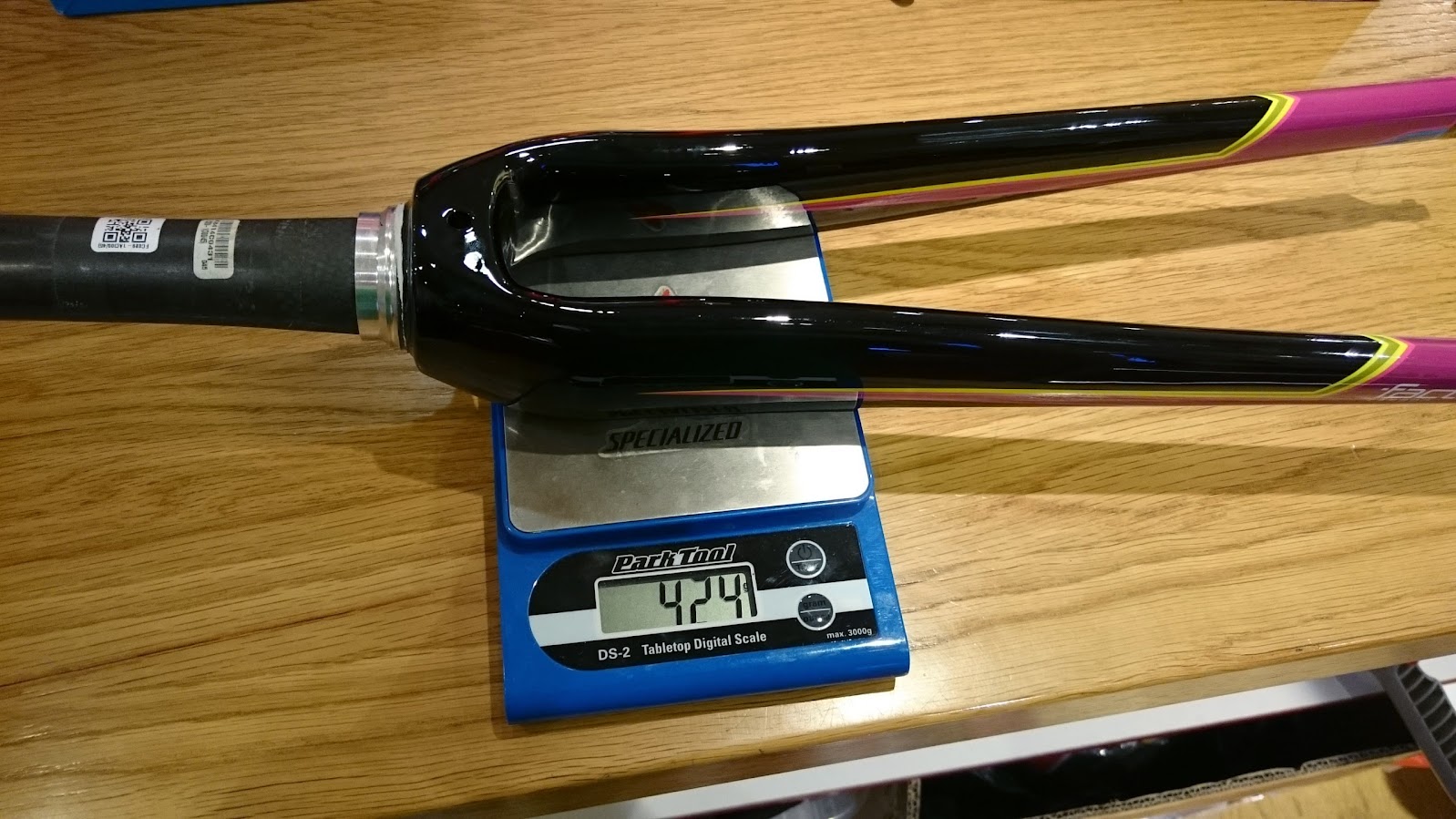 If we just watch at the weight it cost a bit. All frames in size 52. 102SEK per saved gram compared an alu Allez with a S-Works Tarmac. That’s a high cost but you get more than just weightsaving. A better feeling bike, a bike that corners better, a bike that is more comfortable and helps you go faster is worth a lot.

But a fun comparsion 🙂