Waking up after 6h sleep and just thinking to flip over and sleep some more isn’t the best start for doing the weeks hardest training. I found the floor, I found a smoothie, I found my bike and I found a jersey mention It: 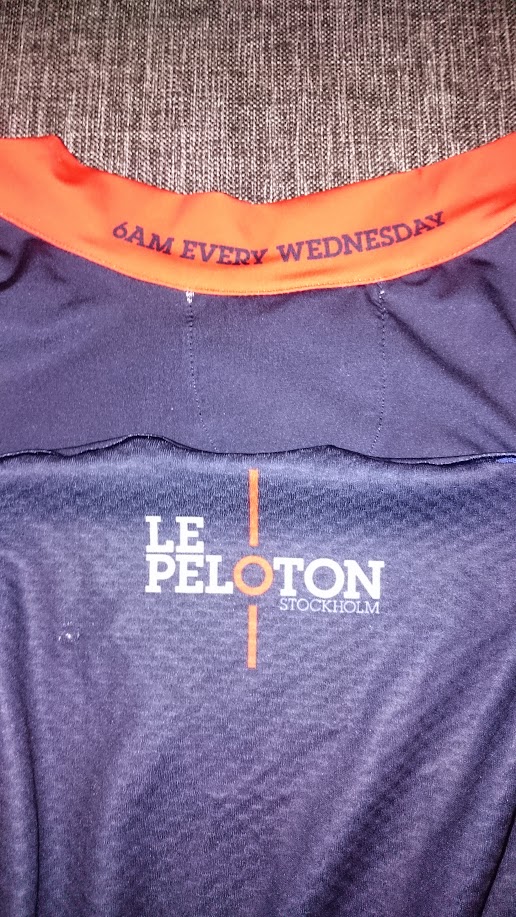 A sunny morning with dry roads gathered quiet a few riders, like 70: Some faster than others and I sat off with the first group. Felt hard in the beginning and going up to Fisksätra I thought this will never work, my legs felt bad but hanged good in the group. On the way back I thought, I will drop in the Ektorpclimb. But a good position and being better on climbs than riding fast I hanged on. Good position through the roundabouts in Sickla and on the climb up to Hellas where I also thought I would have to drop I advanced a bit and the climb felt pretty easy (for being a Peloton ride).

Then it started, biting the bartape and just kept trying going faster to hang on, felt like I was behind the tail and not being such a powerful rider it was hard. But I survived and even managed to get the exact same time between Sickla and Älta as last friday. Personal Record up Lindalsclimb outside Älta and then it was full speed again. Sat on a wheel to a rider getting dropped so had to try bridge the gap, worked at the roundabouts. Then full speed sprinting again trying to catch the guys sprinting in front of me. Real rubberband effect in the peloton there. Saved by the next intersection as usual.

Felt pretty good on Flatenroad to Skarpnäck and there finding a couple of guys riding good and tried to hold their wheels. Last straight up to Enskededalen and people dropped like flies, found a rhythm and passed people, ”relaxed” on the small uphill and pushing to the limit afterwards on the straight. Ended with my legs really standing straight out and my lungs trying to twist back to normal again.

That’s a morning ride worth riding and the feeling setting a Personal Record of the Stravaroute from 55min20sec to 51min52sec with an average of 39,1km/h is just satisfying. Really happy to enjoy a great breakfast with some great people at bikecafé Le Mond afterwards in the sun 😀 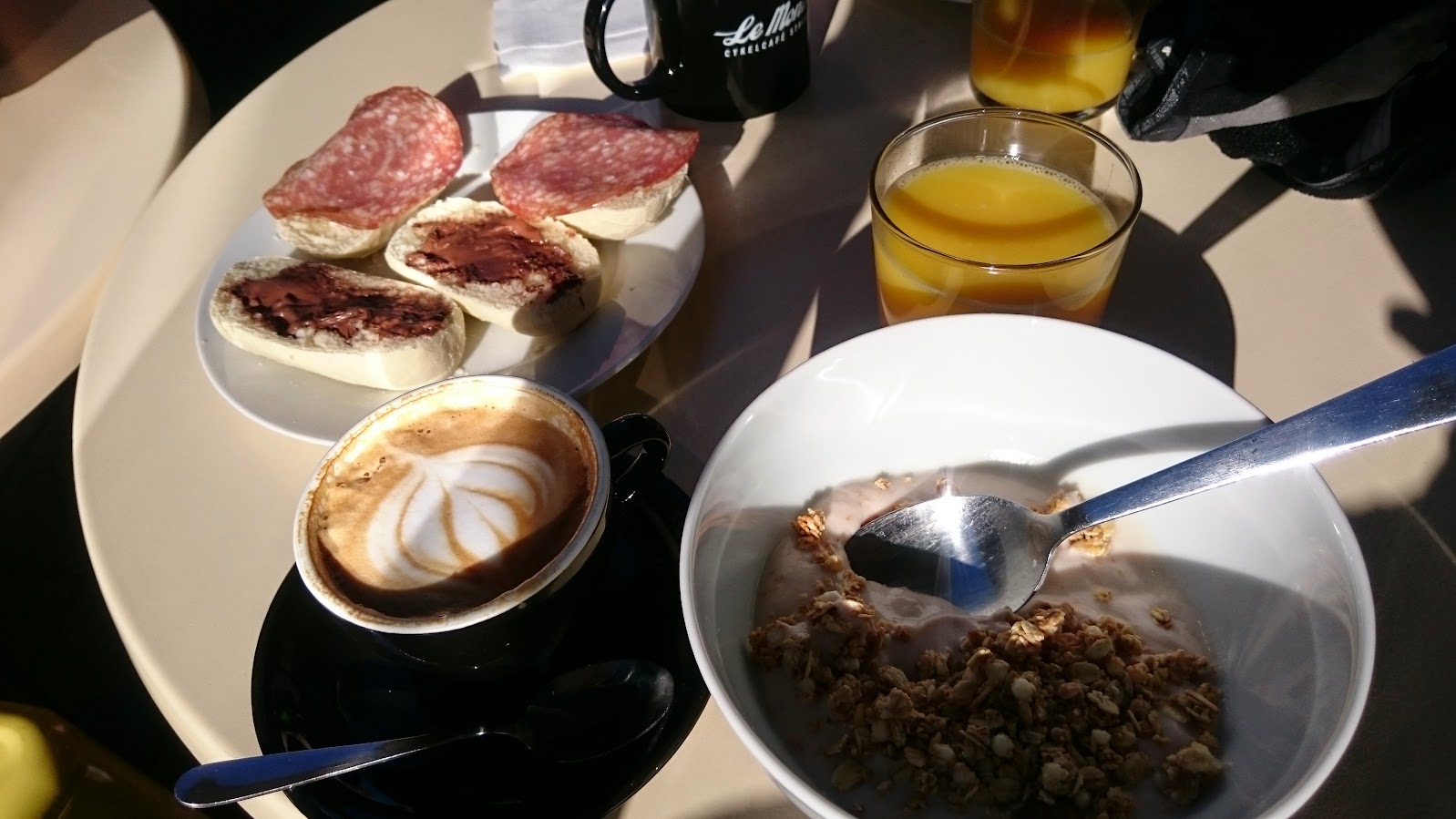 Washed my bike and made it shine afterwards and today it met its bigger brother, Allez Multi Keyline meeting at work: 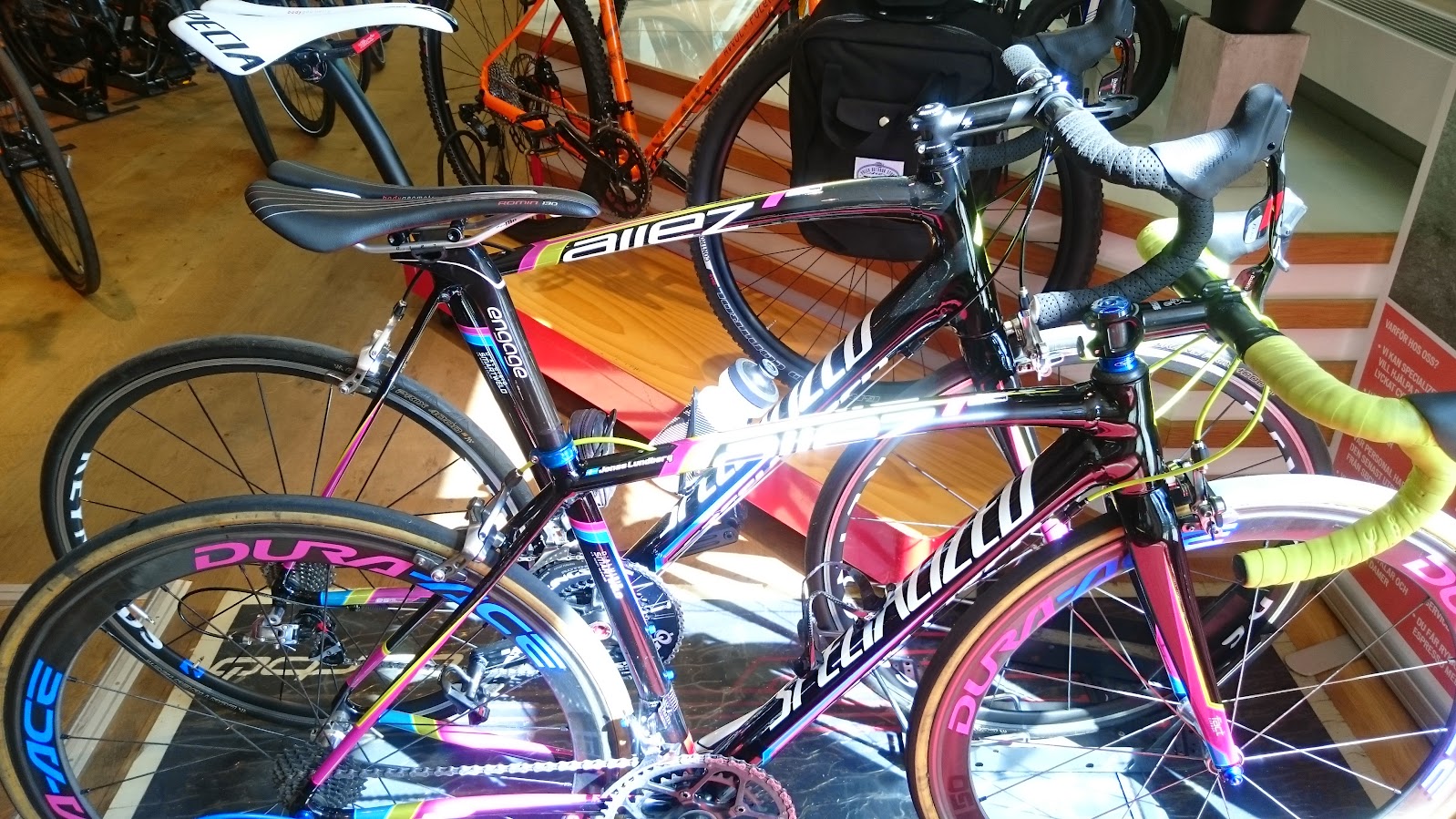