Never give up is the word of today. It can change.

Today I met up with these: 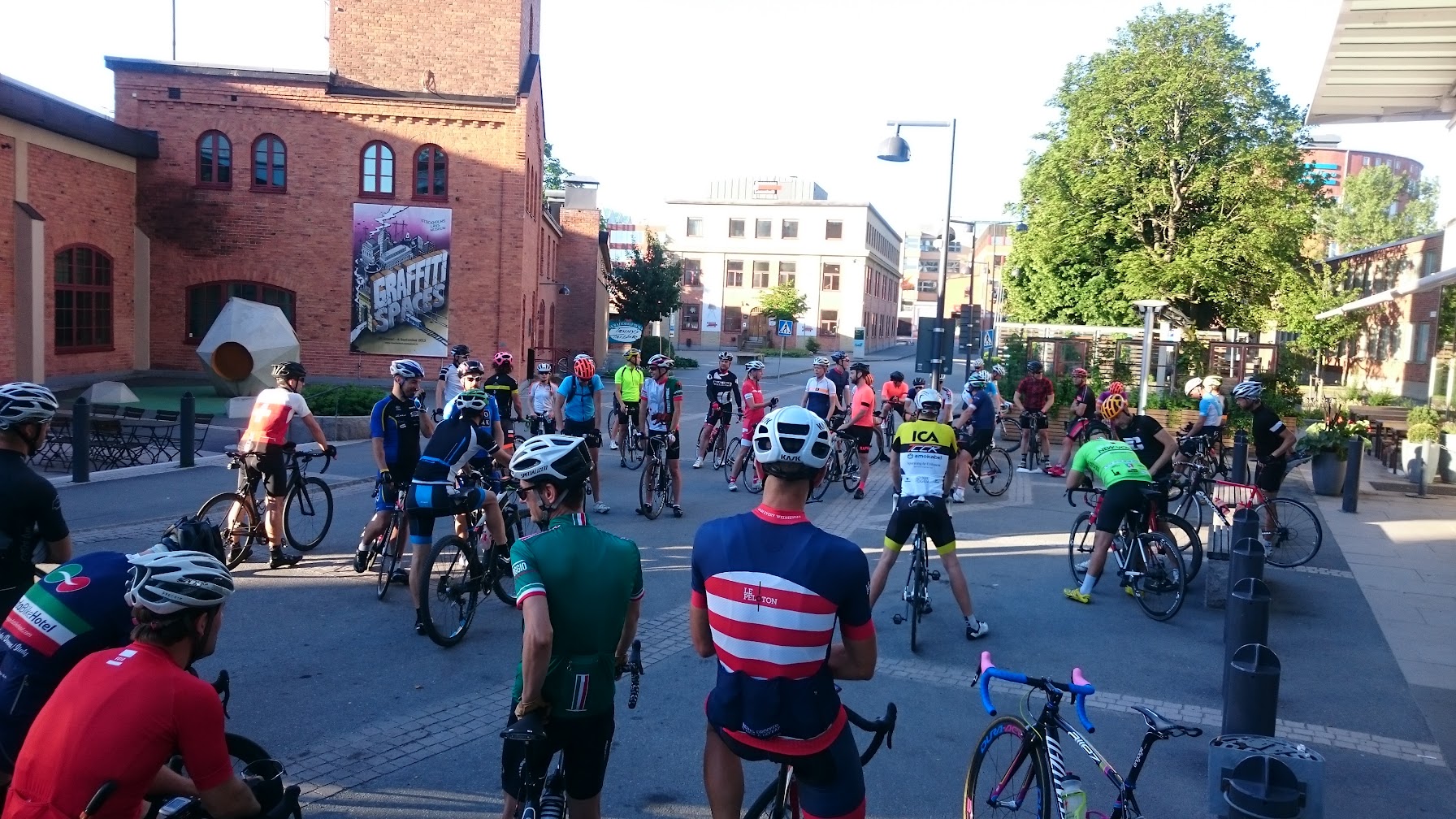 After I had to chase on the road to Saltsjö-Duvnäs to close a gap it felt hard. Was okey up to Fisksätra but on the way back to Saltsjö-Duvnäs it felt hard. Got a good position up Ektorpclimb but still became a big gap to the front. Tried to cover it but couldn’t manage at all and got passed by some guys up to the roundabout. Tried to hang on the wheel on them and finally caught the front at a redlight. Sat last afterwards and after Sickla I thought I will get dropped and have to take the shortcut in Älta.

But I didn’t get dropped. A friend didn’t expect to see me still be in the bunch there. We was some guys getting dropped up Lindalen and the chase on top there I have a hard time with just hanging on. 2 roundabouts and sprinting out. Sat down and then rised to sprint again to try to catch the 2-3 in front of me and managed it. Got all back together at the next intersection. Full speed at Flaten and got dropped a little in the climb. Got back up at Skarpnäck and hanged on a wheel. Out on the last straight I found a wheel of my friend Henrik who did a lot of the work today. Kept it and said I wouldn’t do anything until I got over the last small uphill and I didn’t. Henrik passed and I hanged on.

Felt like I had little left so passed Henrik and pressed all I had before the Enskededalen sign and end. My legs stood straight out and my arms hurted, as did my back. And those last 50 seconds I had 184 in average heart rate, at least 95% 🙂

Really felt like my body deserved the good breakfast in the sun at bikecafé Le Mond after that: 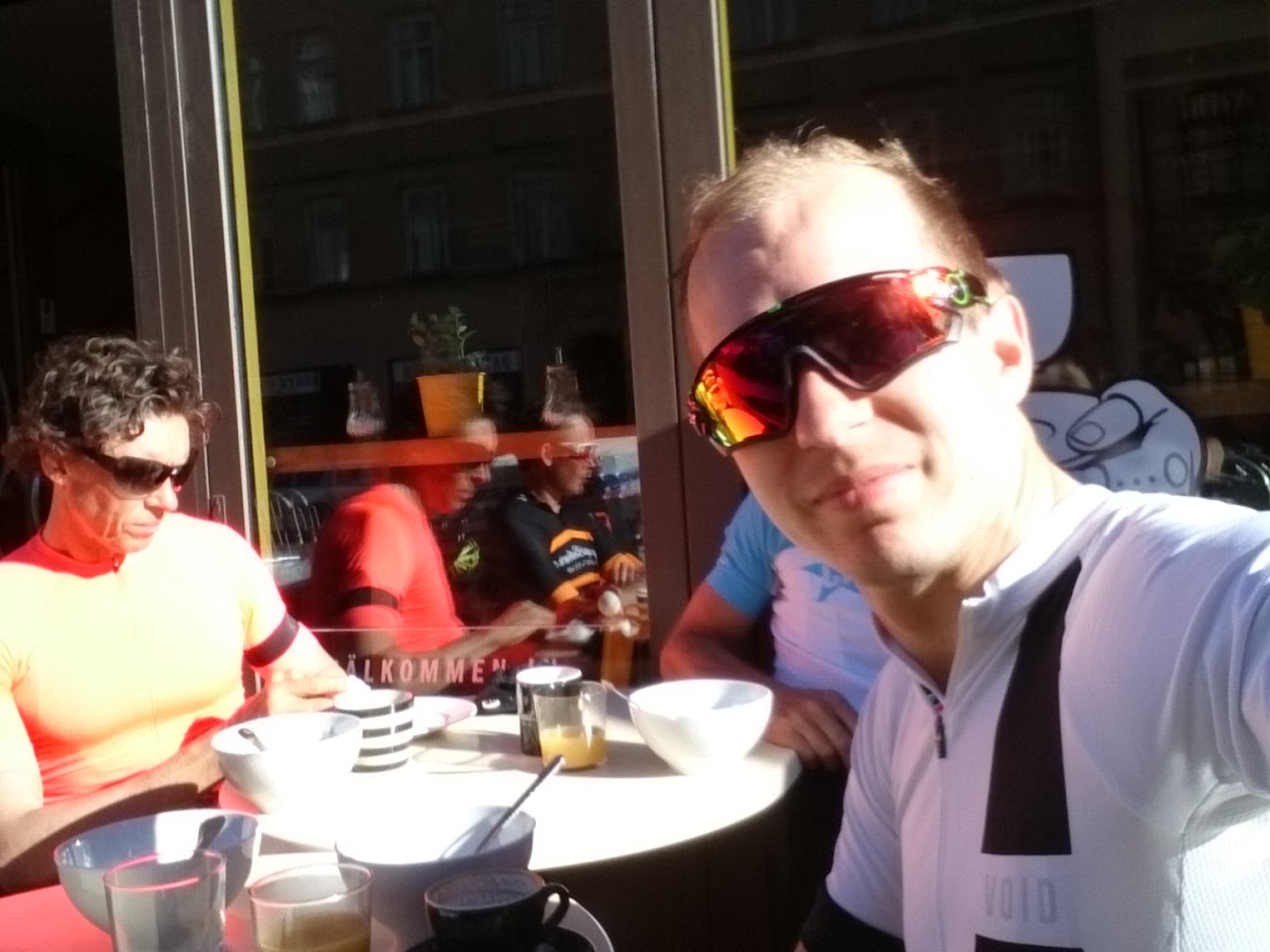 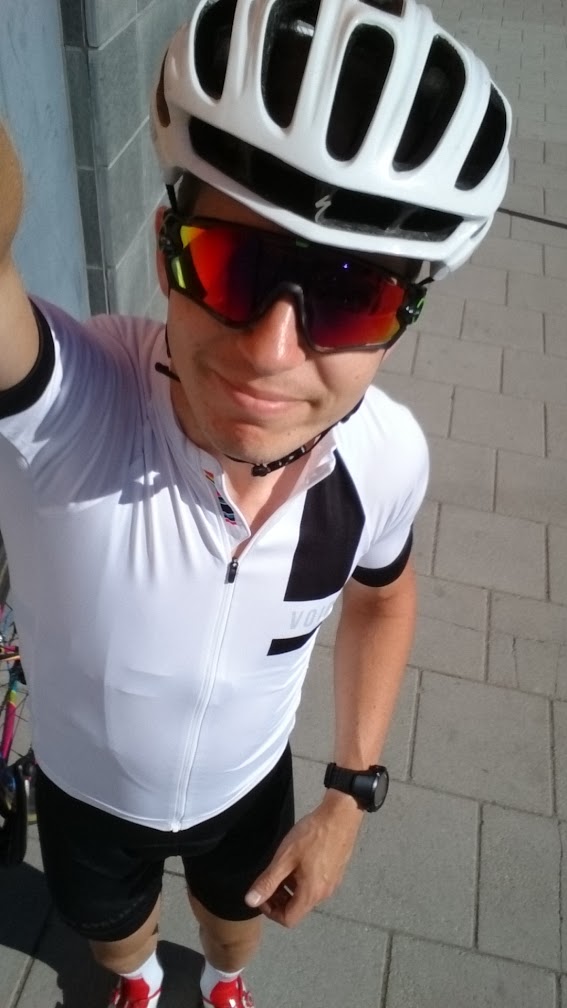