Time flies but I didn’t fly on todays Peloton. Had been raining before but wasn’t any rain at the start today, think that and summer vacation made the amount of riders so small: 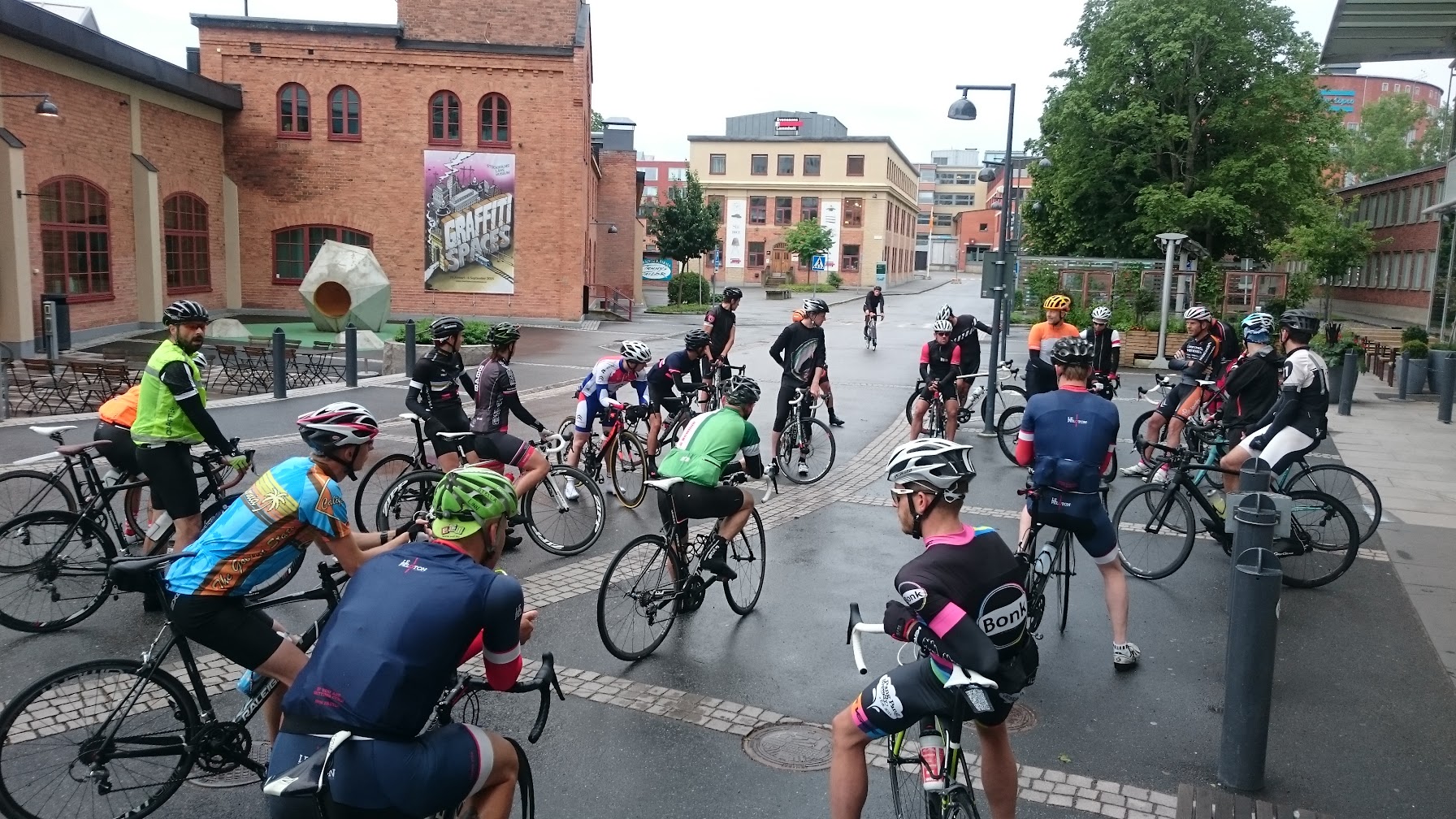 But Nils and Rille was there to keep the pace up and today we had a nice visit from Umeå by Camilla (to the left hiding behind Oscar in orange vest.

Started ok but as usual there is a big gap on the road to Saltsjö-Duvnäs where everyone has to chase hard to keep up. Got together where it starts to go up to Fisksätra and in the climb there I couldn’t keep up. Became a small chasing group that caught the rest at the sprint finish in Fisksätra and rode back down. Almost got up in front once but the guy in front of me pulled to hard so had to go in on his wheel. And up the climb in Saltsjö-Duvnäs there was a fast small group first and me in the end. When it flattened out I had to drop and many with me, started to chase but never reached them, just almost.

Was first in the grupetto through Sickla and after going around a lap I was up in the front again in the climb up to Hellasgården. Couldn’t hold it so fell just straight through the group and rode alone to Älta. Got company by Oscar and one other the rest. I felt that I had been riding hard the evening before 😉 The rain on the way to bikecafé Le Mond didn’t make it better but found the great breakfast 🙂

Here I was supposed to add a picture of the dreamteam getting us pelotoners smile, Sandra and Kalle at Le Mond but my camera didn’t save the picture 😦

Map and stats instead: Strava