Sometimes you just got it. Haven’t ridden my roadbike since saturday and felt the resting in my legs. 29,6km/h to work and a personal record I think. After a good day at work seeing THE cx of 2016 I met up wit 8(?) others for a great ride in the sun. 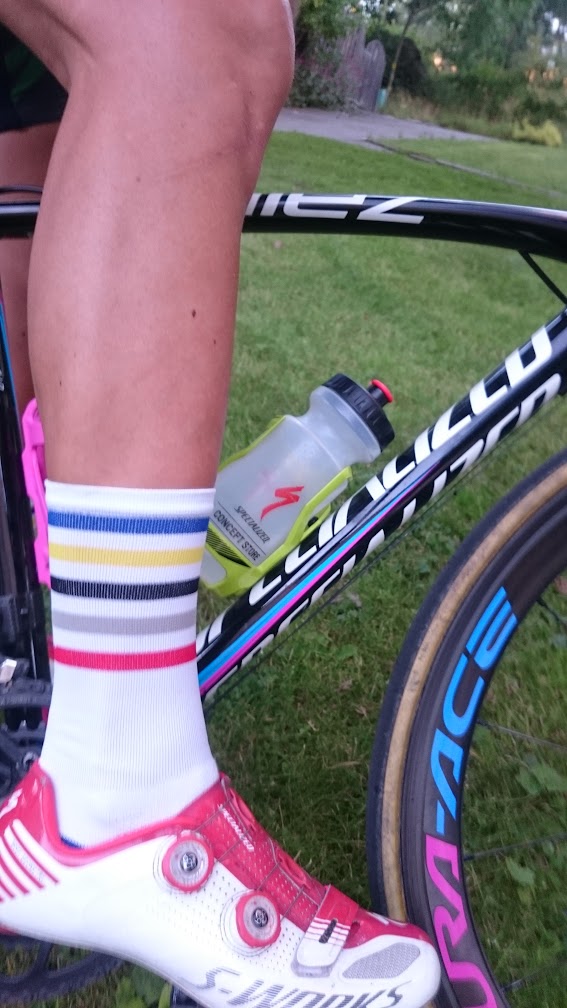 Rode in front feeling good, attacked after a while. Rode fast on a flat section before trying to take some wind but was a bit too hard. Caught my breath for a second and then up the first real long climb. 1,2km with a couple of flat sections. Didn’t attack in the start but pushed on a bit and got Emil’s wheel on the flat middle section. Attacked in the last climb and it was hard, but felt good.

Did some attacks, laughed a bit, enjoyed the company and sun and. Cafécykling from Le Mond is really nice with natural intervals with different types of people. After passing Skurubron on the way back me and another guy aimed for the first climb, and Strava segment. 200m segment at 9% for the steepest part. Didn’t start to hard but when it got steep I showed how fast a Allez can be, geared the wrong way in the middle so had to slow down and gear back down before I pushed again. A bit too far but today it felt like I could push even when it felt really hard. Got a KOM 😀

So fun ride, here some of us: 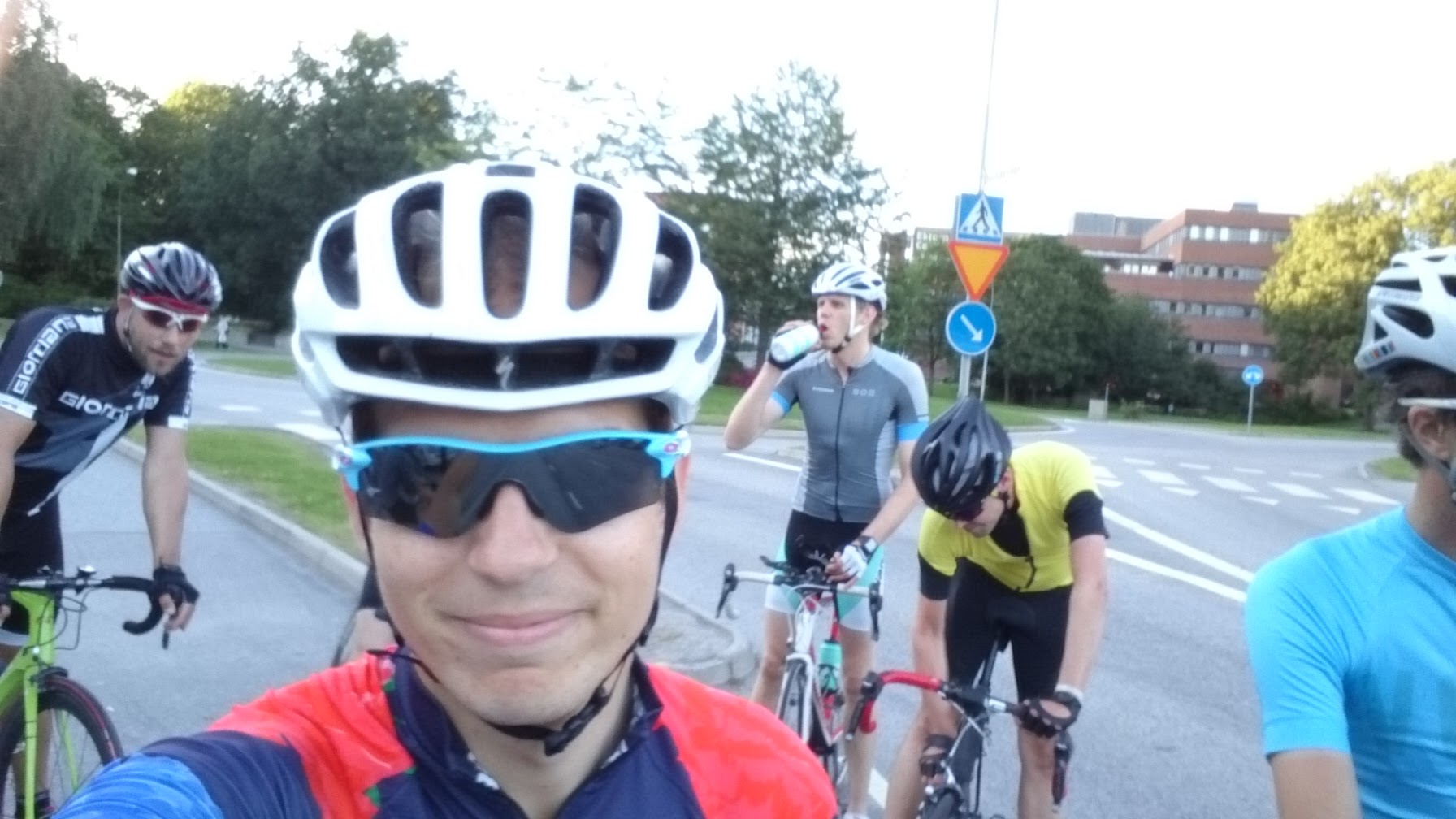 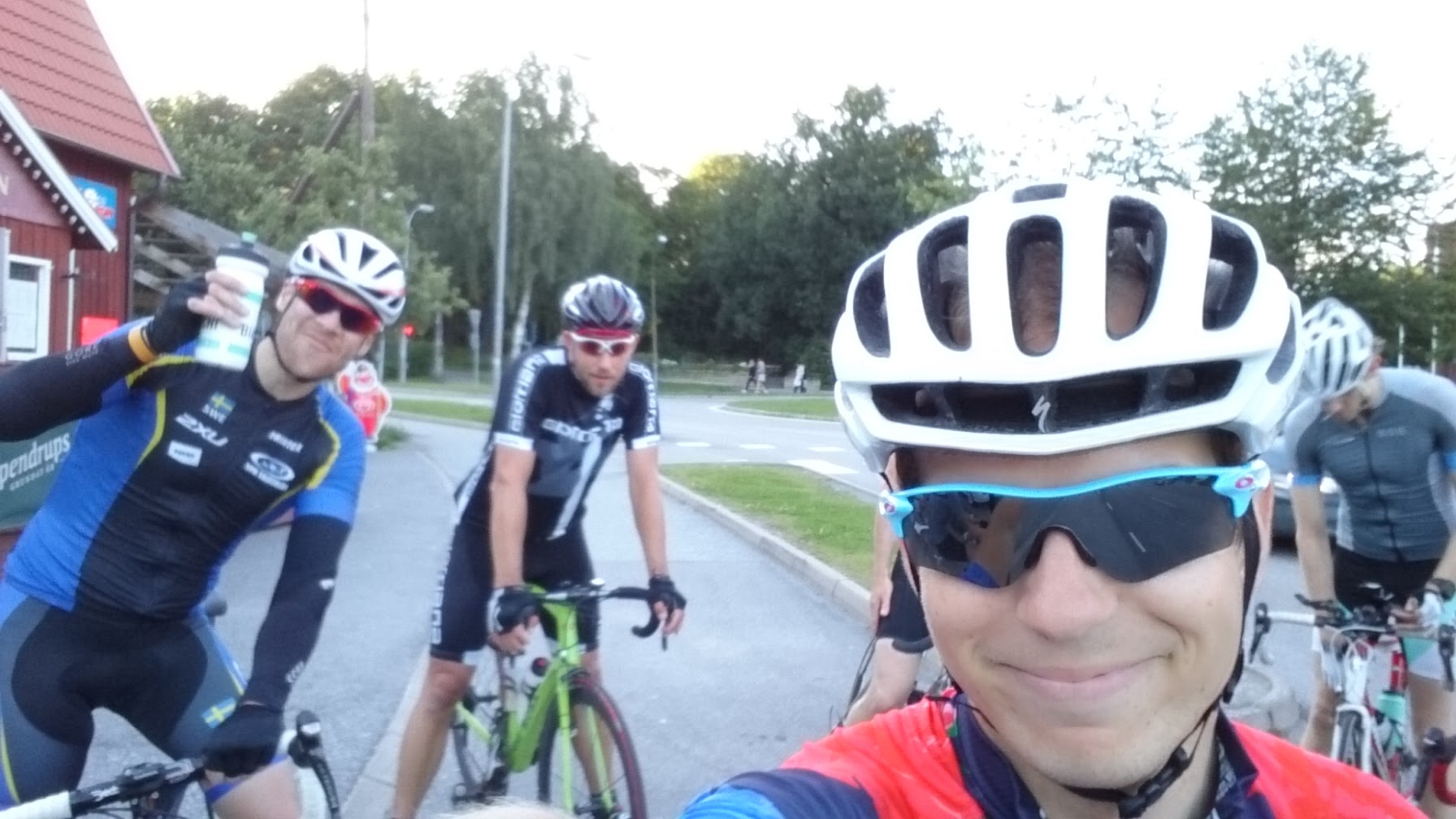 And a picture from Emil: 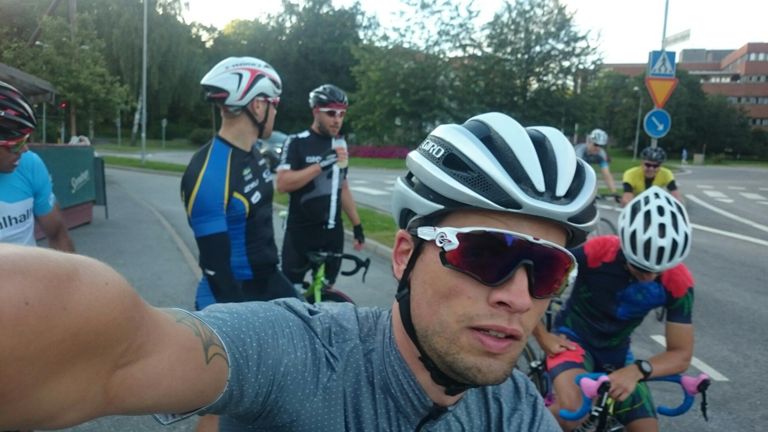