Thought of blogging yesterday but it was a long breakfast in the sun and after work I have moved to another apartment. The morning started as usual at Urban Deli with these: 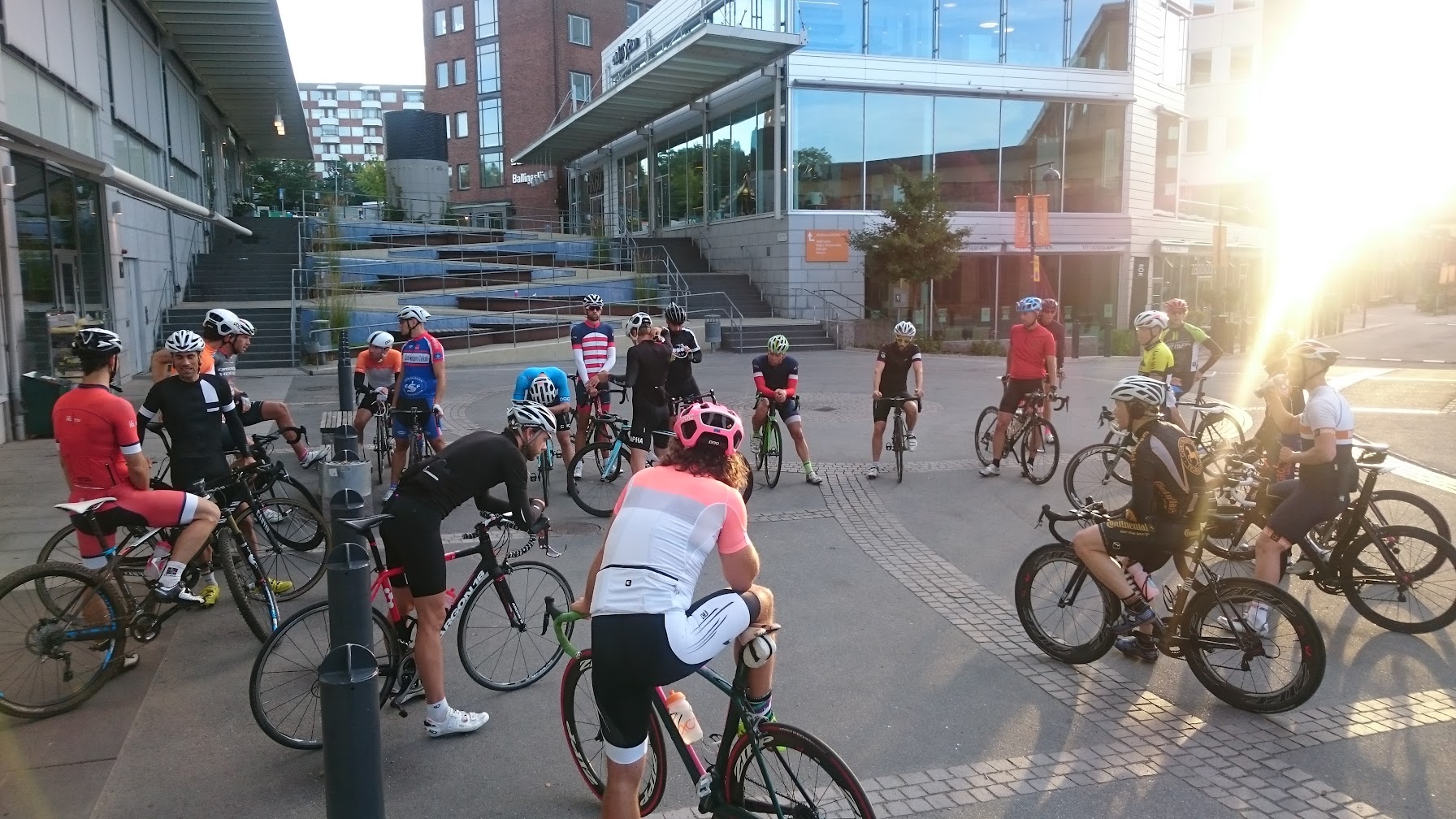 All went good out to Fisksätra then while spinning easy Håkan and Christopher got together and the 3rd crash in the history of Le Peloton was there. One broken frame, one bike with small damages, one bleeding head and probably one broken bone. 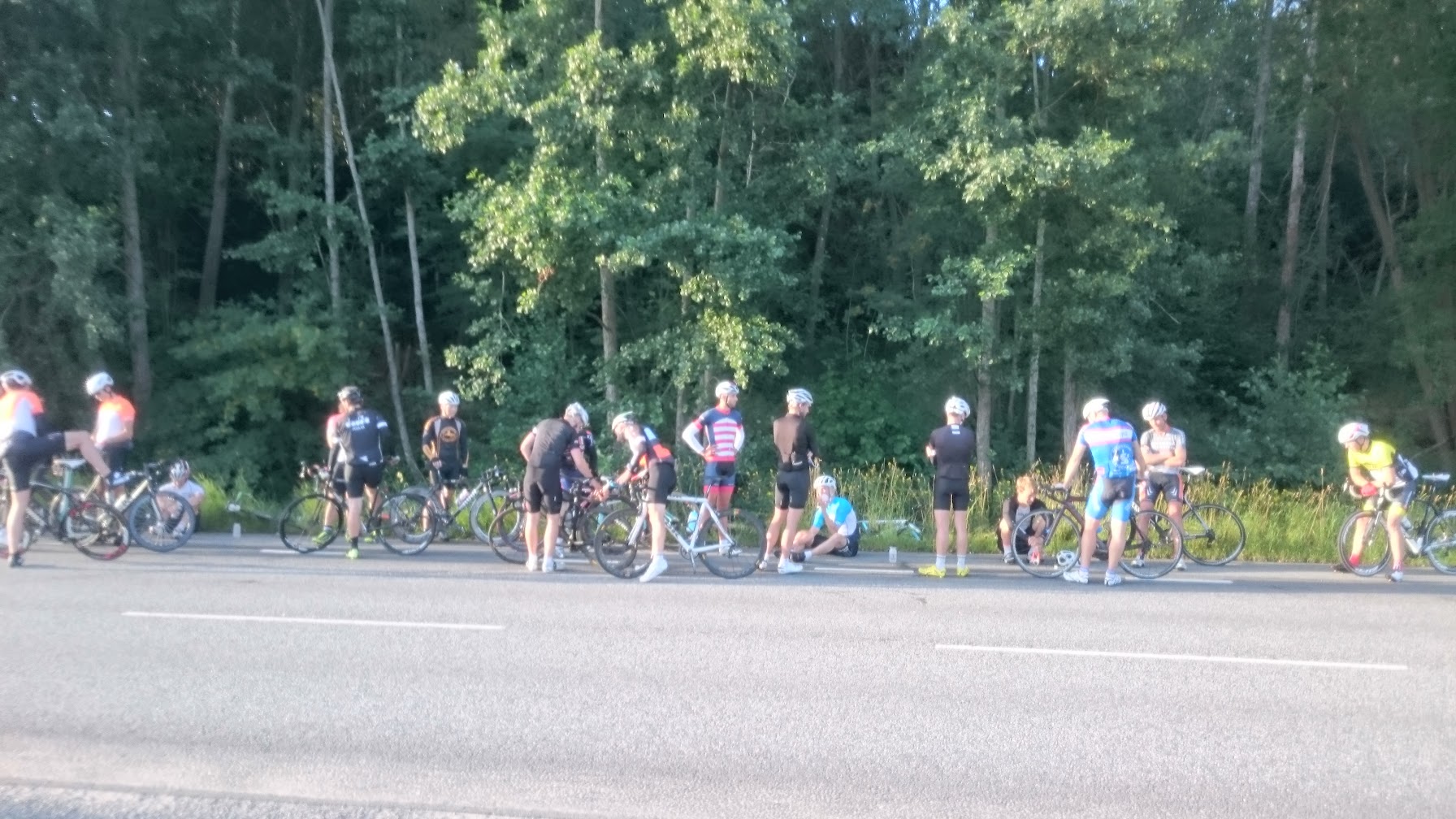 Shit happens, but extra sad when you know the ones who crash. Good it wasn’t worse. The others left when the ambulance came, me and a third guy that crashed a little waited for Christopher’s girlfriend would come and collect the bikes. Rode straight to Le Mond afterwards, maybe good with a bit easier after riding 3 days in a row before.

Beautiful mirror in the water on the way back: 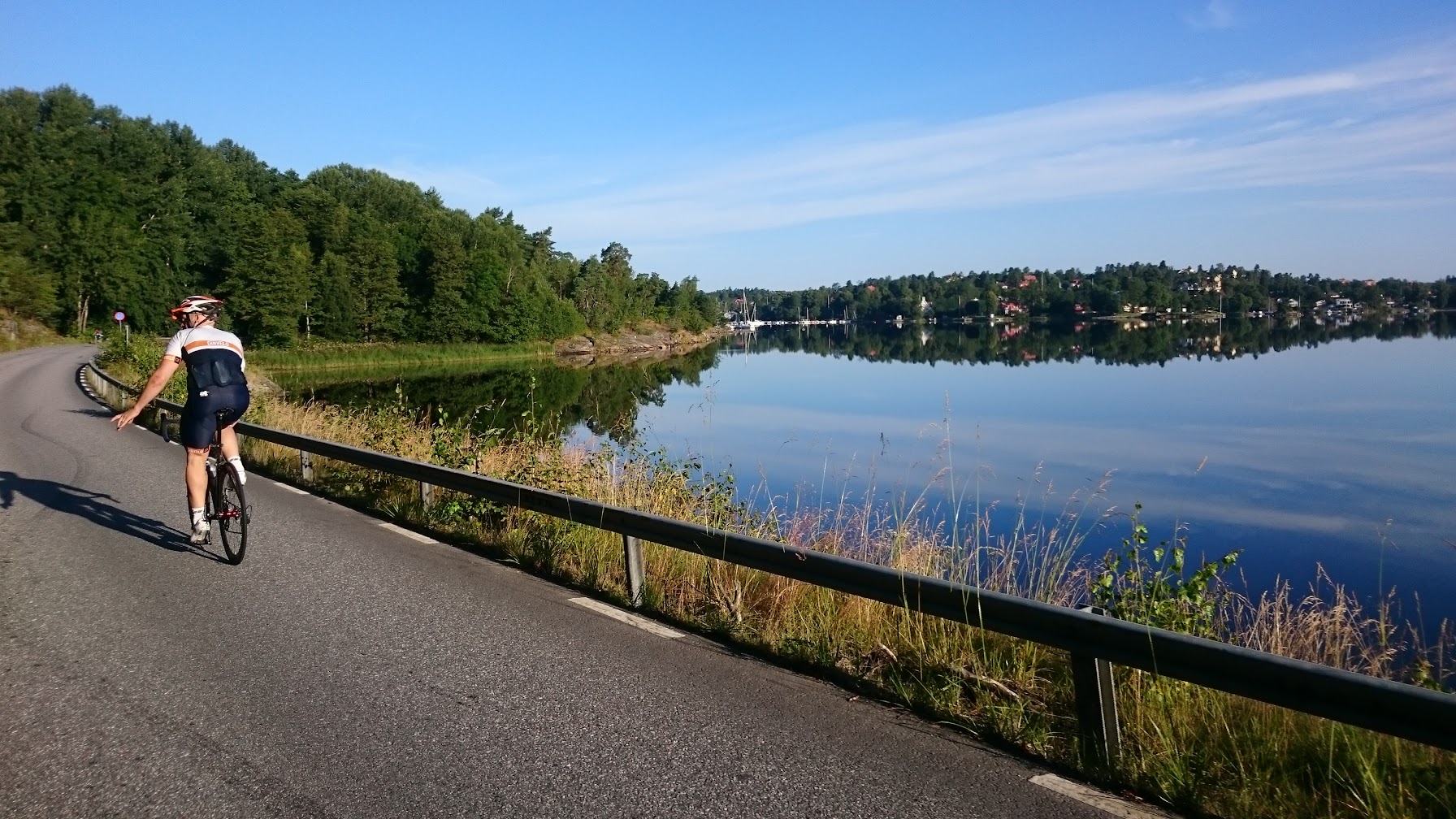 We came just a little before the others who made the hole loop. But 25min later than usual. Enjoyed the breakfast and sun: 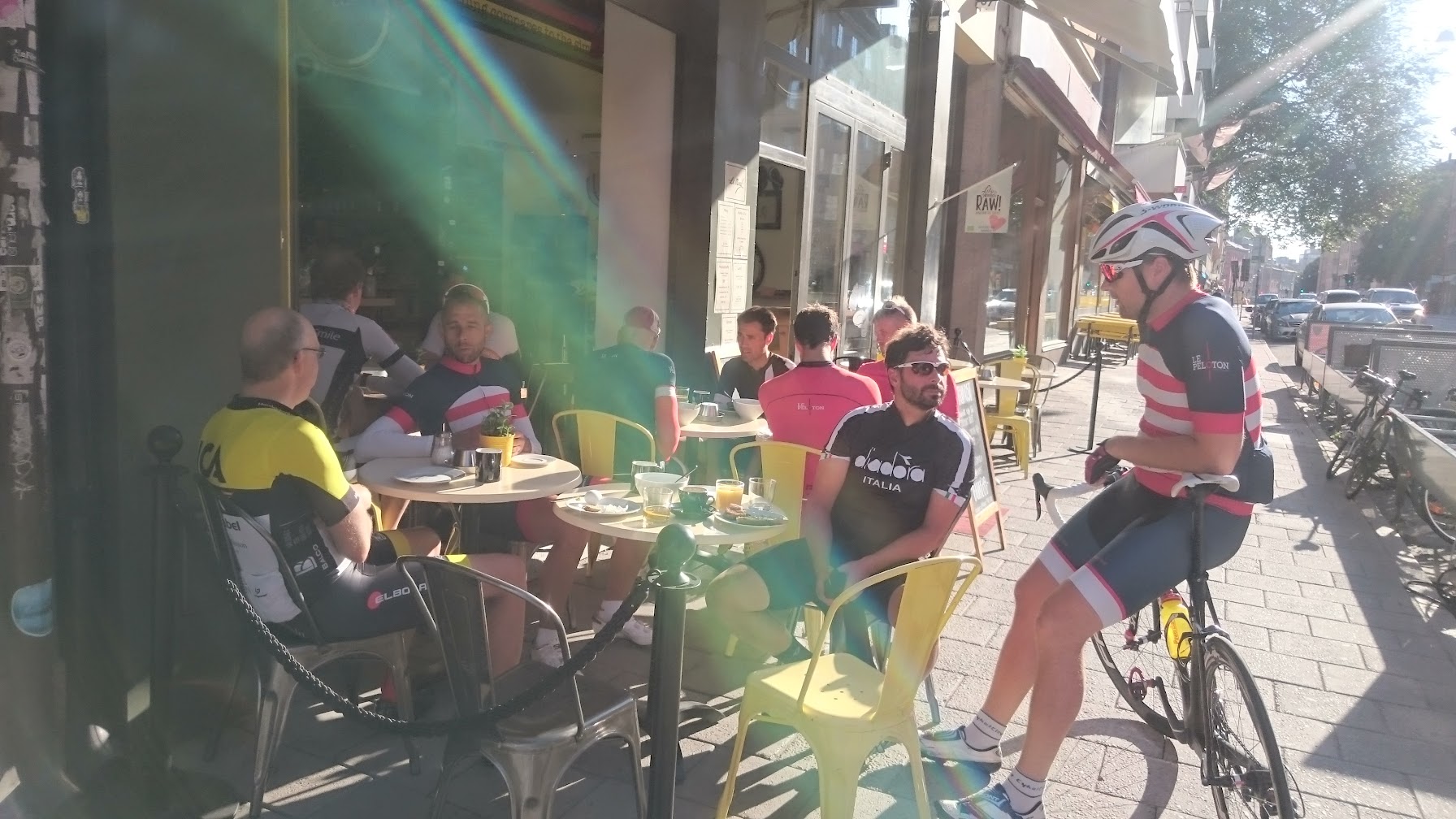