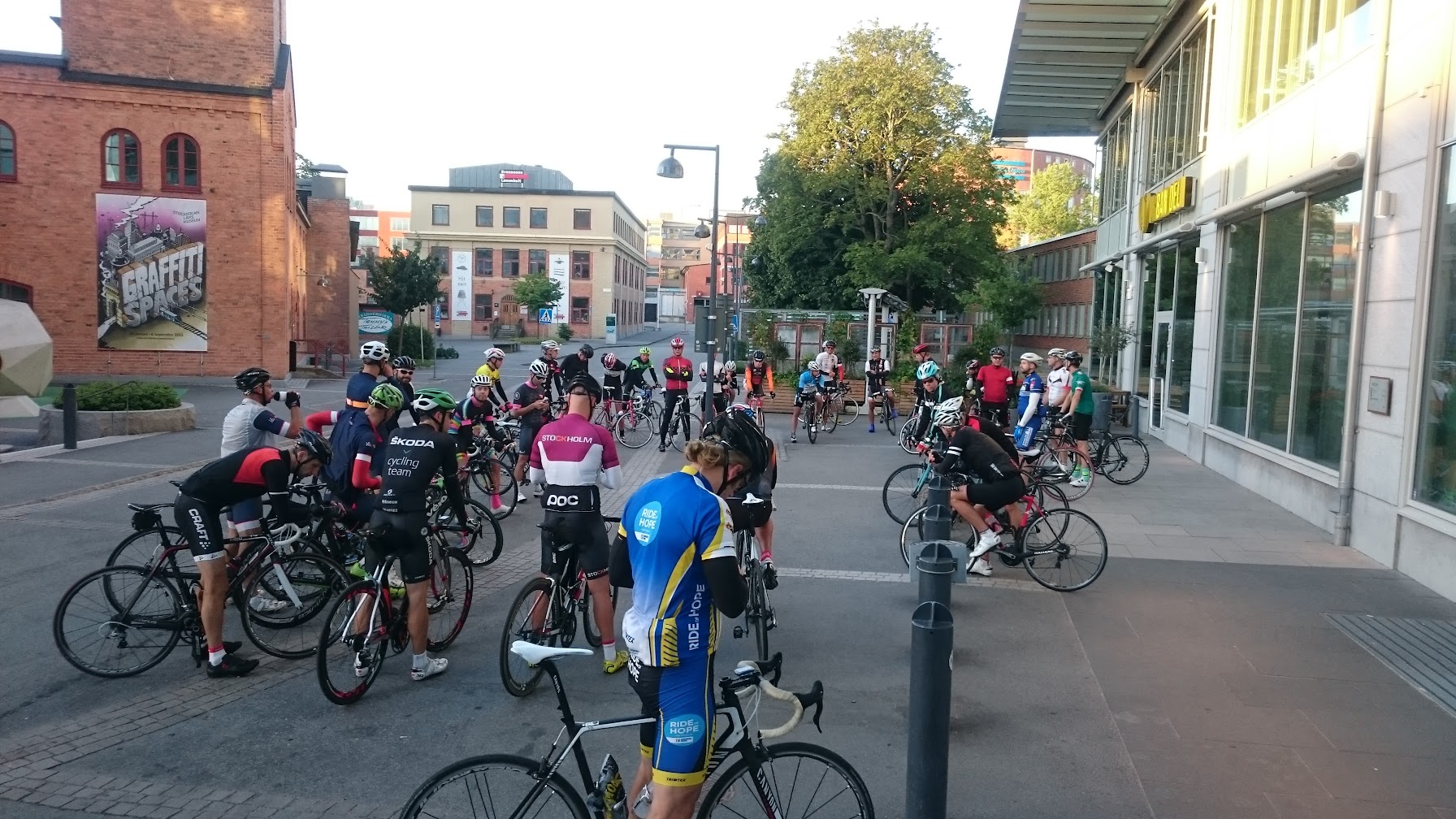 Friday again and a new Le Pelotonride. Thought it would be good today as I rested yesterday but so wrong I was. The teamwork didn’t work at all, and instead of looking like this:

I was some people going up in front and then accelerating and not letting the next guy pass. Or when it was a gap in the beginning that I was trying to close people attacked instead of helping me and the others get up again. 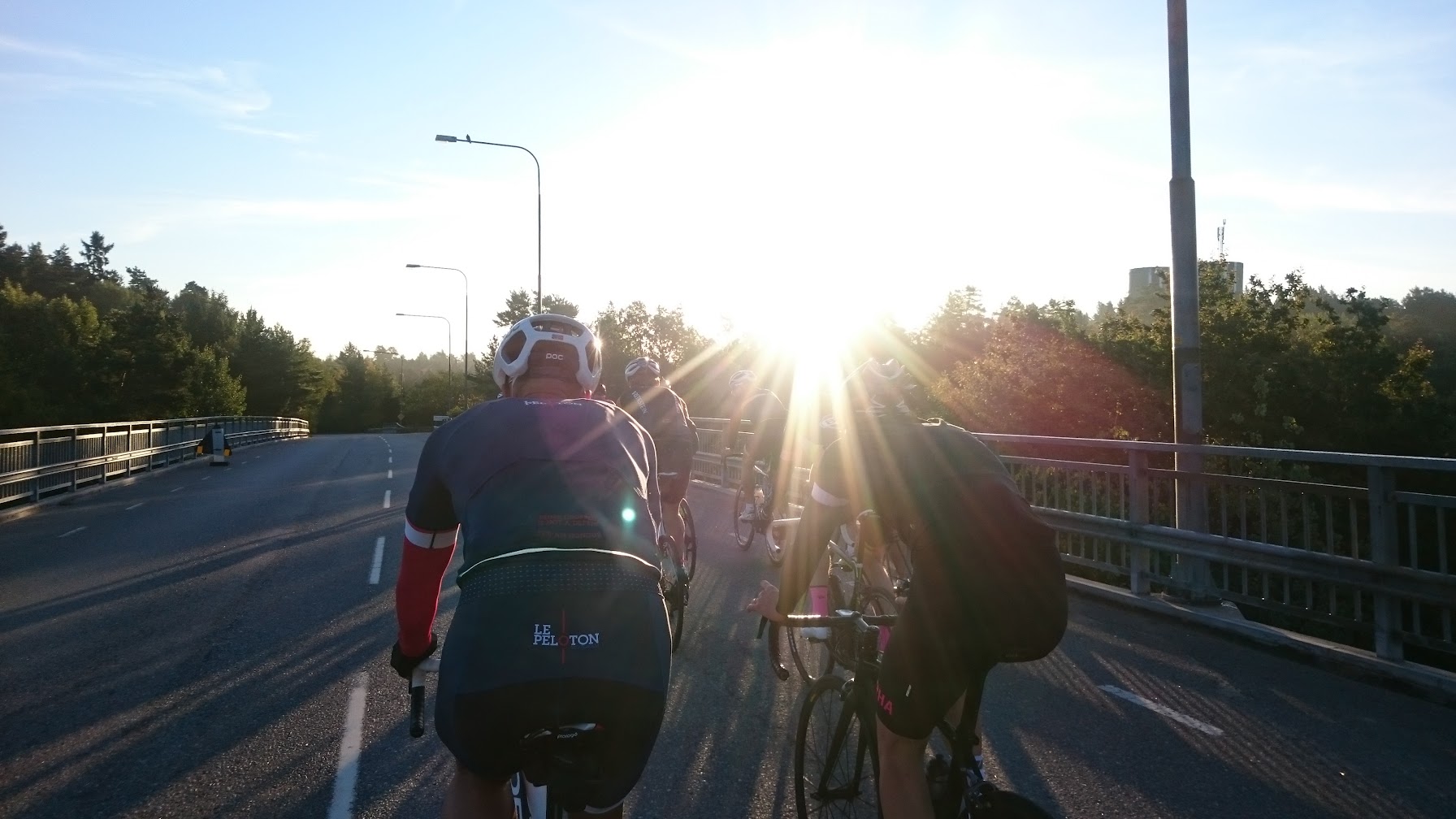 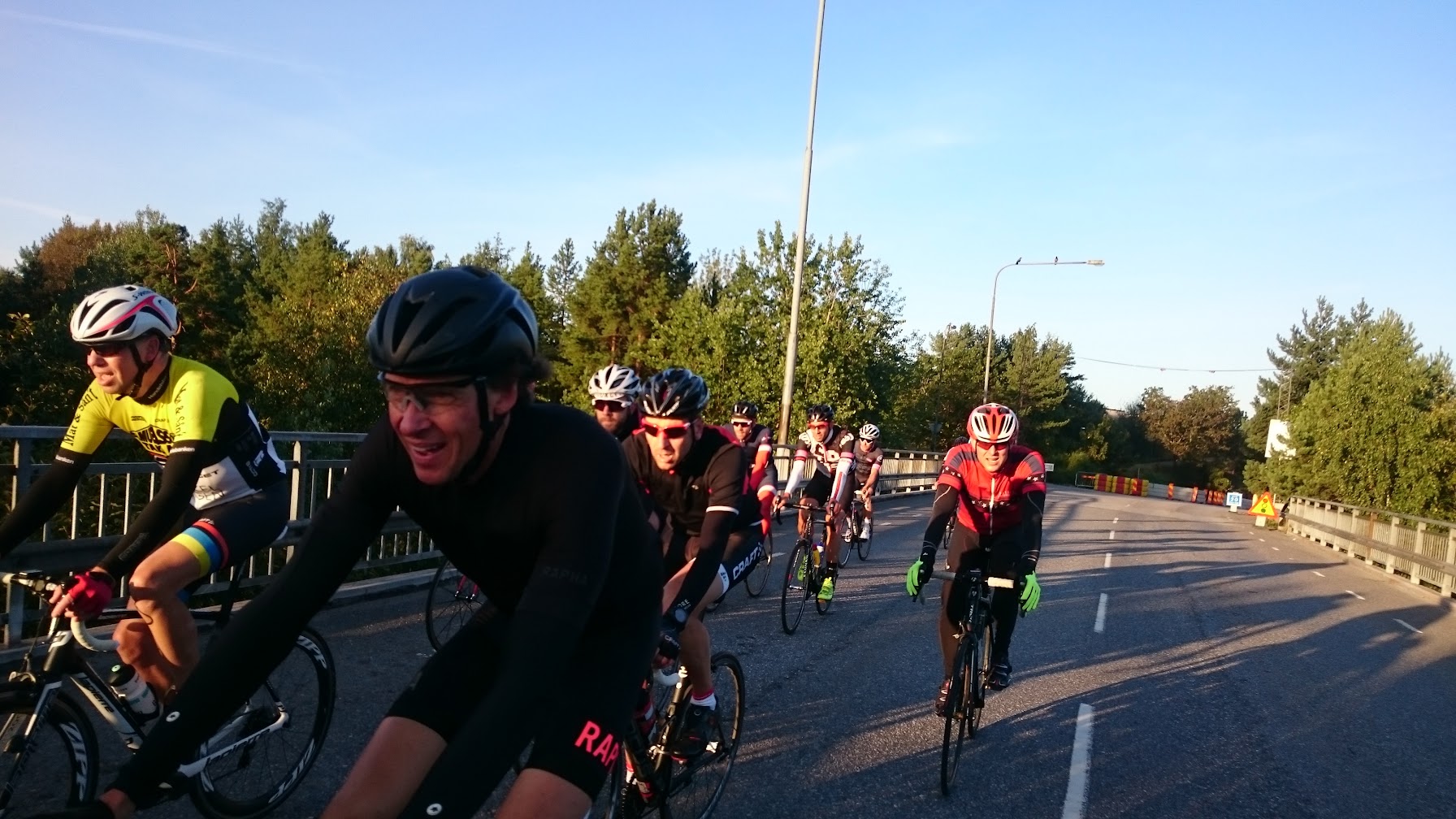 After Sickla and up to Hästhagen I was in the front a bit too long and my legs said stop. Got dropped and got in a group of 4, caught a couple of others a bit later. So we 6 rode together a bit after the 1st group. Heard they had the same problem in the first group with people not going around and letting others come up. Hard life.

But it was a good breakfast at Le Mond: 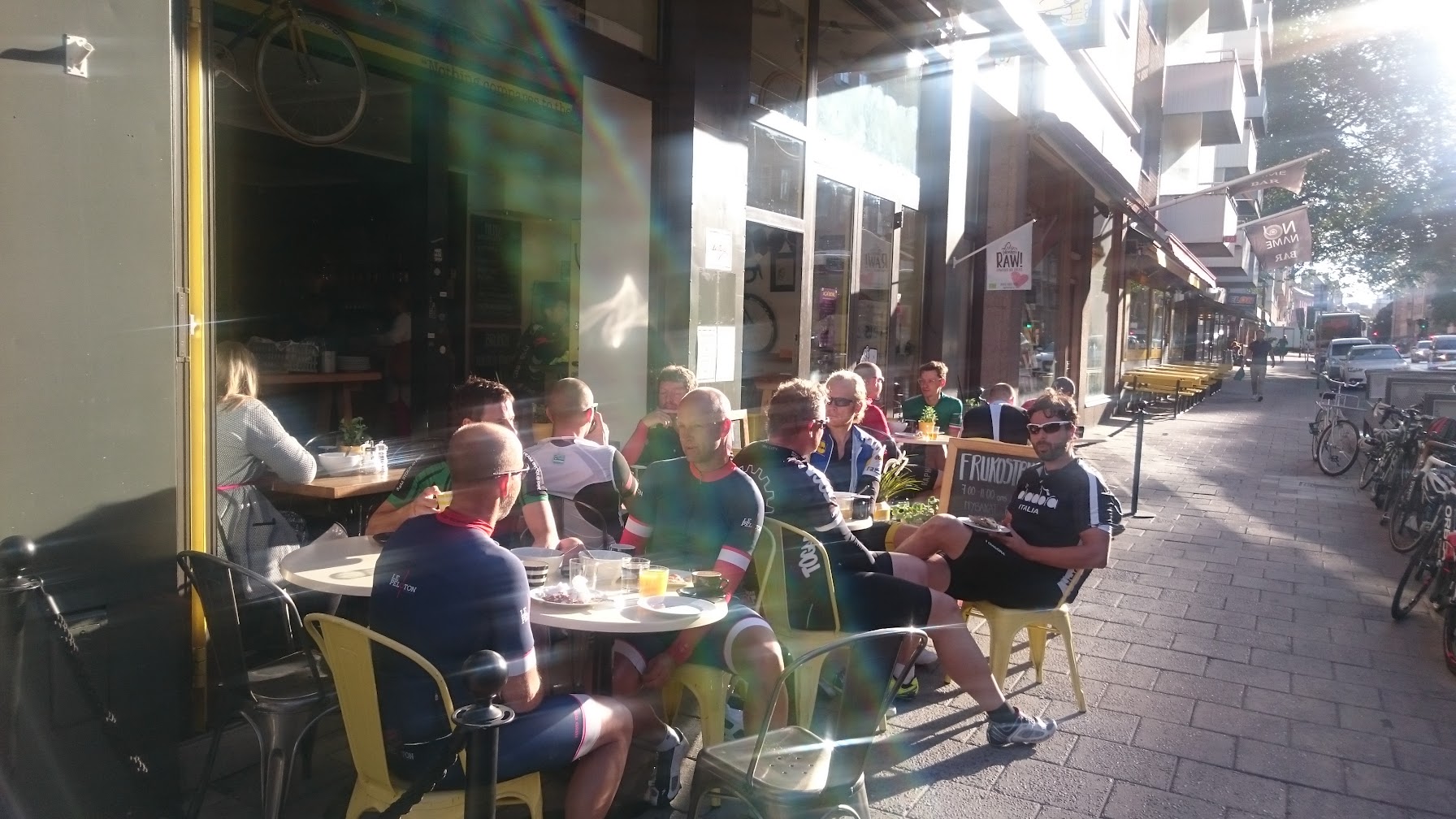 And as autumn is soon arriving I was using shoecovers today: 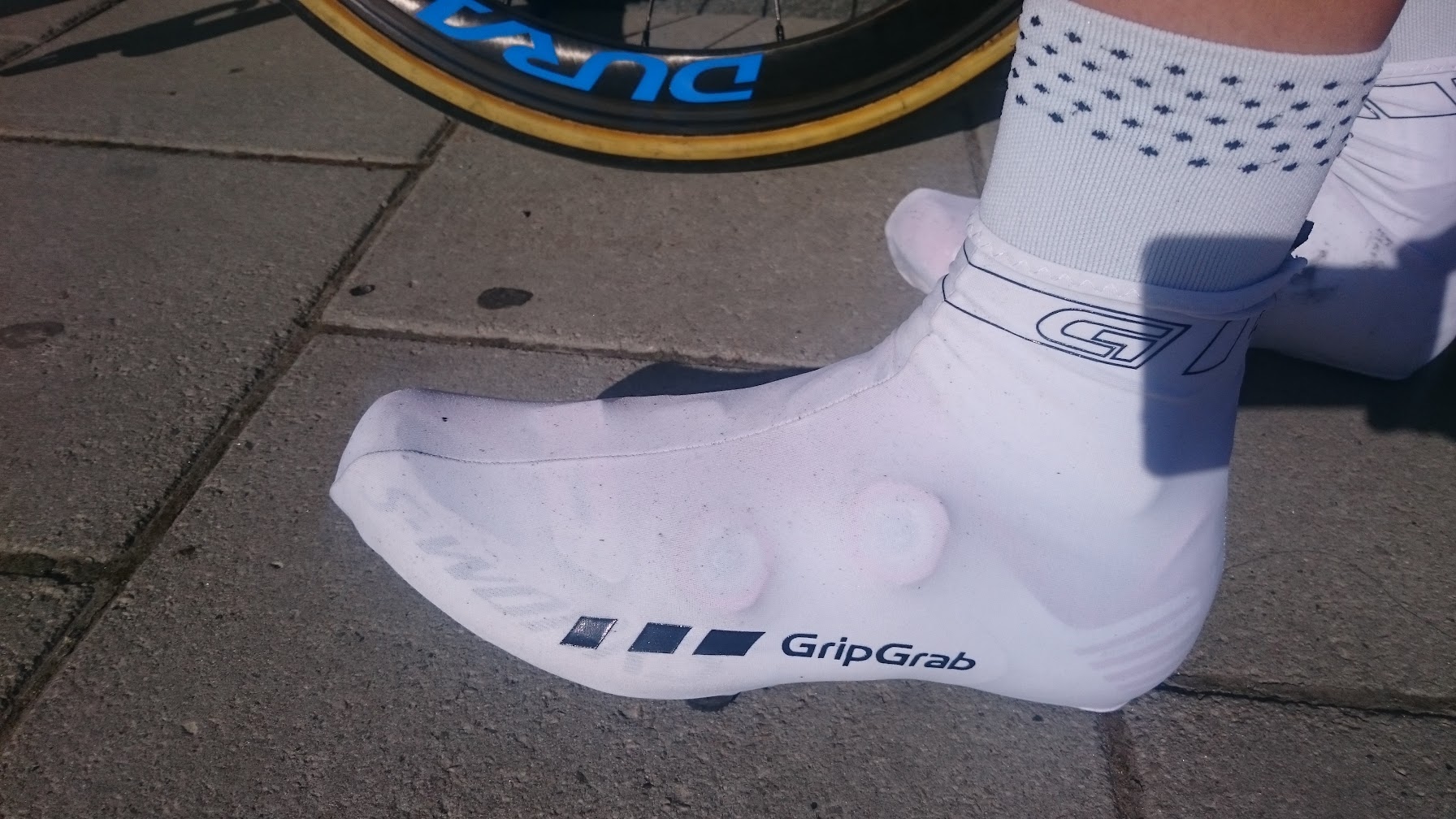 Did have the lungs with me today but not my legs. A place where I had my legs with me was after work when Birjer convinced me to ride a longer way home with him. Easy choice when the weather was like this: 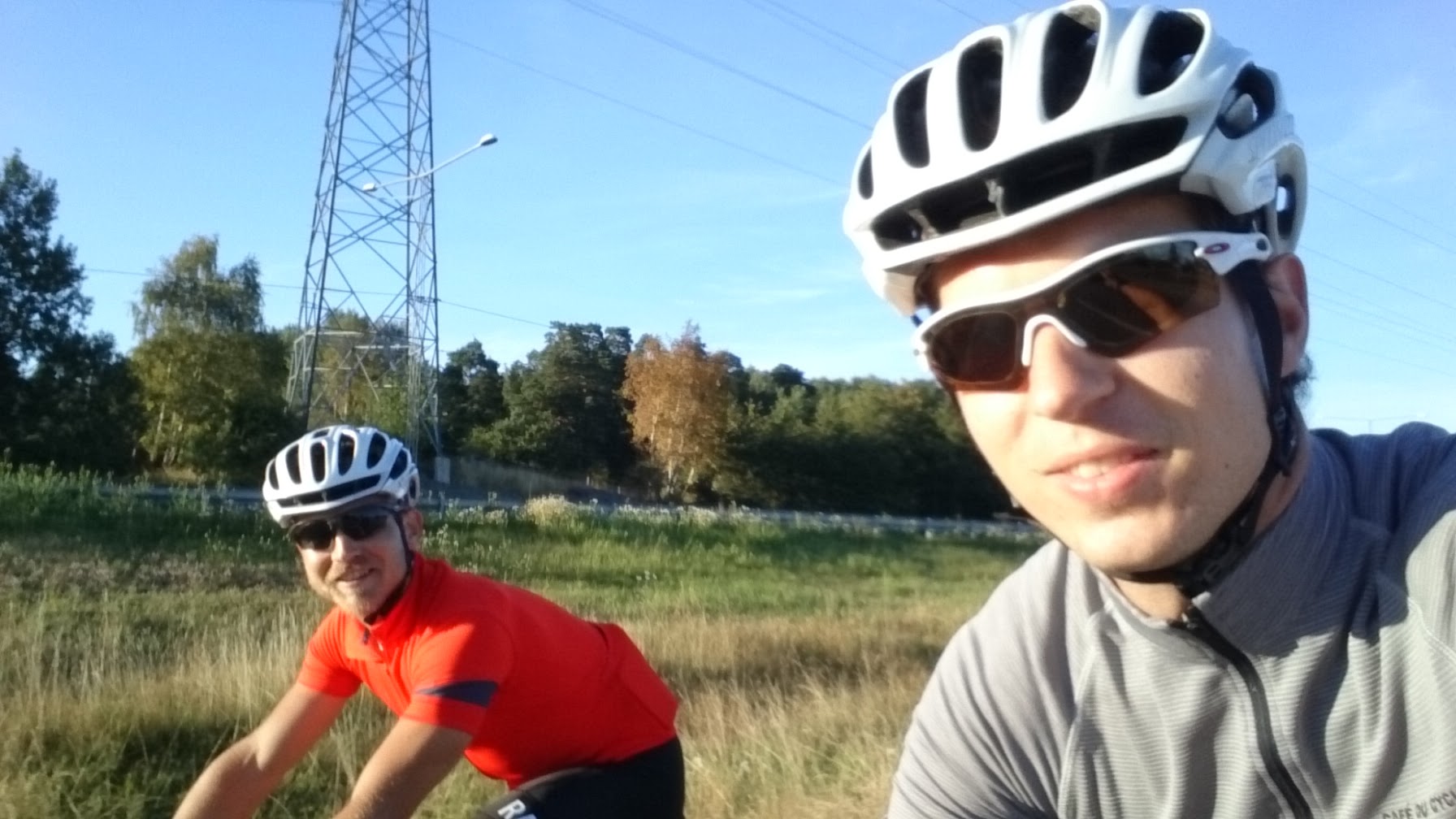