Back to basics today. A bit strange to say but we were not so many today and was very few keeping the pace up in the first group. Kudos to them. A smaller group with strong riders make suffering bigger and rest smaller. I did as many turns as I could but suffered a lot and throw up a little in my mouth in Älta… Managed to hang on and take some more turns, fun going fast as I usually says.

Ended 6th in the sprint behind the strong Nils Penton which I didn’t wanted to pass. and 2nd best time so far, I didn’t believe that as it felt like the peloton slowed down a lot both in Fisksätra and Älta. But we also missed the redlights which can make a big difference.

Breakfast at the summer place, Magnus Johanssons bakery in Hammarby Sjöstad so closer: 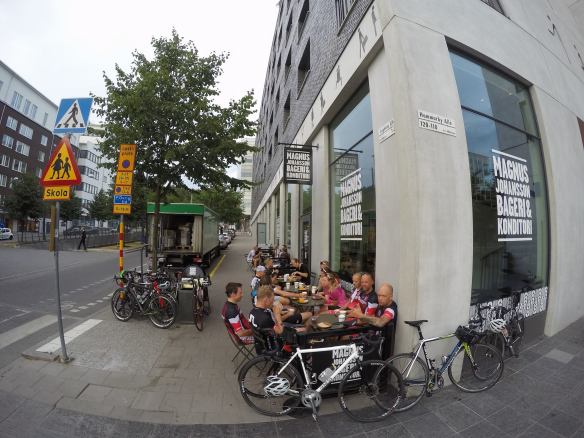 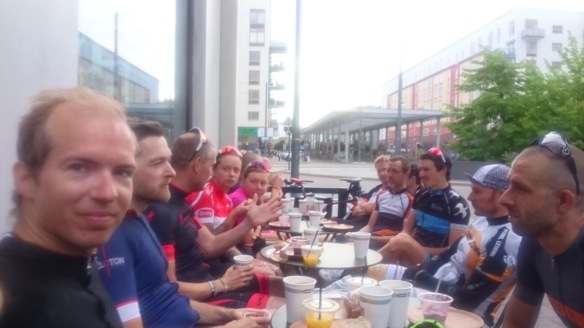 See you next Wednesday 🙂