This week it was back to normal. Very few today, just 5 with Magnus who arrived just after my picture: 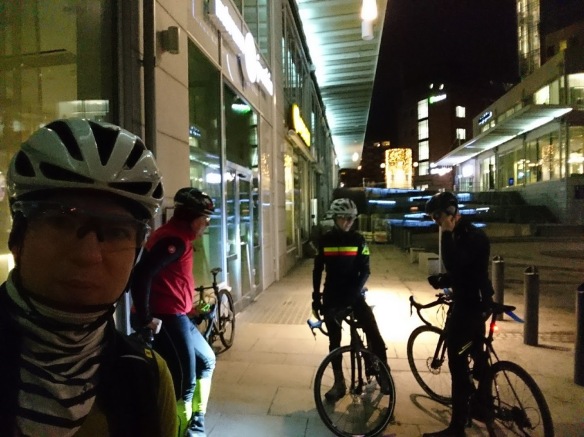 Emil and Nils took the lead and at Ektorp I was dropped 😦 Magnus dropped a little later and I caught him just before Sickla. Rode together the rest. Wasn’t going as fast as my mind hoped for but as fast as my legs managed and with just an average on the loop of 30,7km/h it was okay. We did our best and got some good training. And of course good breakfast at Le Mond as usual. As usual in almost a full Café du Cycliste outfit: 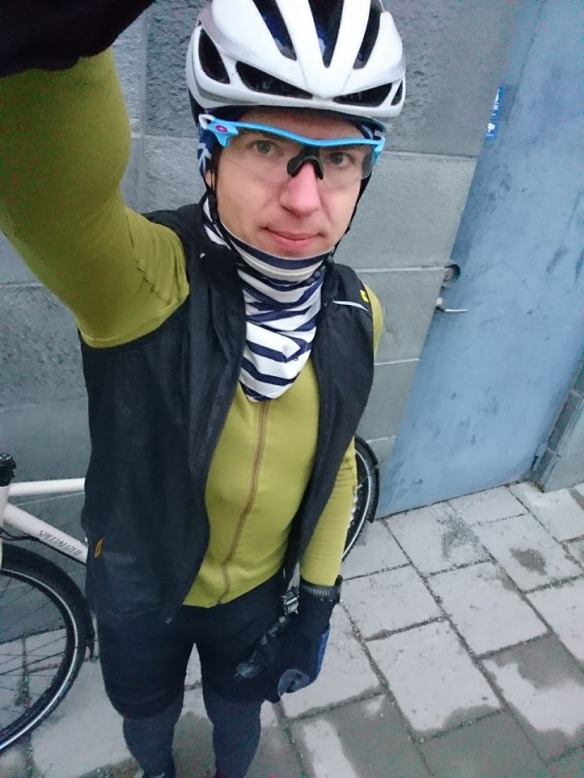