If you missed it, don’t miss the replay of this awesome race:

First World Cup of the year is finished and what a start. Many good riders and good fights. Jolanda Neff was in the lead together with the 20 (!) years older Gunn-Rita Dahl Flesjå but took the win. Annika Langvad had some problems with wet rocks and crashed more than she hoped for loosing 3rd place to Pauline Ferrand Prevot and on last lap Catharine Pendrel. A funny thing is that everyone except Gunn-Rita on the podium is world champions in different cycling disciplines now 😉

Men elite got as excited with Jaroslav Kulhavy back in shape. Really impressed by him yesterday and even taking the win in front of Nino Schurter. Julien Absalon never reached them so ended 3rd: 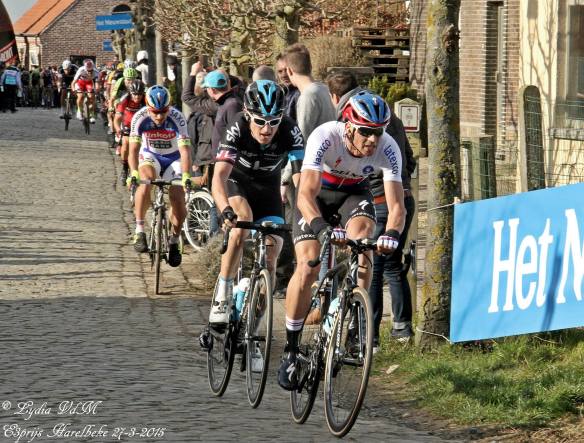 And post-race quotes with Etixx:

Stybar wrote about it too, great race today. Zdenek Stybar Sad with the crash of Fabian Cancellara. Will be an odd ronde and Roubaix without Cancellara and Boonen.

And then we have Luna Pro Team. Presentation of their superteam 2015:

Are you ready for the start of the great CX season? Wednesday evening, or Thursday morning for us in Europe the Cross Vegas goes of. Will it be europeans on the top like last year or is there any faster americans?

What an awesome racing day. Not the worst to be home laying in the sofa with a cold when it’s such action live on the computer. Alexandra Engen is moving up again. Ranked 2nd in the world and took the lead early in the race, falling back a bit but ended 4th which is a spot better than last week 🙂 Top three here:

Well worth seeing if you missed it. Replay here: Red Bull

And then the mens race. Emil Lindgren got a good start and was in front of Nino Schurter for a while before dropping back. The big favourite Jaroslav Kulhavy riding Burry Stander style with slammed stem (-24°) without top cap went down hard on the Rock’n’Roll section and ended far back. Nino Schurter pushed hard all race with Julien Absalon on his wheel. Like racing should be with the favourites showing how things should be done. Schurter did like last year and attacked in the last climb and took the win again:

A small thing from todays race is that Jose Antonio Hermida Ramos rode Sram XX1 with a chainguide.

Don’t miss womens race at 13.30 CET. With the fast swede Alexandra Engen that got this special bike for today: 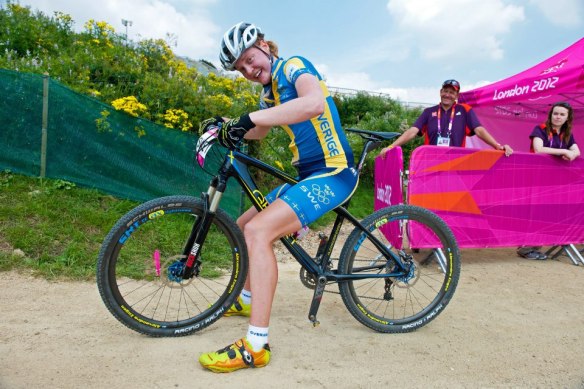 Getting a pair of special AX-Lightness wheels is top, best looking mtbwheels that are available for sale if you ask me 🙂 So don’t miss see them passing riders while Alexandra pedaling.