Me, Petra and Martin rode all the way over Ekerö today. After checking the map, timetables and Strava we found out that there was a 15,6km road around Adelsö so we took the ferry and rode that lovely small road. Strava

Summer is for exploring new roads, see new places and meet new people. Got to think about the video with Deux North riding rallygravel in Spain:

And I found out the group is still making videos. Hunt VI is about climbing as high as Mount Everest on bikes, watch it here:

When you are a group of cyclists that isn’t too many or too few and everyone are on the same level. Then riding in the sun can be awesome. And it was today, everyone wasn’t all at the same level but almost and same enough to have fun 😀

7 riders gathered at Cykelcafé Le Mond this morning and we left for Färingsö and the famous Äppelfabriken (applefactory) to have a nice fika. Emil had found a route and we almost followed it

Emil had written that the pace would be around 30km/h. It was much over when we came out on the nice small roads. And my Tarmac felt like flying, was really nice to push hard sometimes and see the speed over 45km/h on the flat parts. 🙂 This with Live Strava Segments on my Garmin 520 maybe had it’s role too, who wants to loose 😉

Then we had fika:

Café du Cycliste clothes and fika is a perfect combo. No matter if you eat pie or ”proper” food you still looks slim :p Or something like that.

Then we pushed on towards Stockholm. Did the classic lap around FRA and I had a plan. I maybe wouldn’t win the sprint but I would get tired so when we had rode away and turned around I went up in front and pushed all I had. Really good training for me and was really hard when I went in 48km/h with over 180 in heart rate and the road went up a bit. Had to slow down and let the others pass. But gave it all and tried to go around again and sprint. My worst spring ever! 190 in heart rate and like 49km/h when I rised and was supposed to sprint past Peter but my legs were empty and I just sat down again with a laugh about it :p

Rode past the castle which I tried to take a picture of, got a bus instead 😉

Awesome day on my awesome Tarmac. A great way to celebrate the National Day of Sweden 😀

Picture from the bridge on almost the hole group by Jimmie and Emil took the picture of me eating pie.

The biggest miss for me today have to be that I rode 230m (!) shorter than yesterday.

Left home this morning to ride with Rejlers/Sthlm CK on Ekerö as a change for yesterday. Not as good weather with a bit more snow, more wind and without sun, but with more people like this picture Rille took shows:

Rode out towards Ekerö and had a short stop in the beginning to pump some tires:

Then we rode wet asphalt roads and snowy cycling paths. Really wet on the asphalt and not so many with good fenders today so got a bit cold and wet, tried to stay away from it as good as I could.

After all as good as a sunday ride could be this sunday, great people 🙂 Back on the way home in a steep climb I tried to change to the small ring in front but my derailleur was frozen, first time it happens and it is impressive how good my rear derailleur worked today as my bike collects a lot of snow with the tight fenders. Kudos to my Diverge 😉

After discussing yesterday it ended with cafériding today, uncommon roads with fun people. Me and Emile rode to Brommaplan with some obstacles:

Met up with Jimmie, Isabella, Emil and Karim.

Started in the wrong direction but then we got right on things and headed towards islands, castles, singletrack and white beauty.

But already at Nockeybridge Emil and Karim got problems riding in the snow and turned around. Meanwhile Dan caught us. Isabella and Jimmie got a bit after and Isabella dropped. We took a longer way at one place and Jimmie rode with Isabella after we caught her.

So we ended up with 4 riders, 3 strong ones and me. In a funny winter landscape. Strange weather as our glasses froze so had to take the ice off them at some times and our clothes got icy too. Rode on small roads, found a great singletrack and had a good time laughing at my bike that was collecting all snow, should ride with fenders?

A collection of pictures today:

Back home after a little over 4h of riding and pretty tired. Sara went hard on the back to the mainland so had to suffer a bit. These rides are what builds the hardness towards spring and summer. A ride to remember.

Was free from work today so what’s the first thing I do? Ride to work of course 😉 The best bike store in Stockholm (Specialized Concept Store) helped me with a new crank arm and the Allez was faster than never before.

Continued in to town for ice cream and sunbathing: 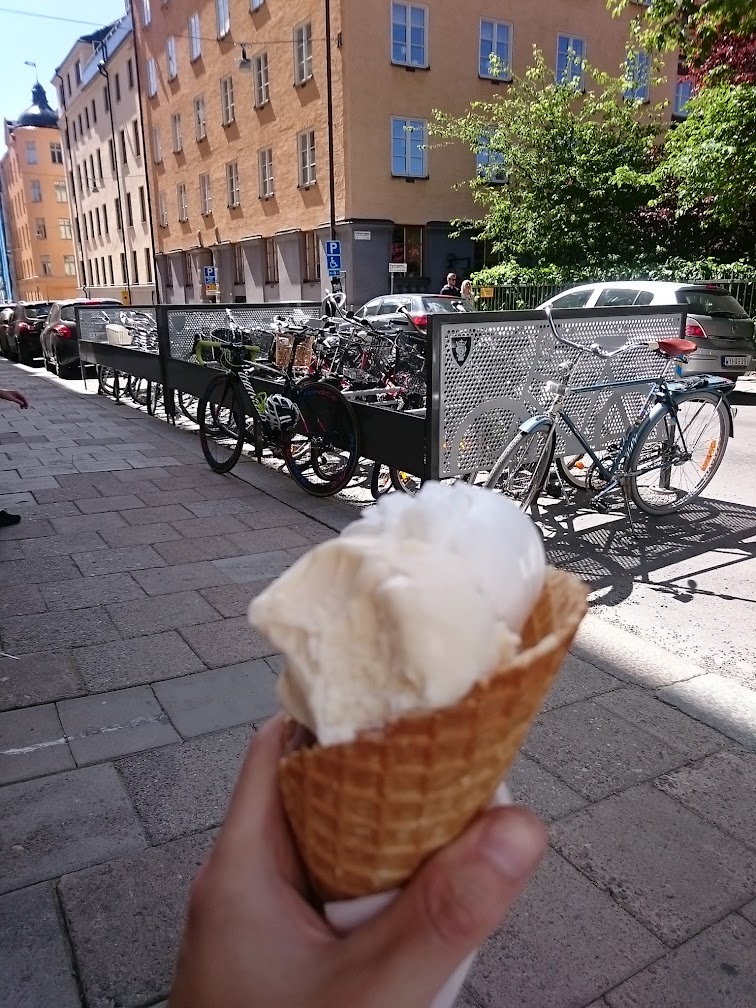 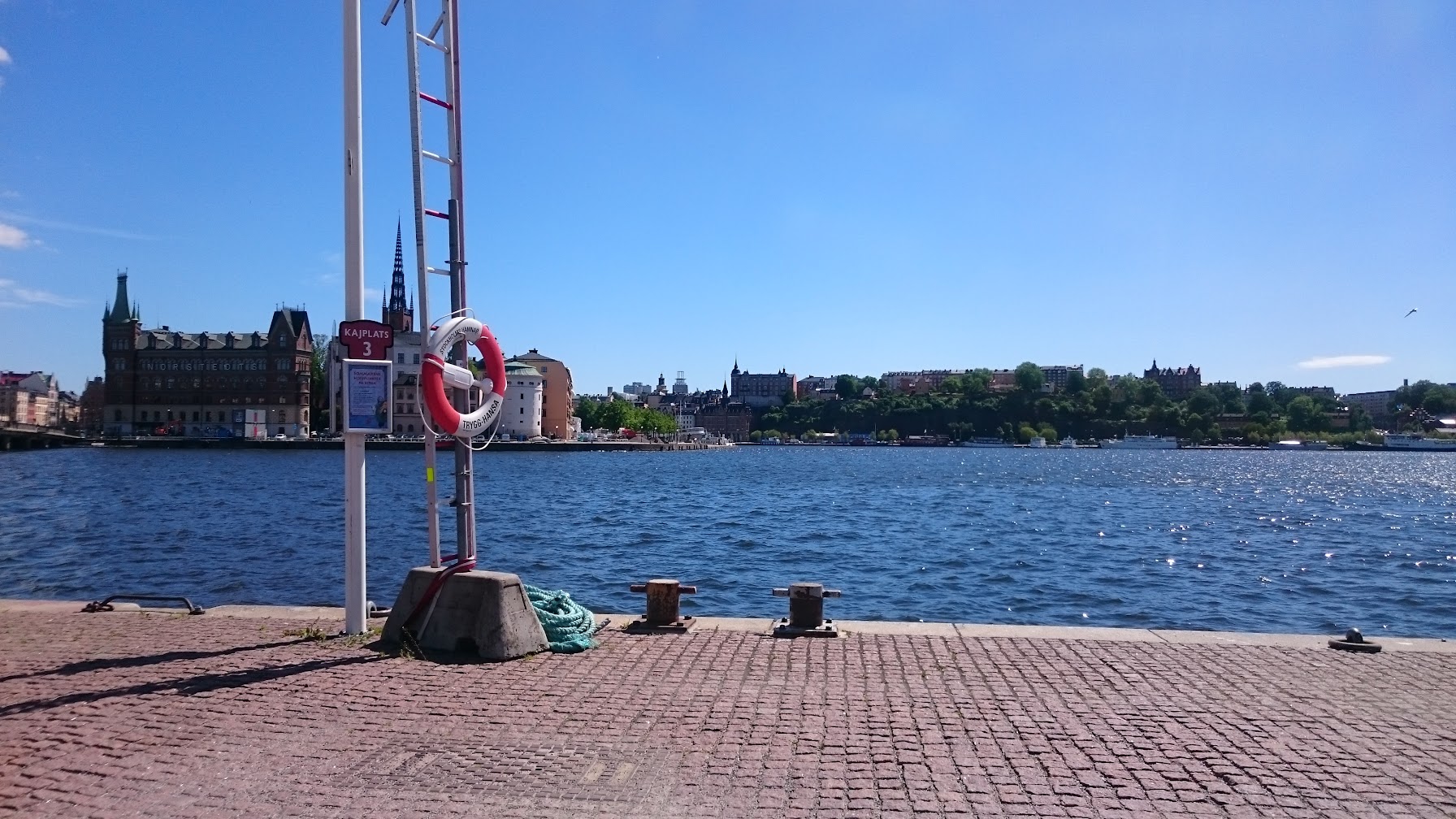 Then back home and had a lunch on the balcony. Awesome summer weather today. Love the Swedish year 🙂

Then changing from casual Cafe du cycliste/Rapha clothing to Café du Cycliste Anoinette bibs and a Suzanne jersey with dotted socks to meat up with with a friend. 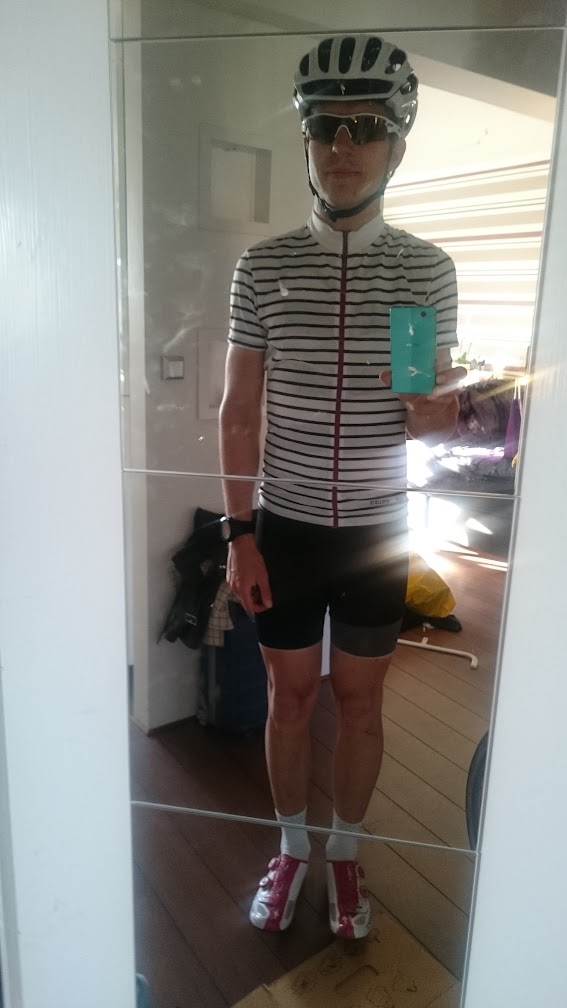 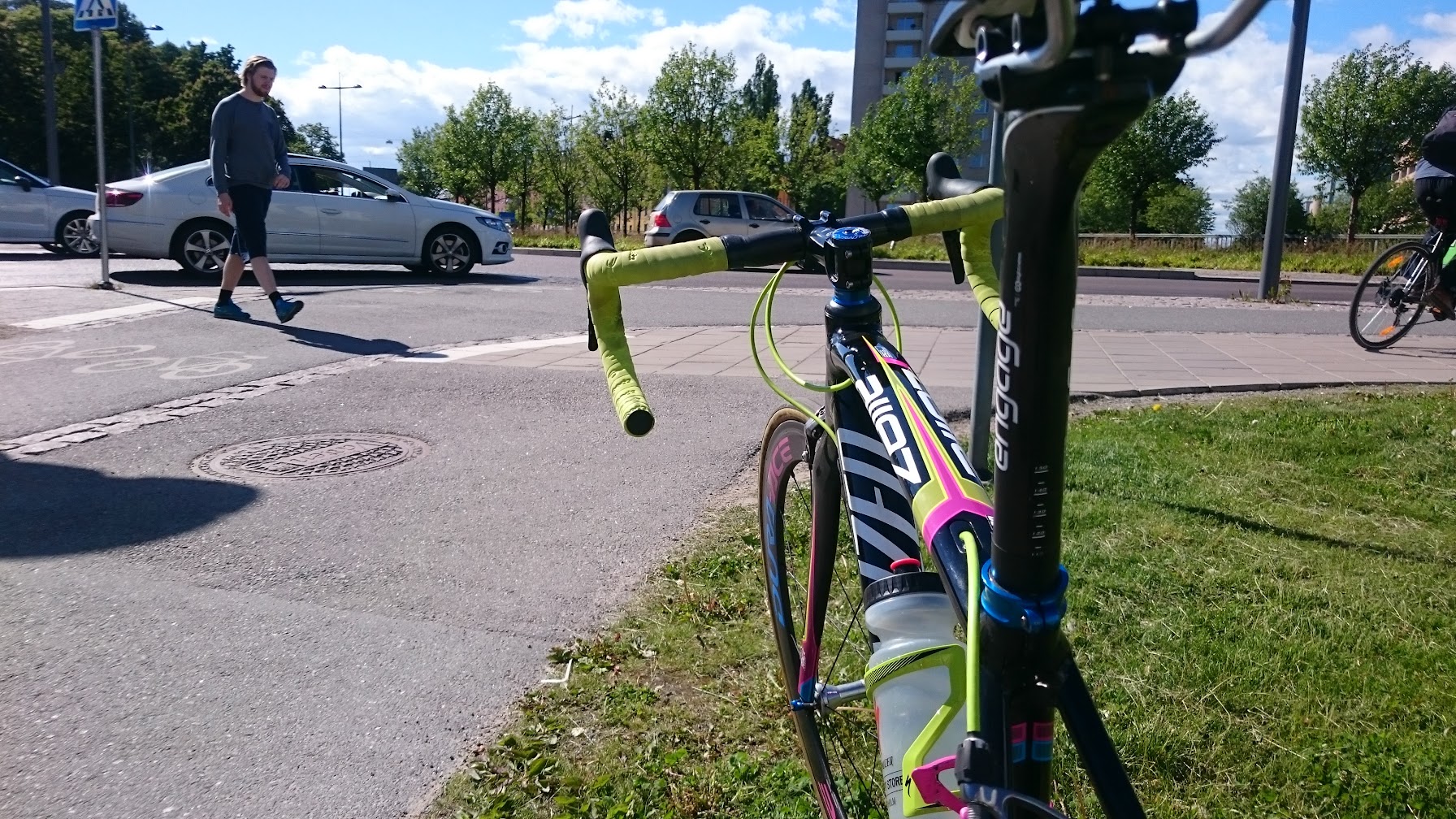 Rode out to Färingsö and around there before we headed back. Jessica in clean Specialized clothing along the water: 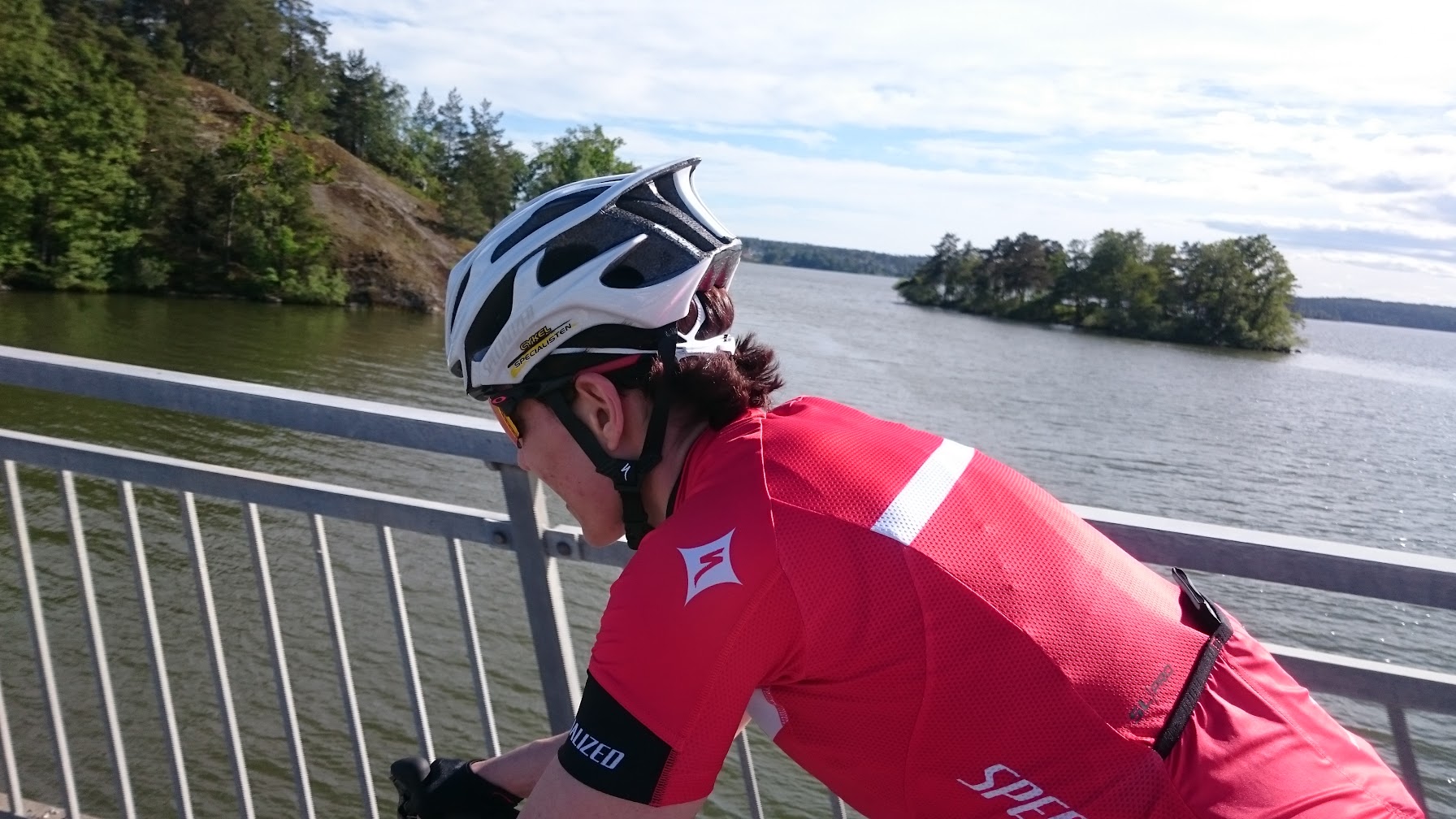 Ended at what I think is café I miss in Sweden. Not as nice or big menu like bikecafé Le Mond or happy people. But it got the atmosphere or beeing a place to stop while driving your Alfa Romeo for a great coffee and just be cool in an Italian way. Il Caffe with us enjoying the sun: 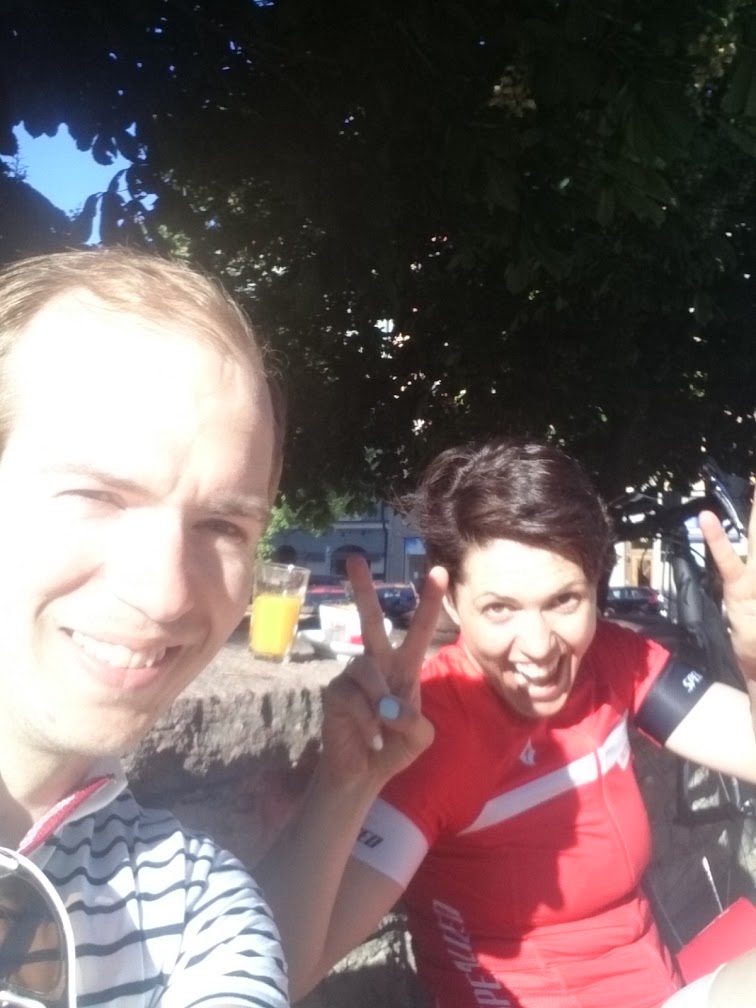 Back home and the day was over. Really like Stockholm. But the things that makes a city good, like Bergen is friends. Friends who are easy to meat and hang around with, friends that are thinking a bit outside the box and are relaxed 🙂

Map and stats of the beautiful afternoon ride: Movescount