Have been waiting for this since the new Specialized Tarmac came. The new Cannondale Synapse is a huge advantage compared to the old one. After Cannondale made the Evo smaller than the old SuperSIX it was talking about a stiffer frame, BB30A and all of that. The new is said to be lighter, stiffer, more aero. Lighter and stiffer is usually means weaker for crashes, like Merida for example that is both. Wonder about the new Evo when it looks like the old one:

Really interested in a good press release instead of it coming the wrong way too us. A big press release or spy photos is the thing, not good pictures without info!

But I like the grey 🙂 and some other models:

And where is the disc? I would prefer this lovely Synapse if they don’t come up with anything cooler:

Ok, I should stop being negative. Cannondale got a new cool bike in a segment they had a bit of a problem selling bikes in it seems with the Trigger. Now they introduce another AM bike with 120mm of travel called Habit:

And I think it looks good. Clean bike with great spec. Who doesn’t want the new OPI Monoring for example?

the Habit comes in some models of course:

Cannondale is also coming with a new crankset, a cheaper non hollow version of their Hollowgram:

And they are really releasing many new things. A fatbike which I haven’t shared, but of course available with Lefty. And a couple of new wheelsets for road (they got Czero for mtb coming 2016 too):

Is there any other big brand releasing so many news in one time without huge press releases? and there is said to be a Scalpel Si built like the F-Si in the beginning of 2016

Today it was announced that Tenneco is stopping all of Marzocchi production of forks for motorbikes and scooter. Articlelink

They will just sell of their stock.

So that tells us that they only got one part left, the mtb part 😀 Great forks out on the market now with 320, 350 and 380, cool rear dampers and soon dropper posts:

Let’s hope they can come into the market and fight well with Rock Shox and Fox and not just be the odd outsider like now.

Sram is trying and showing their new groupset Force 1 which also seems to be available as Rival 1. The 1 stands for 1×11:

For a gravelbike, sure. But for a roadbike I would like tighter and more steps, like today.

But Sram is also coming with an even cheaper 1×11 drivetrain for mtb now called Sram GX:

Don’t really know the new things is except it should be heavier and cheaper. But the train Sram also jumps on now is more chainrings on the front, or the possibility to choose. GX is available as a 2×11 drivetrain as well:

for use with the 10-42 cassette. More info here: Pinkbike

And then, maybe the biggest news. Sram now got 4 1×11 drivetrain while Shimano only got XTR. But here it is:

Before I used Sram XX1 on my bike but this year I go a bit cheaper with Sram X1 that came with my new bike.

Cassette is the thing that gains the most weight: 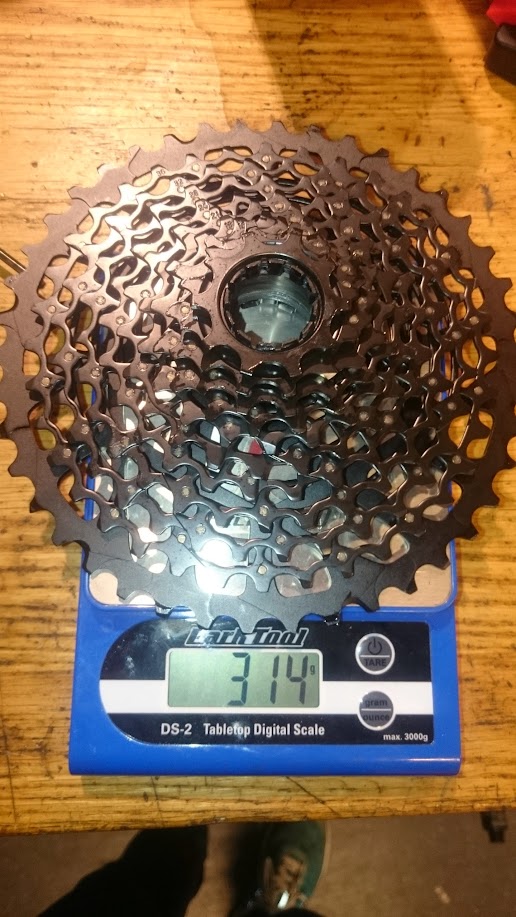 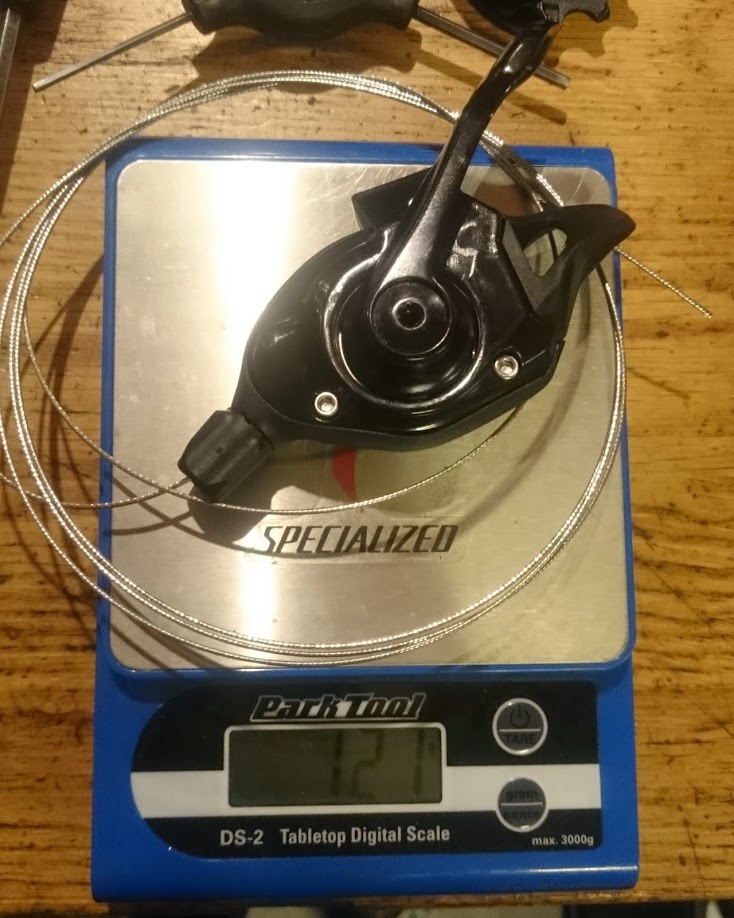 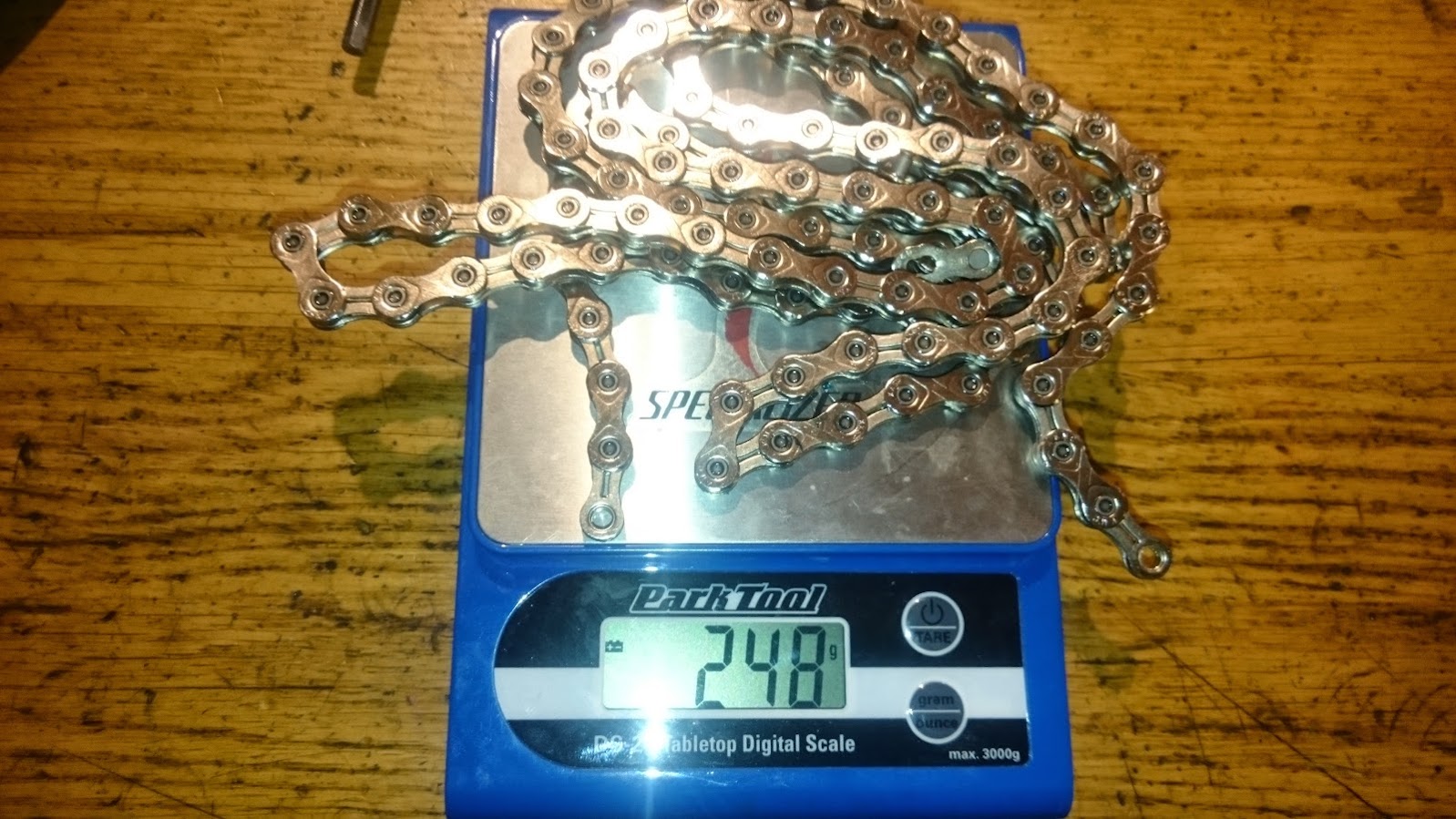 And the rear derailleur: 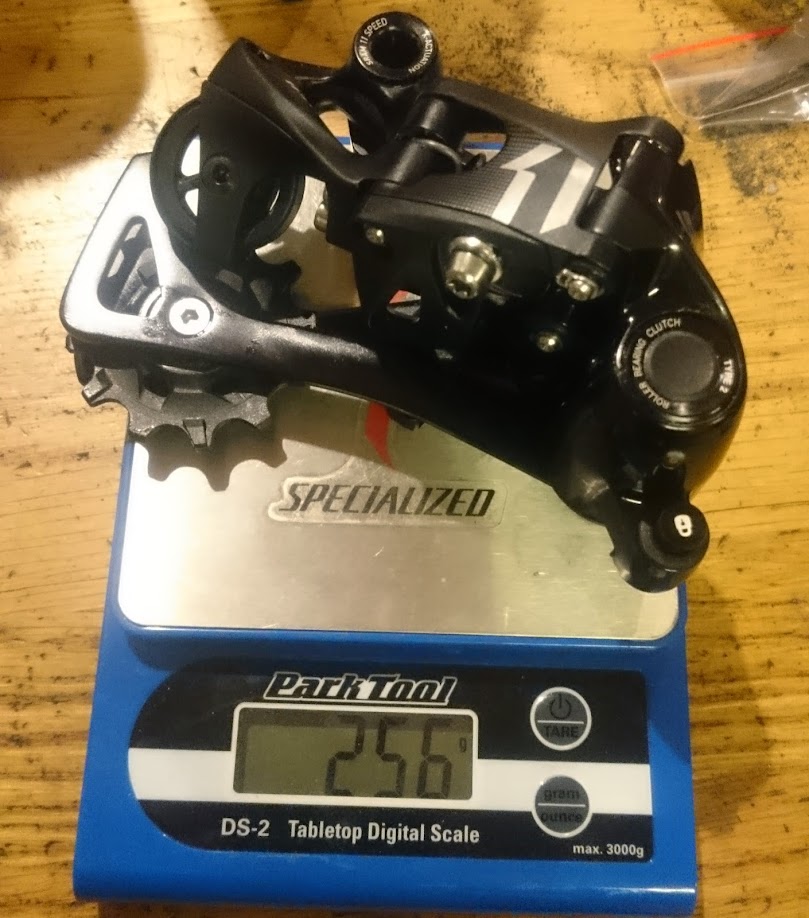 The derailleur isn’t so big difference in weight between XX1, X01 and X1. Check my earlier post with XX1 and X01: Sram X01

And to complete it a really tuned Sram XX1 derailleur by two German guys. Found it on Eliflaps blog

Mounted on a Specialized Stumpjumper ht:

And some trailridingin Austria with Lisi Osl:

Using a 15mm in front and 12×142 in rear makes it possible to use the wheels on your mtb too. Convertible to 9mm rear with Trek’s Closed Convert system, same as on the mountainbikes:

First we got double cranksets, then Sram came with XX1 and single feels like it’s here to stay. Before you used a chainguide but Sram ended that. And many who follows. Absolute Black, Wolf Tooth, Carbon-Ti and Zeta Components to mention the biggest companies making chainrings for different cranks.

But everyone still uses 4 or 5 bolts to mount the chainring on the spider that is tightened with 3 bolts or a lockring. Do you really need to be able to change chainring so fast so you don’t have time to dismount your crank?

Absolute Black is developing a chainring with Wide/Narrow teeths like this:

Carbon-Ti will come in November with their titanium chainring for Sram, Specialized S-Works and Cannondale Hollowgram cranksets:

And Zeta Components already got one:

So we can get rid of one part, make the bike simpler but still as awesome as before 😀 Great with some competition on the market and some great products for us customers to choose between. Will you change for some of this spiderless rings?

First a video from Team People4You – Unaas Cycling from Glava Tour of Norway:

And then a trailer for this weekends mtb world cup:

Some weightweenies ar more skilled than other. Look at this thread how to lighten a Dura-Ace 7800 rear derailleur light-bikes.de

With big nice pulleywheels too:

Really cool. And the weight is so impressive: 65g!!!

My old combo was 209,5g, now with Experminental Prototype steerer, Tune Geiles Teil 4.0 stem and a AX-Lightness Poseidon (600mm) handlebar it is 268g. This combo made by Experimental Prototype is a lot stiffer than my combo and 6cm wider handlebar:

With oversized, 35mm steerer and stem, 95mm length of stem with 17° angle it is lighter: