Got a message on Facebook about a ride on Nøtterøy after work. Thought of doing some homework but riding with some nice people on awesome trails (as usual on Nøtterøy) in 26° and sun isn’t possible to say not to 🙂

Been on the island before and ridden many good trails but none of them I rode today, many trails on that island. Only thing that wasn’t on top today was my tires, they still don’t like wet roots and stones but I’m learing to ride them anyway 😉

Got some nice views:

Awesome downhills after both pictures with a great flow 😀 After the picture here on top was the best singletrack of the day I think. My remedy works so great so just have to know it and push full speed 😀 Maybe even better today as I have lowered the tirepressure from 1,6 to 1,5bar. Never ridden clinchers so low, with tubes.

I planned a 3h ride. changed for a bit longer when I was on my way back home and came home after 2h and 13min. My body isn’t in good shape so have to be the bike 😉

Or that everything is so close here. Had great tailwind or no wind up to Horten. Passed Horten and going towards road 35 in great weather with ocean view: 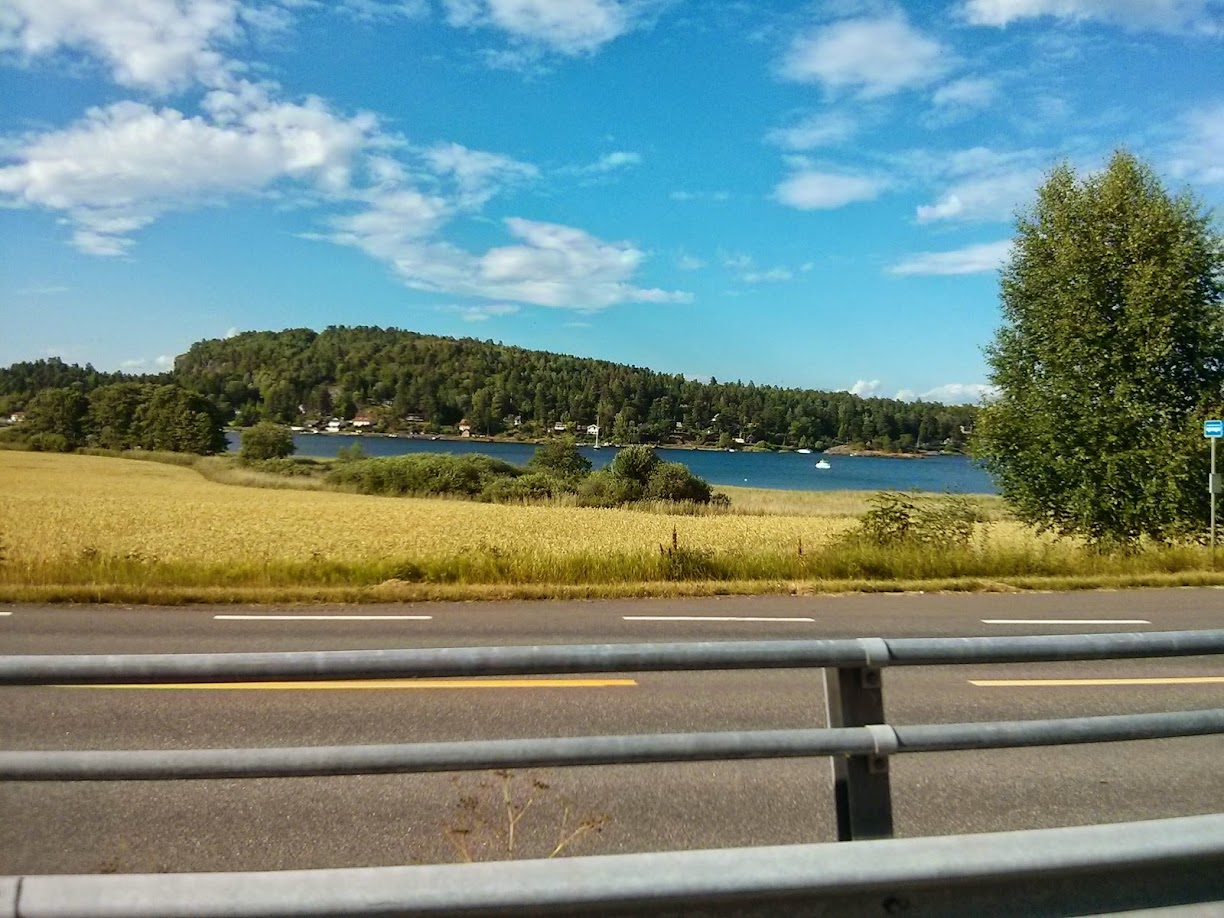 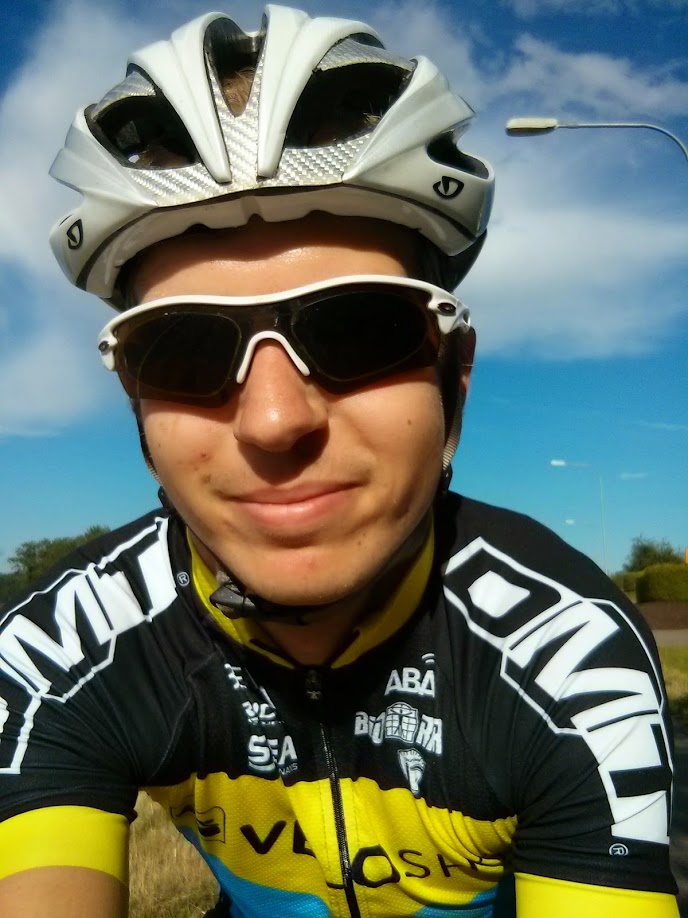 And then the wind came. Headwind, uphills, crosswind and big fields not slowing the wind down. Survived but maybe a bit too hard riding. When I came to road 35 and steerer towards home it was more wind. First 10min headwind on a flat road on a open field until I came to Revetal. Afterwards the road still was boring but some small turns and ups and downs. Turned towards Ramnes to get rid of some wind. Ended up with headwind and uphill, hmm.

My bike didn’t care, it just kept on. Even got me thinking that I maybe should keep it instead of changing to an older bike, hmm. Rode a bit easier than usual from Sem and came home in sunshine.

Great soloride after work anyway and the bike was funny afterwards. Was taking the bottles out and I lift the bike while trying to get both out the same time. Light bike or strong bottle cages? 😉

Every cyclist likes to ride in the sun with good legs and good friends. But riding when it’s 3-6° C outside, wet, all grey and with bad legs is just another thing. To come to a climb with the lightest gear already and you know it will take more then 10min up, pushing and know you suffer more then the others with lighter gear and better legs.

Then pedal as fast as you can and try to be so aero as possible to hang with the others.

Starting to feel the body hurting, your head hanging and energy level looking for energy at places in your body you haven’t heard about. Getting some energy at a short stop knowing when getting up on the bike your body will hate you and everything that should move just feels stiff. Beeing in the front pushing the pace with a strong guy feeling that everything starts to hurt and knowing that there is one climb left. Getting dropped in that climb and then pedaling like an idiot down the other side trying to get to the others.

There is a dream having better legs at those rides. But there is love to do this over and over again. To push the body so much so the bike is the thing that stops you. Not just enjoying the nature and sun but loving cycling. The rides that makes your mind being the one that pushing you instead of blaming and hating you. To use everything you got the best way to do as best as possible.

Coming home with this:

With a ride like this: TrainingPeaks Gullfjellet Fana elite

Let’s do this again tomorrow, but more to the west 😉

In 3 hours I’m sitting on a plane from Sweden. Soon time to pack my bike and everything else 😉 But before two pictures. First how fun it is riding a bike here:

And then a Ridley Helium that could been so good looking. But something happened with the bar tape, how did the owner fail so much taping (at the hoods)?

If anyone of you that doesn’t live in Norway (or Switzerland maybe) had been riding with us today you had moved to Norway. Starting to ride with the ocean through an old town downside some mountains at 400-600m. Continuing next to a fjord between the mountains, passing a small town and then riding along the water on a small road meeting many riders and passing a peloton. Not so much cars as they are on a bigger road higher up.

clothing like this and perfect sunny spring weather. Over a bridge to Norways biggest inland island. Looks like this at first:

And yes, there is snow on top of the mountain to the right. So more in on the island and passing a lake:

Going uphill a really nice climb with switchbacks and all of that before we go downhill very long on a straight. Then a smaller road on the countryside where everything seems just WOW. When God created landscape he had his peak in Norway I think. Back to the bridge on a small road:

And then back around Ulriken as I posted pictures on before and you don’t want to see pictures from there today. Specially not on me as I started to get tired before Ytre Arna and after Åsane I just seemed dead, not so stylish as I wanted to be. In Eidsvågsneset I was so tired I only had one slow speed and felt like I just wanted to fall in a ditch and sleep for a while. But there where no ditches so had to pedalling.

But I won as when I heard of ice cream at Bryggen. Had to survive and I did thanks to my good friends. Stopped and parked our bikes and Roger took a photo:

The three Sram Redbikes, Petter who uses Shimano Dura-ace didn’t have time for ice cream but he has supported me with the earlier pictures from his blog Brunost o Cykelolja

And then after some time in the que we got our ice. Me and Birgitte enjoying good ice cream in the sun:

Ending with thanking my Carbomaniawheels for the speed today 🙂