Yesterday I took a cycling shoe in my hand and thought, this was light. But it also looked slim and small.

I tried it on and it just sat around my foot. With great toe space. It was size 42 and I got a 42,5 S-Works shoe at the moment. So half a size smaller but fitted me perfectly. Perfect is the word to describe the shoe, the closest you come. You should try one before you buy a new pair of roadshoes.

So what about the weight? In size 42 with the  boa note still on:

208g and you see the paperthing coming on the shoe. Really light.

Will the S-Works Sub6 be as good or do I have to get a pair of these for next season? 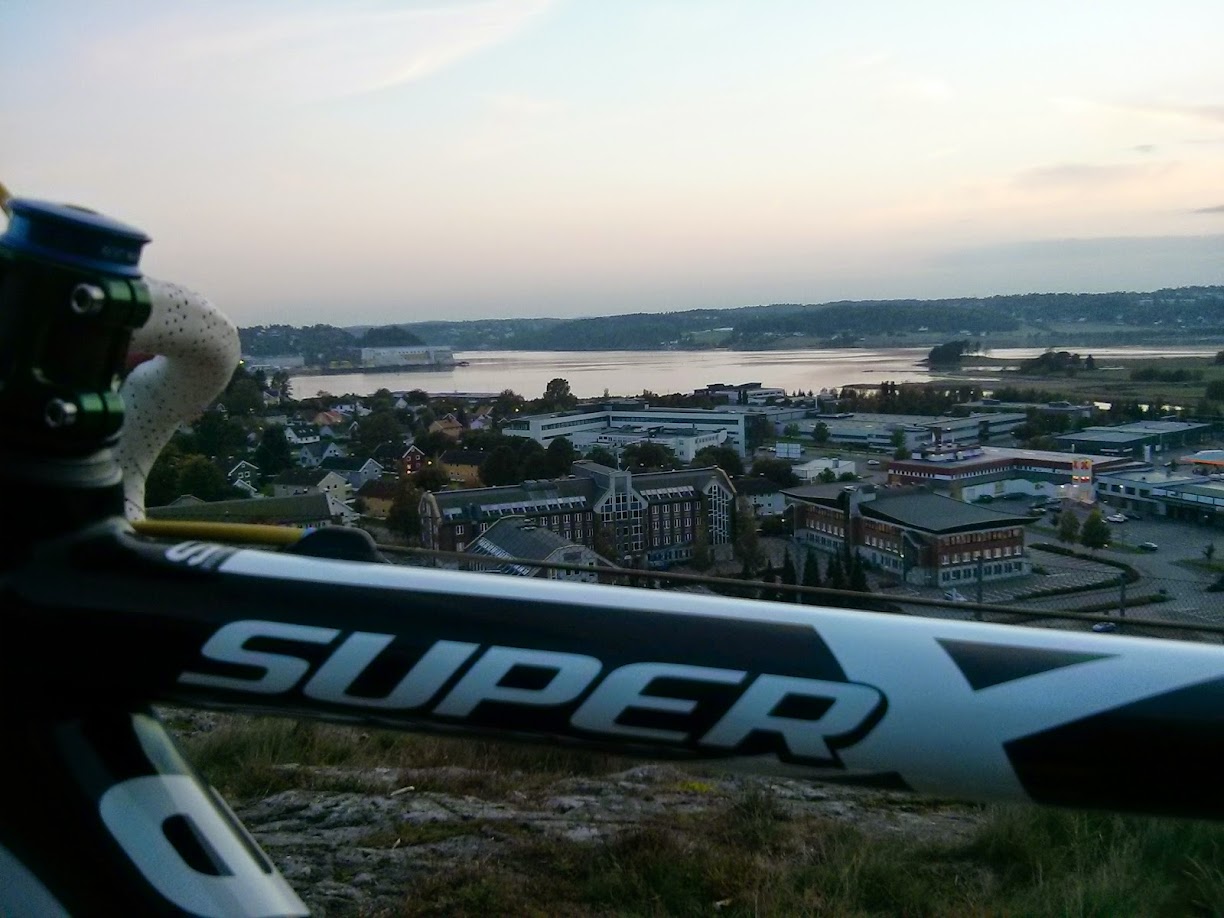 After a slow day at work I had to ride for a bit. Only ride this week as a I fly against France tomorrow and a super weekend with Team Joker. Last race weekend for 2014. Feels a bit strange in a way.

So today I was out riding my CX and trying the new tires. Impressed by a pair of 33mm tires can feel so comfy and supply riding over roots, rocks and still feels super fast on gravel. Bike was great today and it was 6,82kg when I checked. Looking like this: 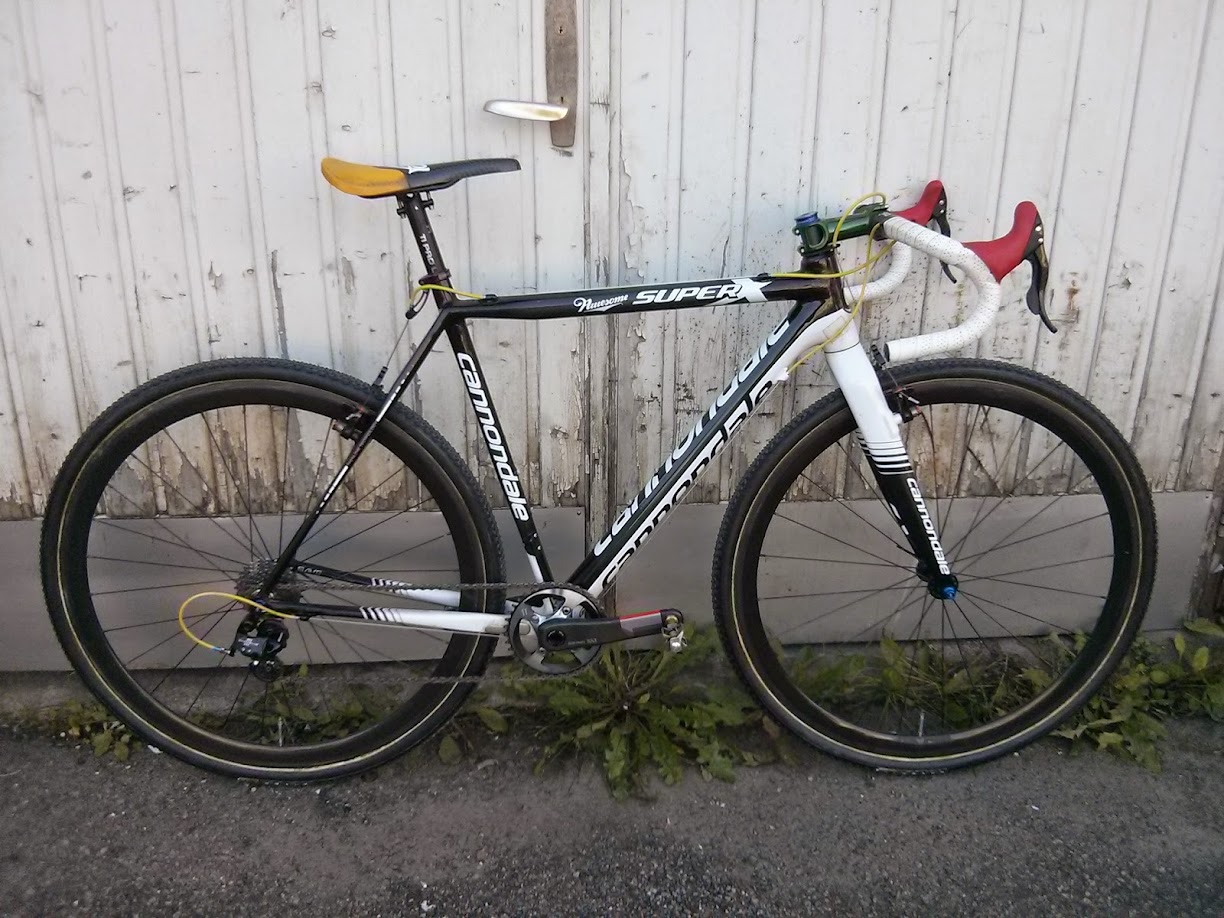 Me out trying out some great tracks. good place for a cx here: 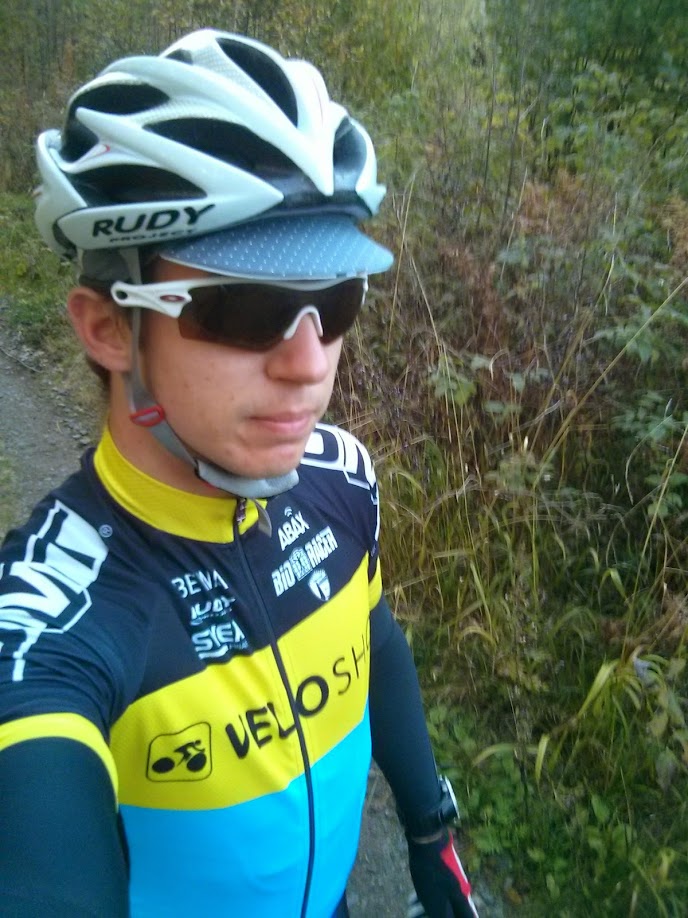 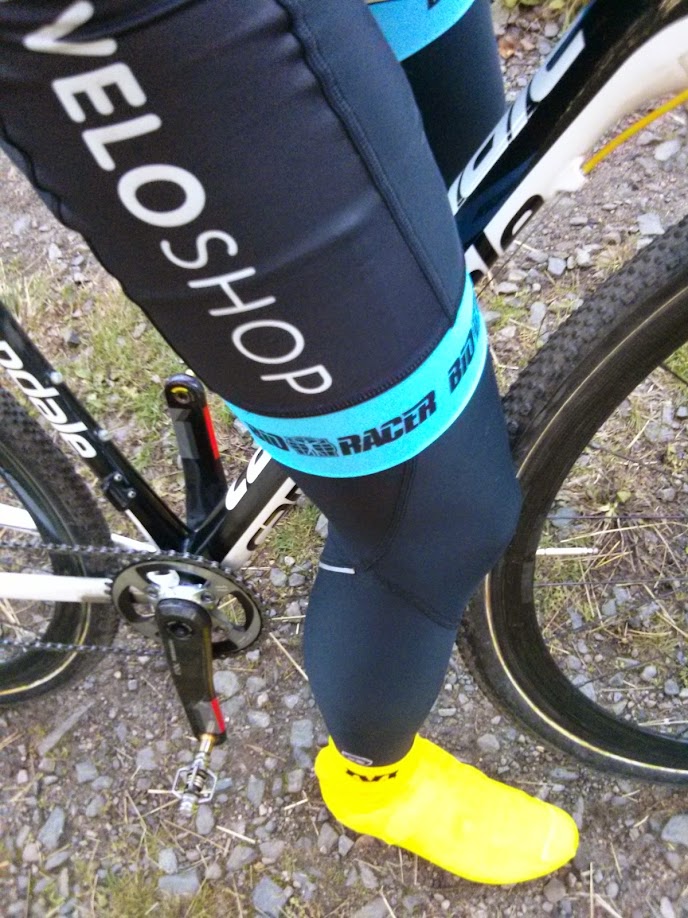 With roadshoes so no running but some technical riding so not the fastest ride. Some sprints too but I got some problem with the engine, not as strong as the bike 😉

Would love to have someone to ride with, was great training last year on our CXcourse in Bergen.

Everytime I get on my Remedy I’m like a child on Christmas, the bike just begs to have fun. A XCbike is great if you go fast and take right lines and stay on the ground. My bike want go fast, over everything but not decided if it like to be in the air or on the ground 😉

Rode with Tønsberg CK today on an easy ride with some fast climbs. Had a guy with Continentals new Speed King tires that had som crashes, a puncture and problem slipping. Wrong tires to use in the forest. My X-King was a bit slippy too but today I knew about it and with some flow it works pretty well over wet roots and rocks 🙂

Got guided to a new singletrack, flat with many roots, many turns and many small bridges. Really nice singletrack that reminded my about the singletrack around Mjögasjön link that I’m planning to ride on sunday.

And ending with a nice picture from Bukkerittet:

Best training after I moved to Tønsberg today. Rode 18km to the race, a testlap and some warm up, rode the race, or 3 laps, and ending with riding back home.

The course was brutal, it was either steep climb or technical descend. Some flat in the middle on top and in the end but never any rest. Or time to drink. 170 in average heart rate and with a speed of 9km/h the testlap. At the start it came some drops of water but soon changed.

So starting with men elite that included the Norwegian national XC team. Was 4 riders in the first long climb, two rode ahead and I think I dropped one. Not sure if he passed me later or not. Was just to ride as hard as possible and let people by when the other categories came. Didn’t expect so technical XC course but they got skills here. Hard, technical and sometimes very funny too. No gravel racing 😀

On the last descend there was two lines, one A and one B. On the testlap I took the B-line but was steep with loose gravel and some roots so crashed in the end. In the race I took the A-line with was just a steep drop and no problems 🙂 Strange with an easier A-line than B-line.

After that descend on the third lap out of four in the last forrest section I came all wrong on a rock and punctured. First real puncture since summer 2011!

Walked to the finish and hoped it was fine as the winner already lapped me twice.

Rune also got me a new tube so I could ride home because this is not fun to ride on:

My bike that worked flawless except tire issue without grip and the puncture:

And as I said the weather changed so started snowing a bit, warm snow made the course very slippery. Here is a big part of it, climbing sections but can’t see it all. And can’t see the great rocky descends I liked:

Stats from the race: Movescount

If you want to race on this course with fast riders I can recommend the Norwegian XC Cup 16-17 augusti. An UCI race so UCIpoints too. Super course if you’re fast and not like me 😉

If you know me you know that I like Mavic. A video that got me like them more was this:

Awesome video. Makes me want to ride there too 😉 Jeromé Clementz is a great face for Cannondale and seems like Manuel Fumic did a great ride for a XCracer with class:

I’m not used to train every day. But this week isn’t usual. The sun is shining from a blue sky, the forrest is dry like never before and I love to ride mtb in the autumn in this awesome weather. Like this lovely autumn rides I did in Sweden like once a year, but now every day. And with a gorgeous view 😀

Rode almost the same as yesterday today except we took it a bit easier in the start and then pushed the pedals up a Strava segment, 8.49 instead of 9.24 climbing so going up 🙂 Then we rode a pretty easy but nice singletrack that I haven’t ridden for over a year. Up to Brushytten and down around with a photoshoot:

Dan Erik skipped Fløyen Rock Garden today as he said he doesn’t want to die. I did a personal record and is now the second fastest that segment 🙂 Funny that the singletrack I haven’t dared to ride before isn’t any problem now, great development. Rode as much great singletracks I know of on the way down and Fjellveien back home. Great start of the day 🙂

Great training, great views and some good singletracks but will change place for riding tomorrow. Think I will go up to Krohnegården before work as it was a long time since last time. 😀 Top shape soon 😉