A new day for the Swedish mtbikers today and what a day. Jenny Rissveds won the World Championships! 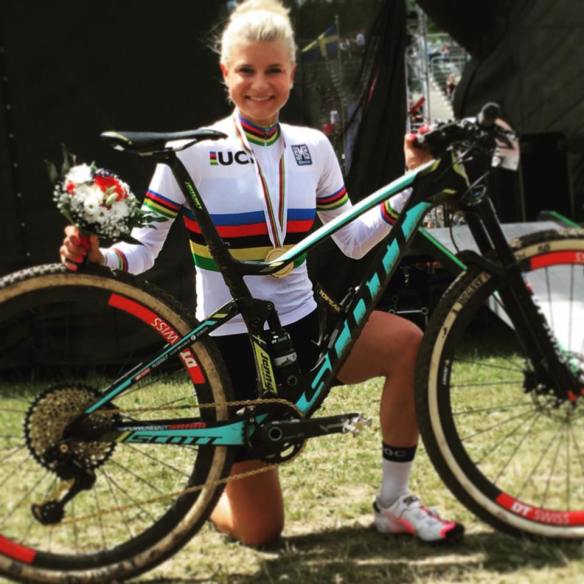 Maybe she told Nino Schurter about how to do it because he won the Men Elite afterwards. A good day for Scott, not as good as I hoped for BMC. 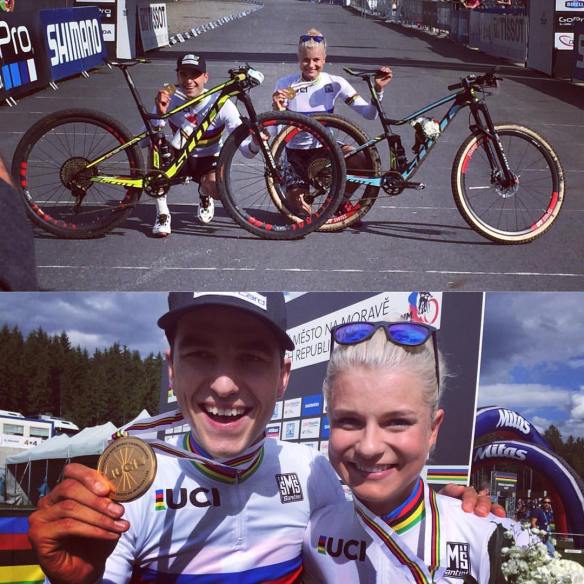 Regular tubulars look like on the right side. A cotton tube sewed together with a basetape covering and a thread glued on the other side. Added are a latex tube inside. But Dugast is making progress and gluing and adding latex to the cotton so loosing both seems and tubes. Makes the construction better so riders like Nino Schurter and Wout Van Aert can ride with higher pressure but with same grip and plushness. The solution also saves 10% in weight compared to regular tubulars.

Tufo has always done this but with rubber all the way so have been pretty harsh. But who will follow Dugast now when they soon are releasing their tires leading the industry once again?

Really worth a look. A barcamera from the first lap from the test event in Rio last weekend. What do you think about the course?

The day Pauline Ferrand Prevot and Nino Schurter got World Champions there was a smaller race in the Netherlands. Check Redbull.tv for replays of today WCO World Championships.

Check here for a summary from the 5th stage of Boels Rental Ladies Tour:

First World Cup of the year is finished and what a start. Many good riders and good fights. Jolanda Neff was in the lead together with the 20 (!) years older Gunn-Rita Dahl Flesjå but took the win. Annika Langvad had some problems with wet rocks and crashed more than she hoped for loosing 3rd place to Pauline Ferrand Prevot and on last lap Catharine Pendrel. A funny thing is that everyone except Gunn-Rita on the podium is world champions in different cycling disciplines now 😉

Men elite got as excited with Jaroslav Kulhavy back in shape. Really impressed by him yesterday and even taking the win in front of Nino Schurter. Julien Absalon never reached them so ended 3rd:

Scott-Odlo’s video series is back with great atmosphere:

Thought of writing an april fool but seemed to obvious. So instead I share a video with you. Late start this year but soon the waiting for the mtb world cup is over and the racing starts for real:

Scott Scale can look a bit different, this 7,55kg bike from Ohad in Israel spread by Eliflap for example is a bit Cannondale stylish:

Or you could get your own Scale 700 RC Nino Edition from R2-bike. Showed here:

only me who thinks it’s a bit odd to include a stem with a frameset?

Giant is stopping their XC Team! One of the biggest bike manufactures in the World are not in the best bike sport. If they quit LIV too they are stupid. Ranked 1st with Neff, 6th with Wloczszowska and 18th with Ferrand Prevot.

But the sadest thing is with the men. Fabian Giger ranked number 3 and Emil Lindgren 9th, Heyden U23 World Champion! That’s what I call a top team. Giger seems to have found a new team, Lindgren doesn’t 😦

Looking at the ranking Women elite got many different teams, looking at men it looks like this:

Missing here is Specialized! Best rider from them is Yamamoto at 26th, they should sign a fast rider like Matthias Wengelin and get up in the ranking.

Another team missing is Bianchi with Gerhard Kerschbaumer that rode really good in the end of the season.

So the big question is: Which team should sign Emil Lindgren???