There is something with chasing weights that attracts me. I’ve never been rich enough to just buy the lightest parts but always found a cheaper way to build light. My Tarmac is at the moment just awesome, but not light. Maybe have to do something about it. Until that I remember the old light times and thinking of AX-Lightness, b-t-p, Extralite and Tune:

But I’m back riding a bike again. Was hard today and my legs wasn’t so used to pedal as I remembered it last time. Not so warm either.

Started with a plan of 1h easy spin in good weather. The easy spin part I don’t know about but felt slow at least, rode along the coast to Åsgårdstrand and up the climb I really dislike and to Barkåker and Sem before I got home after 74min. Manage to take some picture too. Missing France as the blogpost name means so used french shoes, pedals and bibs today 😉 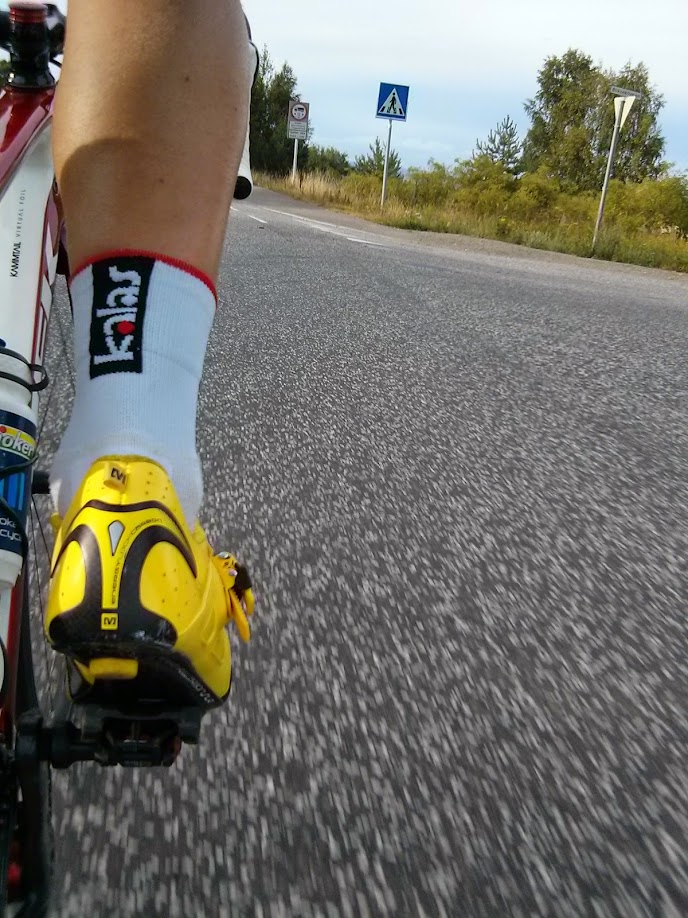 And a jersey with french text on 😉 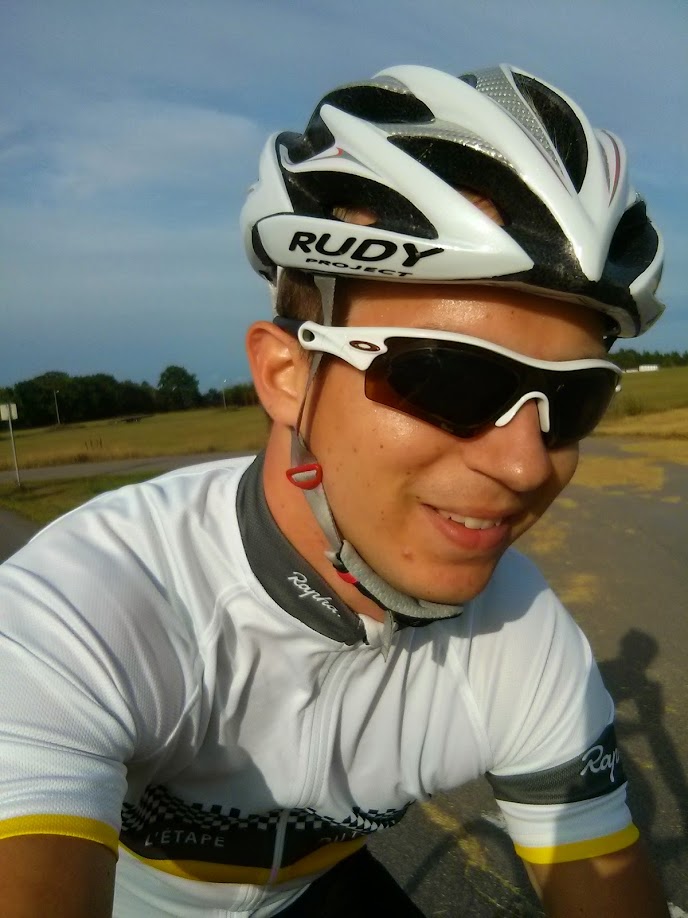 and thought of geometry and fit today. If someone buys my awesome Trek Madone 6.2 I will get THE classic bike 🙂

Map and stats from today (don’t look at the heart rate): Movescount

20mm wheels is light but not so fast, at least not for my mind. And as you’ve seen before I got a set of beautiful Mavic Cosmic Carbone Ultimate as a nice upgrader, will do a lot for the speed. At least with the placebo effect. Weight including glue and 22mm Continental Competition tyres:

If the tires are 260g/each as Continental says and the glue 30g the wheelset is 1149g 😀 Without the stickers that was 23g.

And it was as announced, strange for Deda. The wheels are heavier than my FFWD F2R, tires are heavier so altogether a little heavier but much nicer I think, or what do you say for this 6075g bike:

Thinking of a setback seatpost from Engage or AX-Lightness and a new stem but have to try it with the new bar before knowing what I need. What do you think of it?

Bought a set of bottom bracket cups at work today. PF30 to Campagnolo Ultra Torque, not the best solution if you read about adapters and PF30 but I like my Super Record crank so had to try. Cannondale and Campagnolo is always a nice combo too. Some small adjustments and waiting for a seatpost so not finished yet but looks like this:

Looks like the handlebar is huge on the bike when it doesn’t have a seat and seatpost. But just normal Deda Newton Shallow handlebar in size 40 c-c. What do you think about it? change for black hoods? 😉