FSA produced cranksets for a long time, brakes for some years and here is the start of their drivetrain. Electronic as in time:

Yes, I think Cyclocross World Championships is bigger than Tour de France but a win is always a win. Etixx did it again and made Sagan and the others think about what they should do instead of doing it.

While Tony Martin made a crash and broke his collarbone. After receiving a new yellow jersey he abandoned this years Tour 😦

Both ride Specialized, both rode hard today. The small difference is that he put everyone else behind him on todays Tour de France stage, I was dropped so most riders in front 😦

This morning I took cycling clothes on with the thought that I maybe will ride after work. My Allez got a proper wash some new grease and oil. Was supposed to fix it on friday but forgot about it and then it was too late.

Today I met a friend at work, Birjer who said I should join the club training after work. Weather was good and I knew I would suffer to ride with them as they ride fast. Good training and not some middleway training just riding along like Camilla thinks I’m doing.

Stepped out from work and met the others. Many riders with some spreading between fast and faster guys. CK Valhall is a pure racing club and I like it, like Jönköpings CK I was with earlier. You always know you will get good training.

Rode out to Länna with a pause and then it began. Before: 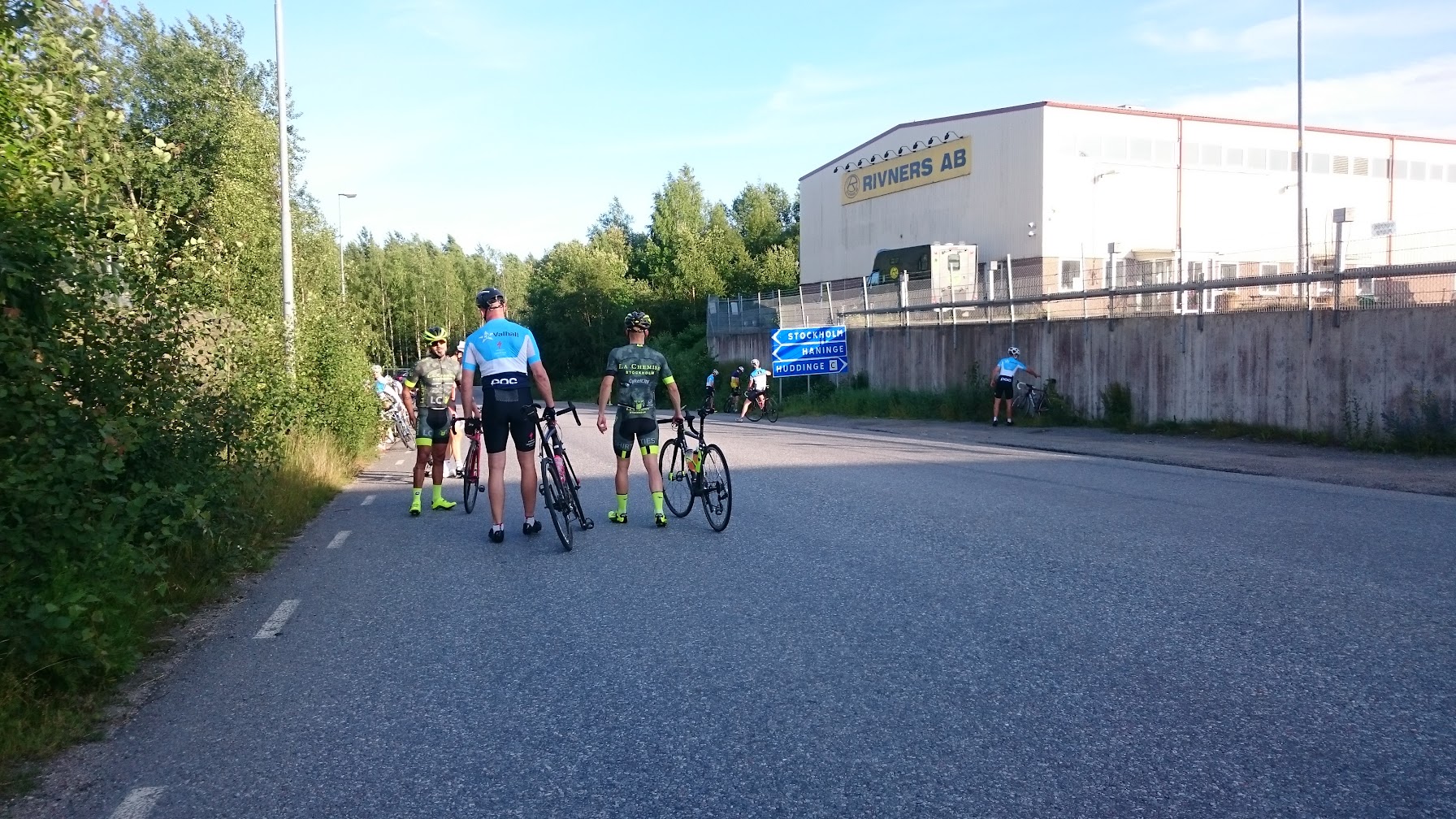 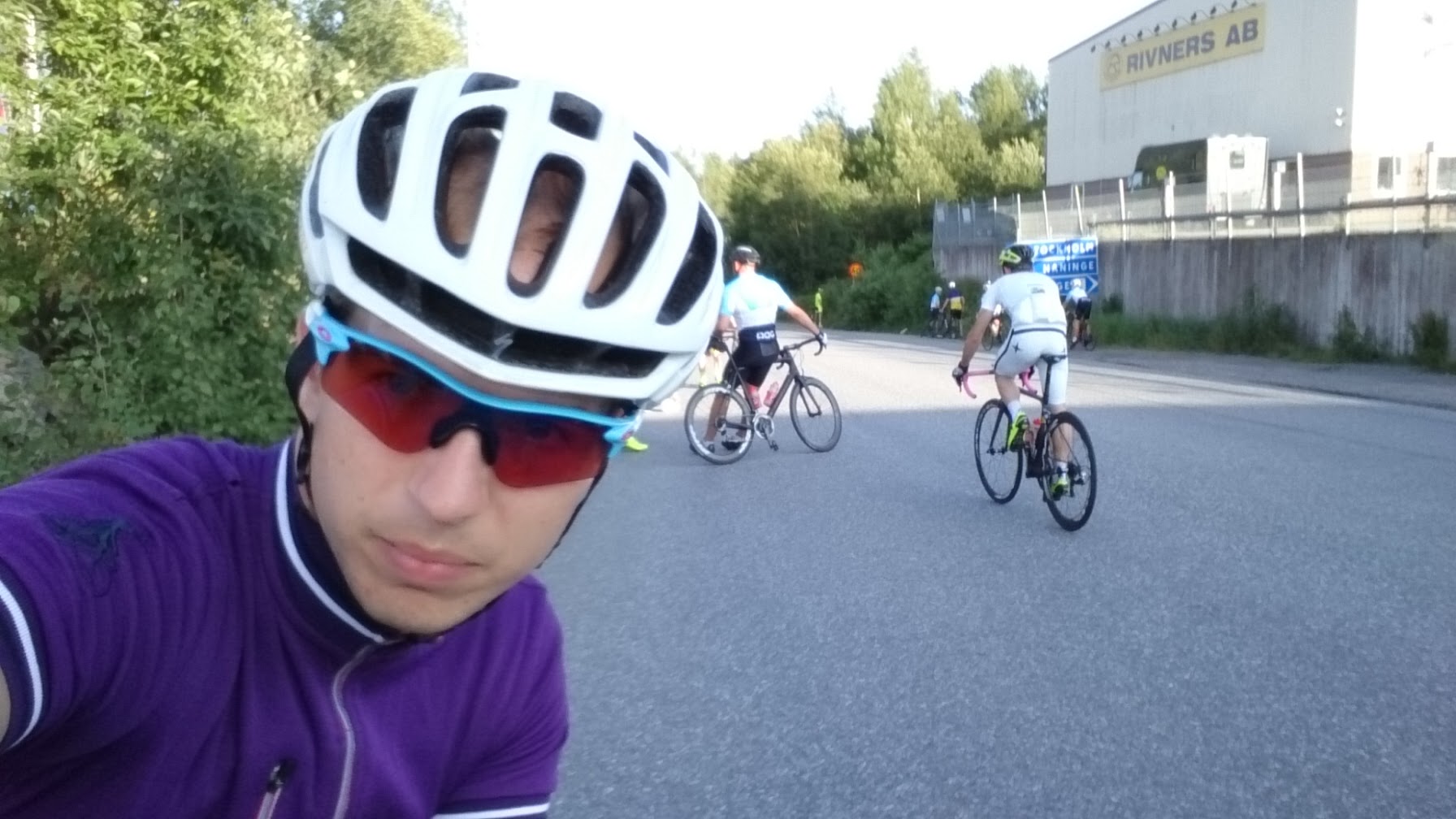 Then it went fast, very important to sit right, not doing anything stupid and be strong. I had a hard time but worked pretty okey for a while, was even up in the front once. Fell through the group in a climb once too but didn’t got dropped. Got dropped a bit after when we turned into another rode and up a climb. Was okey in the climb but after I was cooked and alone for a little while. Then we became a grupetto with two other guys riding together back to Stockholm: 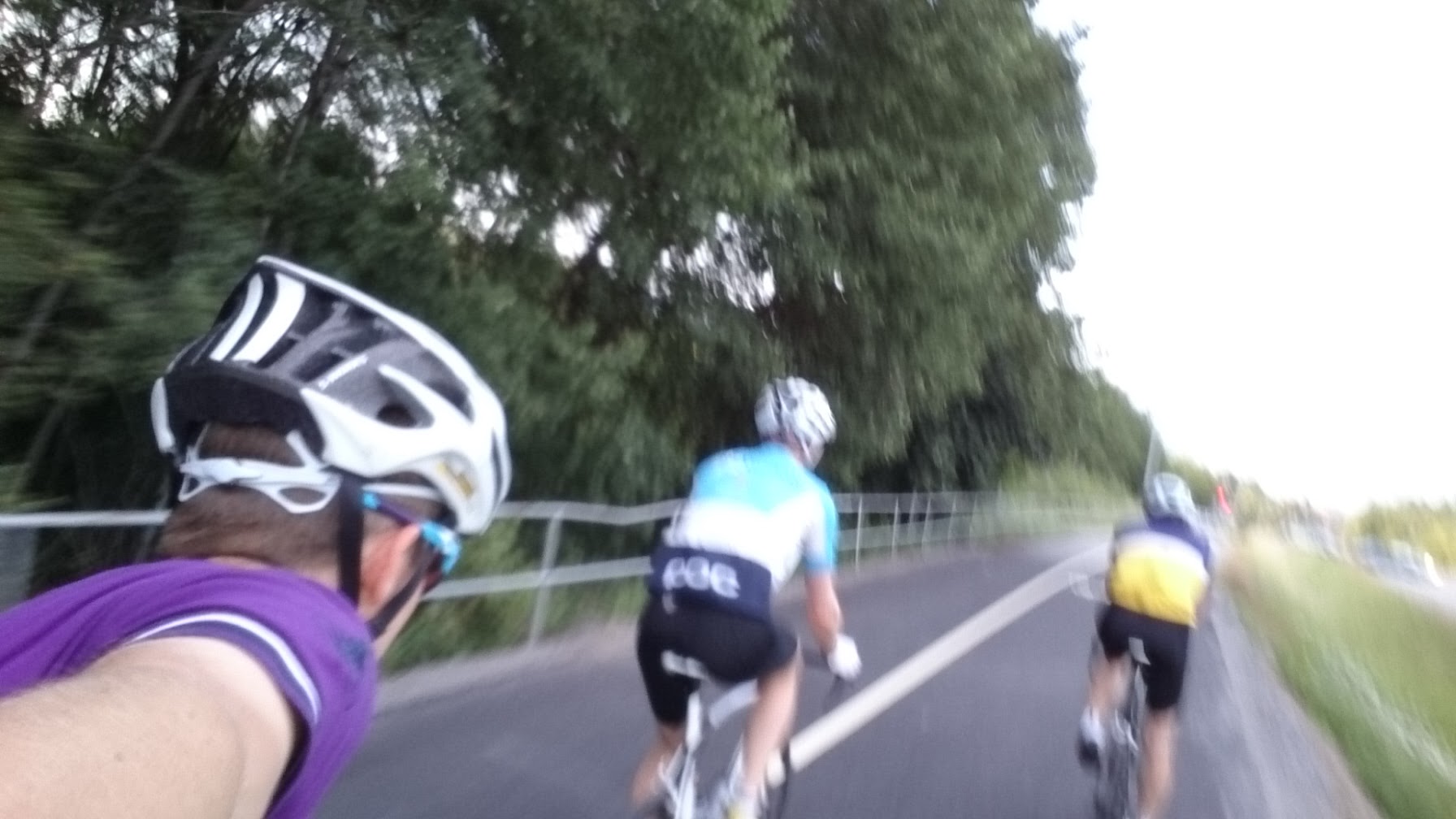 A hard but good evening. Managed to keep up much longer than I thought and far from beeing dropped first 🙂 Hopefully it will make me a bit stronger and a bit better in the future too 😀

A huge breakaway today by the fast swede. But in last climb around 18km to finish he got past by a french Pinot. After the descent fighting hard to try catching again the small group with yellow jersey and the favorites came and he couldn’t hold on in the last kilometers. But got 12th place and most important. Got the polka dot jersey, when did a swede have that last time? Kessiakoff is the best if you ask me (on road).