Cannondale got a seattube and seatpost that flexes, 25mm if I remember right. Trek is working on their Isospeed feature for their Superfly hardtail. And here comes BMC’s answer to it.

A video about it:

A day free and good weather. Perfect to try a new place to ride at. Me and my mum was walking at a place called Langevatnet some weeks ago, a nice area with a lot of small gravel and forest roads. Perfect for CX was my thought.

Me and Steffen (on a mtb) rode and tried today. Found some nice roads: 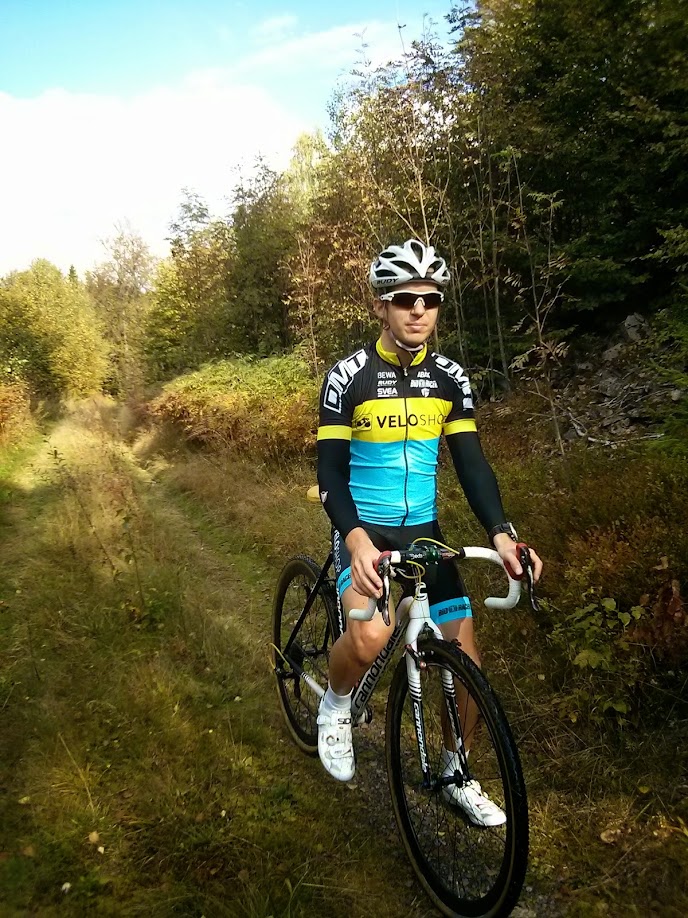 But then we also found some bad road. A really muddy place first where I better grip than I thought I should have and managed a short steep rocky climb afterwards. Felt like it was better grip with my 34mm Challenge Grifo tires with 2,5 bar then my X-King 2,4″ on my Remedy, hmm.

Followed a road that became a singletrack, ended up here: 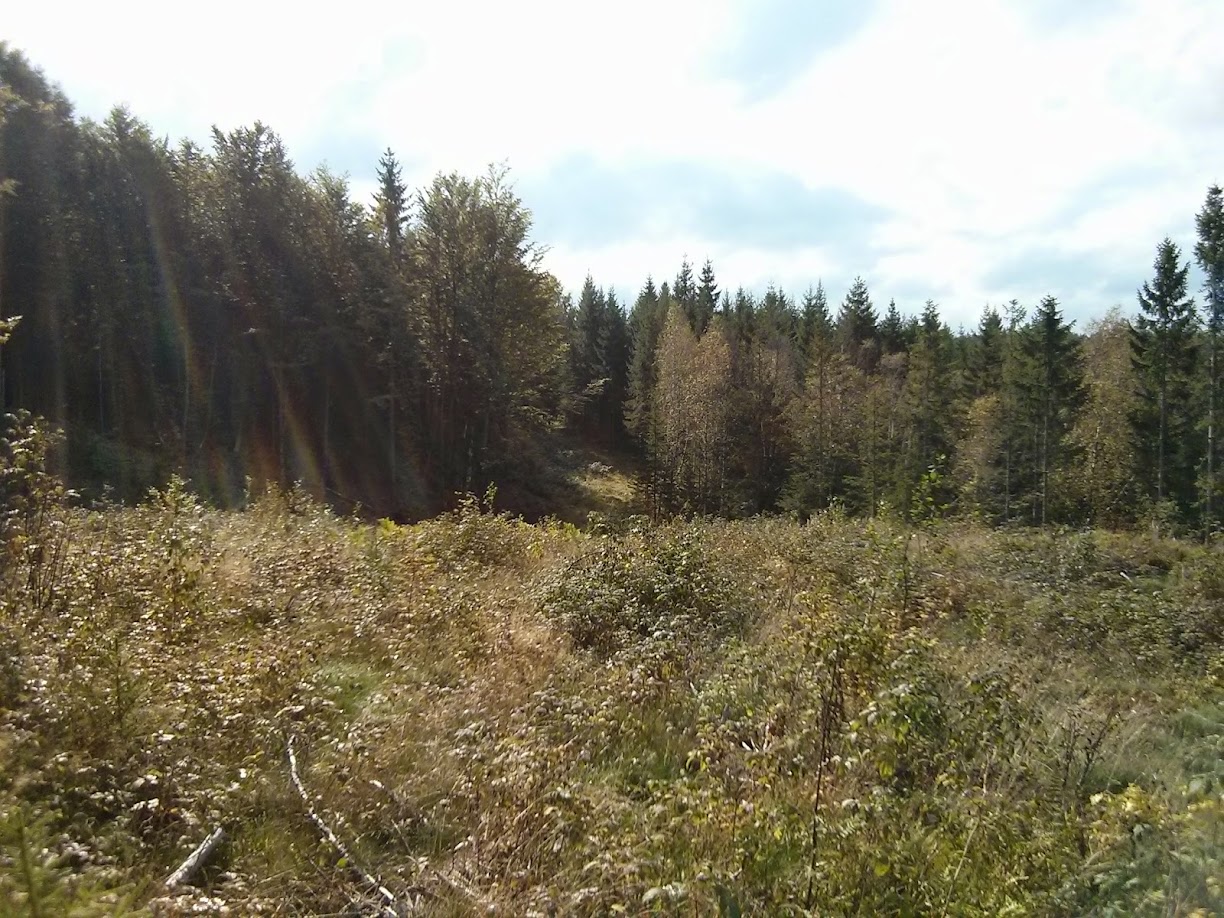 Not good for riding a CX or even a mtb 😉 went back and took another way and found nice singletrack (for mtb) on the way back.

Rode a bit on a new gravel road that was really nice down from Langevatnet and took the asphalt back to Tønsberg. Great place to ride to if you want to ride a bit longer and train for a marathon race example. Laying on a hill to with a climb steep enough to make 38-25 to hard gearing 😉

Back home and ready to wash my bike, was a bit muddy: 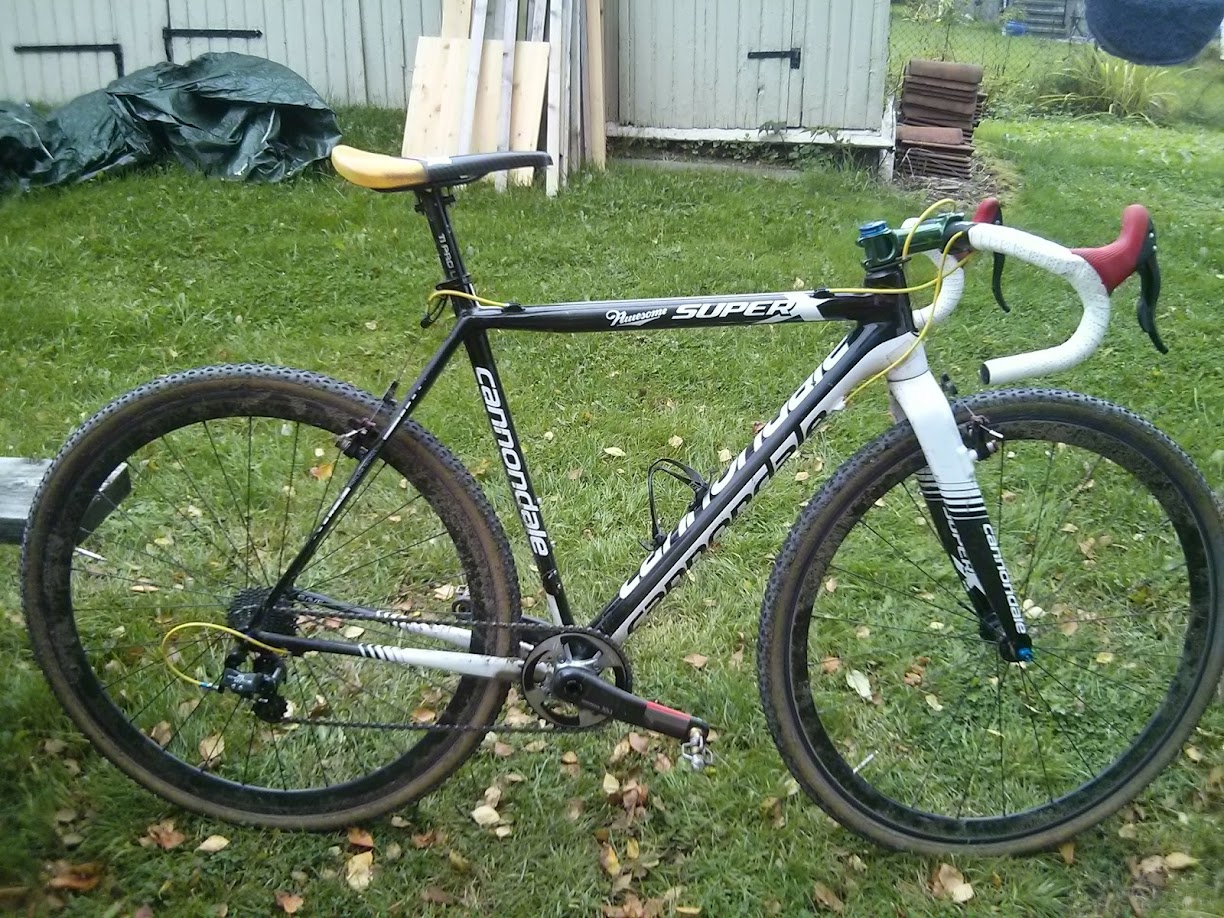 Is there better way to spend a sunday afternoon then be out riding nice trails with a friend in summer sunshine?

My legs felt tired as fast as I sat on my bike today but when I came out to Vardås and met Joachim and Erik I didn’t feel anything. Enduro riding so ride/walk up and then we rode down, through som bad track and up a new hill. Down back and then back to the first hill. Up halfways and then Erik left us as his bike didn’t work as he wanted to.

Me and Joachim rode almost all the way up again and down some new track and then he showed me some of Nøtterøys finest trails. Not always perfect for a 29er hardtail but fun and great climbing with a hardtail, so much easier to move over and get power on the pedals. No sitting around and playing but I like it, missed hardtail a bit.

Here is Joachim riding up to a super nice trail:

He rides a Trek Slash 7 27,5″ which isn’t as good uphill as the Superfly I borrowed this weekend but he’s superfast downhill.

Thought of writing that we ended with the best downhill but I’m not all sure, so many nice downhills. Some are a bit too technical for a XC hardtail but nothing impossible. Rode down a steep section today that neither me or Joachim was sure that I would ride, but went fine. If you got confidence and riding smooth you can ride a lot even with a XC hardtail, and even with 2.0″ tires that I got. Gravel racing and grass tires.

Map and stats of the sunny sunday ride: Movescount

Then the Women Elite with Jolanda Neff as biggest name and mud that should fit Alexandra Engen. Julie Bresset always a rider to keep out for too. But today didn’t went as usual. Jolanda Neff and Eva Lechner started fast as usual but after some time Neff dropped, and dropped, and dropped. Alexandra Engen punctured in the wrong place so had to walk a long way and lost the race. Julie Bresset had some physical problems so DNF.

So it was Eva Lechner who rode the race strong and alone in the front. Chased by Sabine Spitz who had a puncture and had to change wheel. Emily Batty and Irina Kalentieva was close so passed and Batty liked the warm humid conditions so impressed today.

Sunny weather and all planned for today was to collect a little package at the mail office. Perfect to start the day with riding some mtb with some strong riders. Along the coast (or something like that) out to the talked about Esso forrest. up to Horten and a stop that included an ice cream for me.

Then a bit after in Horten it was stop to fix a dropping seatbag and I took a picture on the others:

29ers all the way and I can understand why. A lot of gravel today, except some technical trails where a 27,5 fs would be perfect to get around all turns and over all roots smooth.

Was a bit to high pace for me so felt like I was missing some muscles. Some gravel roads up on Hortensmarka and back home on asphalt first and then on a nice singletrack where it was really muddy last time I rode there. So much nicer when it’s dry 🙂

Home after 3h1min effective time, 3h7min on my watch and with tired legs. The rest of my day will be soft, that’s for sure 😉

Still waiting for some parts from R2 for my bike as the package stayed a couple of days extra as the customs so when Veloshop got a new demobike I saw the opportunity to go bid. Carbon 29er with full Shimano XT, DT wheels and Rock Shox SID RL fork seemed like a nice bike to try.

Did as usual when I’m coming home from work this week. Ate a sandwich, pumped the tires and changed clothes to go out riding 🙂 A bit later today as I helped a friend at work. Came a couple of hundred meters before I had to adjust the saddle. AX-Lightness Europa seatpost and Tune Komm-Vor saddle straight from my Cannondale Scalpel. A lot slacker seat angle on the Trek so had to adjust a bit. Then of to the closest forrest and riding trails like this:

Went a bit further north but just some gravel and wide tracks so turned back and headed for some enduro riding. Except the full gas uphill too 😉 Super fun to be back on a hardtail again. No matter how good a lock-out is a hardtail is stiffer. Standing and sprinten came to a complete new level again, so fun 🙂

Rode around a bit and tried to get a good time on a climb, but saw afterwards that it isn’t a segment 😦

Ended with a nice downhill I’ve done some times before. First time with Trek Remedy 27,5″ and it have to be the best time, managed to get up a ”wall”. Trek Fuel EX 29er was just to big and heavy to get up a part. So today going the same way with a 10,4kg hardtail I thought that it would be easy. Looking like this:

Coming down a little and then straight up this. Lifting the front wheel and then liften the rear wheel to get over the first rock that is straight up and not possible to pedal up. The rear wheel part went good with the Remedy but today I lost the grip the first time and slided backwards, had to jump of the bike. Tried once more but it wasn’t possible then either 😦 Too big wheels or is it the rear damper that makes it?

Found a tricky descend after this too, always went around on a singletrack that is nice but today I found a new line down a couple of tricky rocky drops. Really nice to dare to ride steep parts and nail them 😀

Maps (or spiderweb) and stats: Movescount

If you want to see a great XC course what I’ve heard. Here is a video from the first Norwegian XC Cup race on sunday:

Is this the new standard for XC bikes? 29er with Rock Shox RS-1 fork and XX1 gearing?

But the bike got normal Sram wheels, not the new XX tubulars. So should be possible to use the fork with a normal 15mm front wheel instead of their special but maybe not as stiff.

What a day. Nice singletracks, good food, ice cream, good friends and okey weather. Eskil showed me and Hampus the best around Taberg including the Tabergs top that is 346m or around there over the sea. A mountain sticking up as you can see here with Eskil and Hampus watching the view:

Think I have to try a good 29er too, or just train more/better as I had a hard time keeping up. Lowered my pressure a bit so 20psi today which was much better than yesterday. Great tyres those Tufo XC4.

Rode up between the cows on a very steep field, almost made it. All three almost made it, had to get of the bike one time each. Hard climb but fun when you’re up and interesting when you are on the lowest gear, high heart rate and feeling that you can’t manage to get the pedals around you still can make it 🙂 Rode down a nice singletrack with many technical mistakes from me but great training and fun trail. On the bottom looking up it’s pretty steep:

Great ride, and here is the stats from the 2h: Movescount