This is 10g I could save but building a bike ready to use so a bottle cage is a must. A bottle cage needs to hold the bottle and I would never use a bad one just because it’s light. This new Wasserträger from Tune should be good and light, a good combo.

A bike can’t talk but it can give signals. My cx started to collect dust and begged to go out today so announced a gravelride after work but without answers.

Tried the Peloton CXloop for the first time with my own Crux. Last time I did it on a cx it was my boss Crux Pro the 25th March. Today the plan was just to have fun, no higher goals and I succeeded. My Crux feels stiff, fast but also so quiet. Took some pictures for you: 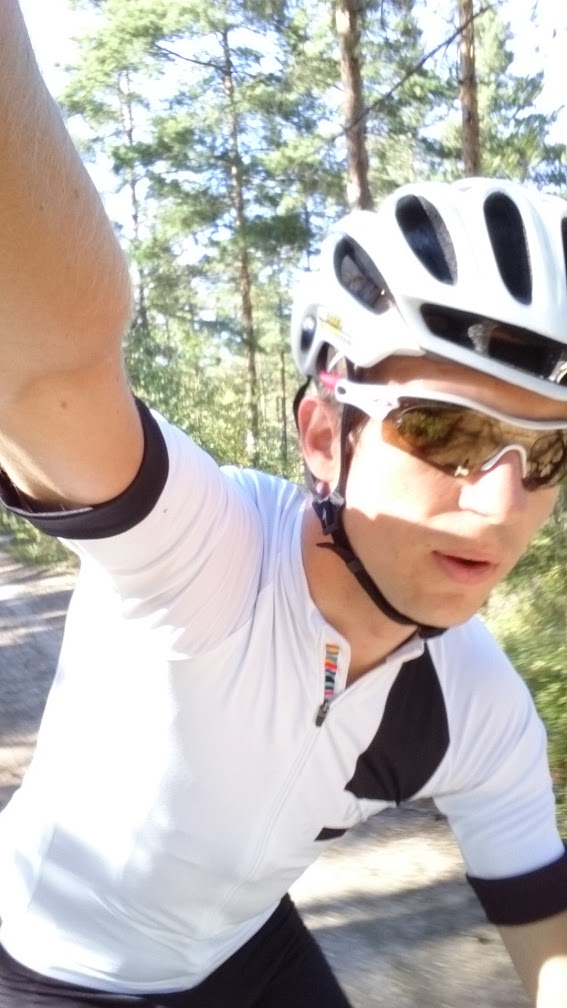 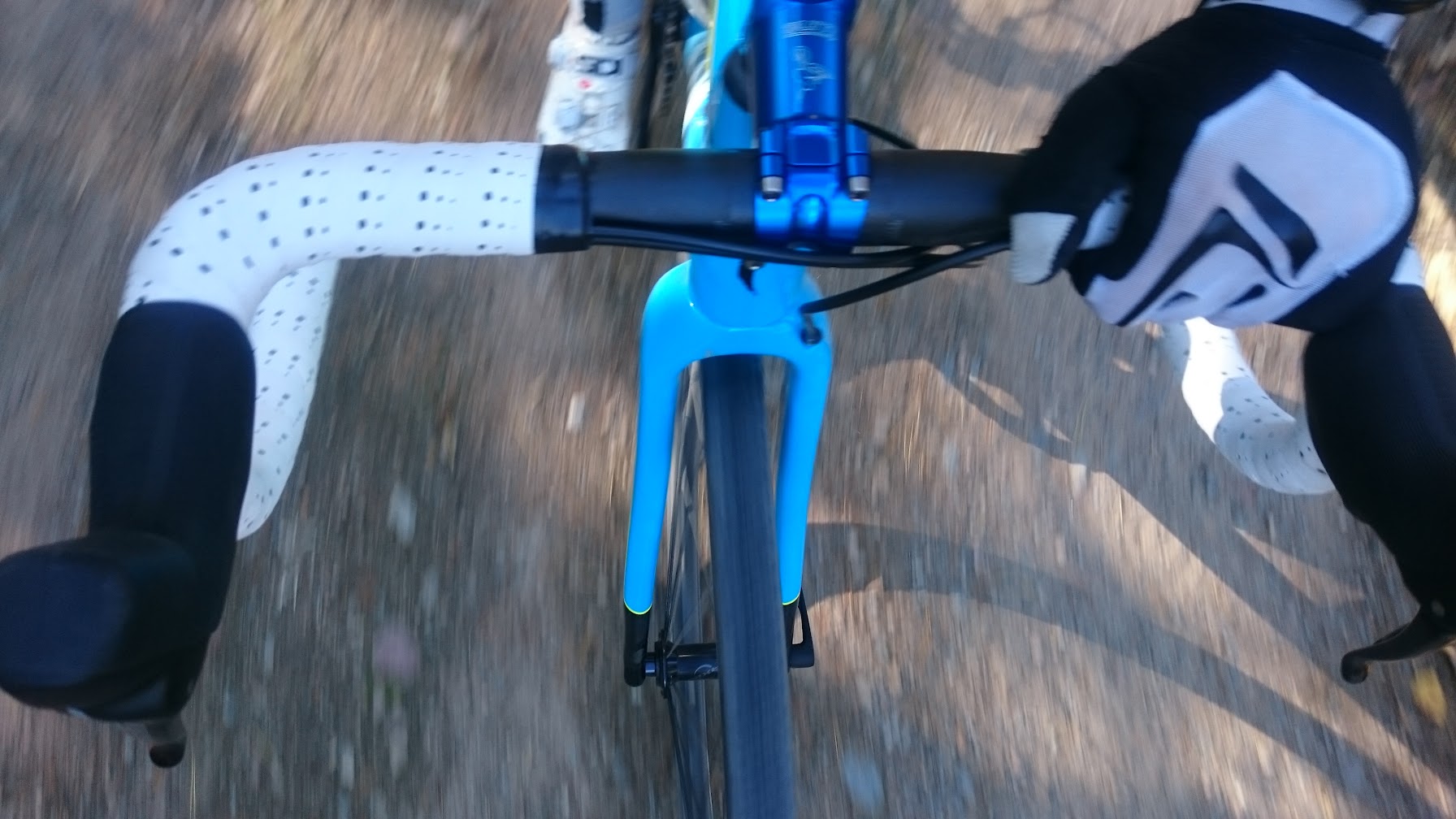 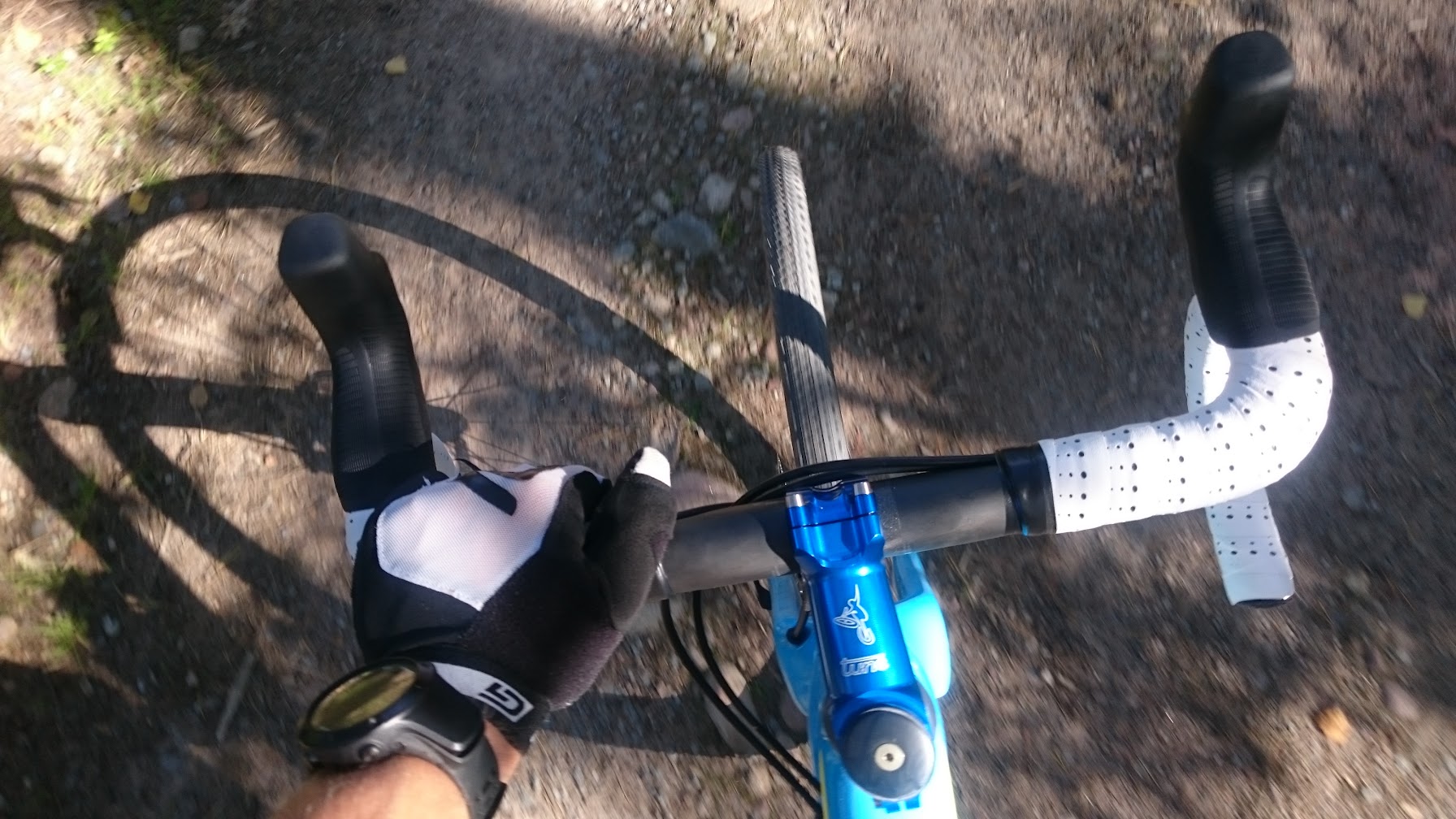 A little after this on the gravel out to Erstavik I found my gears limit, 40-11 was a bit too easy with tailwind. 😀 Around the small lap and then back. Went pretty good with not to big effort. And then I met a guy with orange bartape, could only be one so we stopped and met. Magnus was out training too.

Had a chat that ruined my Le Peloton Stravasegment but was nice in the sun 😀 A reason to ride it again in the sun and try to beat some personal records. Maybe next saturday. 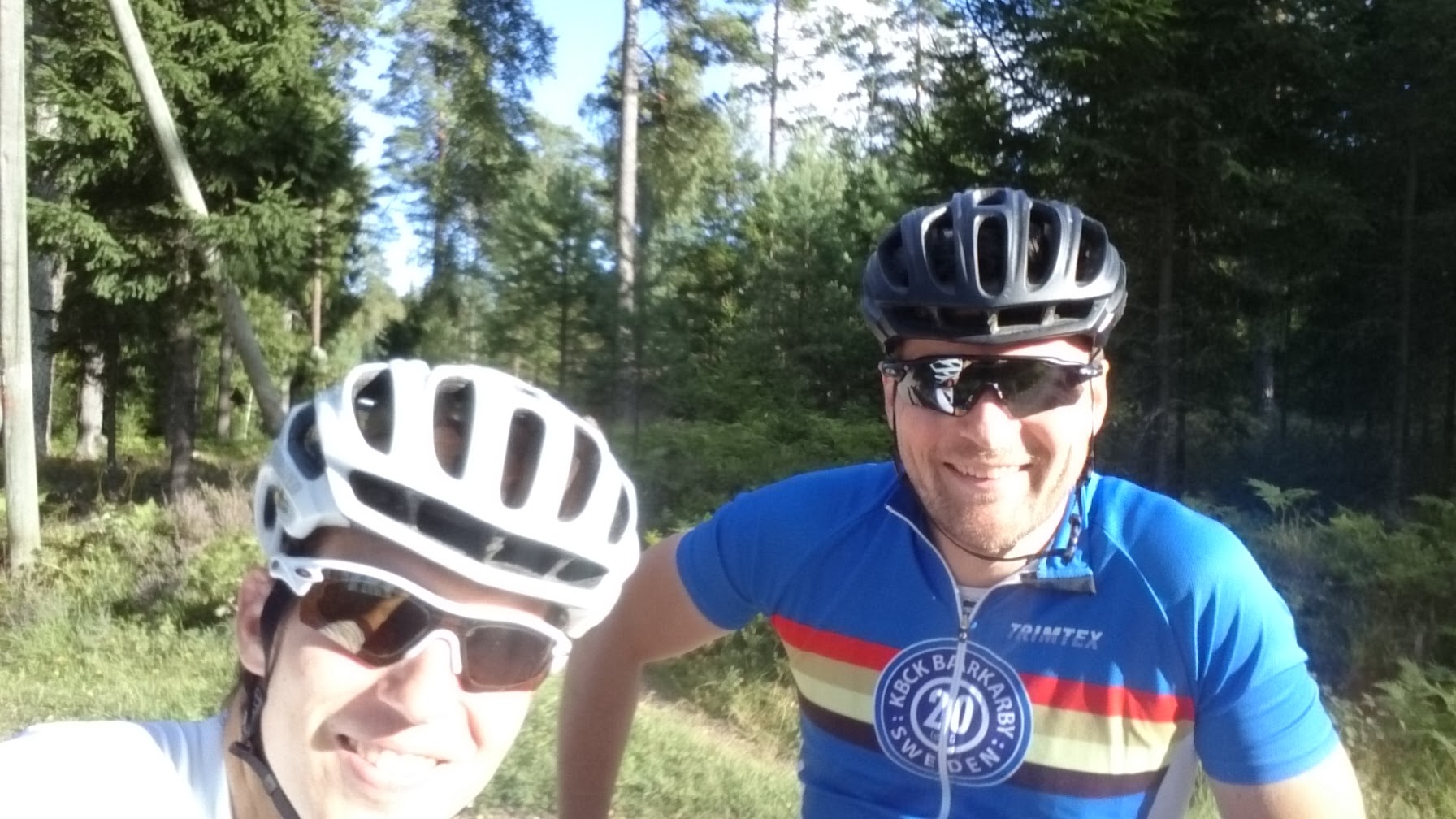 Got a personal record of the little lap out in Erstavik today but a lot segments behind the ride I did in March 😉 Then it wasn’t as dusty as today so better grip then.

and the important thing today which I’ve missed. Womens last world cup of 2015 in Plouay!

Grand Prix de Plouay-Bretagne was today with a great podium. If you like me was out riding when it was UCI got a replay. Watch and enjoy Emma Johansson beat a World Champion:

The first impressions mention some new parts but hopefully more fun will come. De Rosa is making a new aerobike together with a super car designer. De Rosa SK Pininfarina:

Tune is coming with a straight post with setback, think Thomson (but less weight and cooler):

And the biggest thing the first day. SRAM Red eTap:

RE4MER is the latest saddle from the German company

62,5mm high so a high saddle with a width of almost 130mm. But even with that height it is really light at 79g. The leather you see in white here is alcantara and in regular Tune style available in different colours:

The more cool thing is the new QR they come with after Eurobike. As for now when everyone using thru axles where you either have to use a allen key to loosen or turn around for a while to get it out it’s a bit time consuming. Suntour got a faster system but hasn’t come on anything else and Suntour isn’t that usual.

Tune and Winora/Haibike developed the QC system. A nonthreaded fork/frame where you mount a small end in to work with a special QR. Fast and stiff.

Watch this video and you will understand:

The groupset came today, using Sram Rival 22 except the cassette shown before. 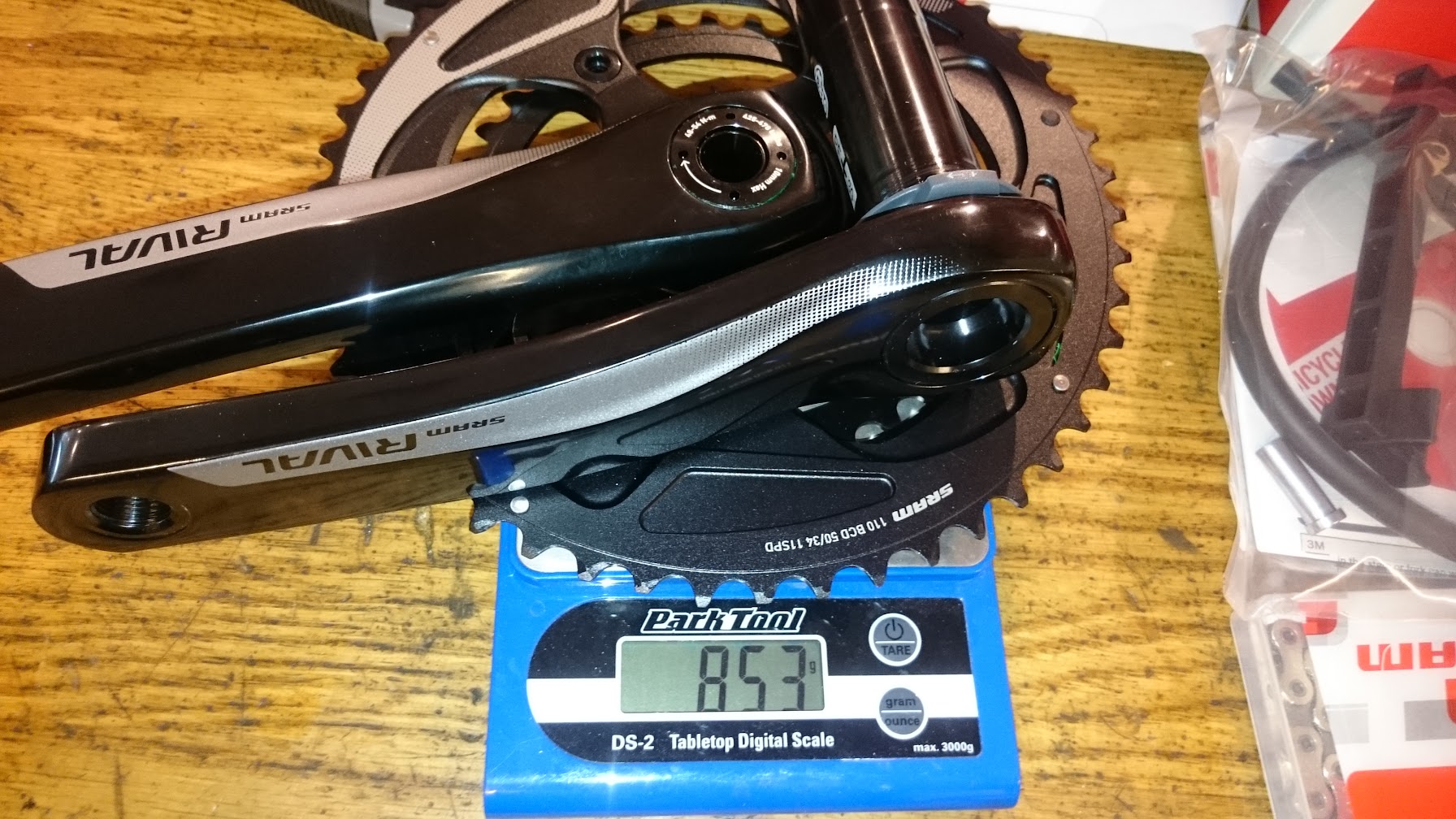 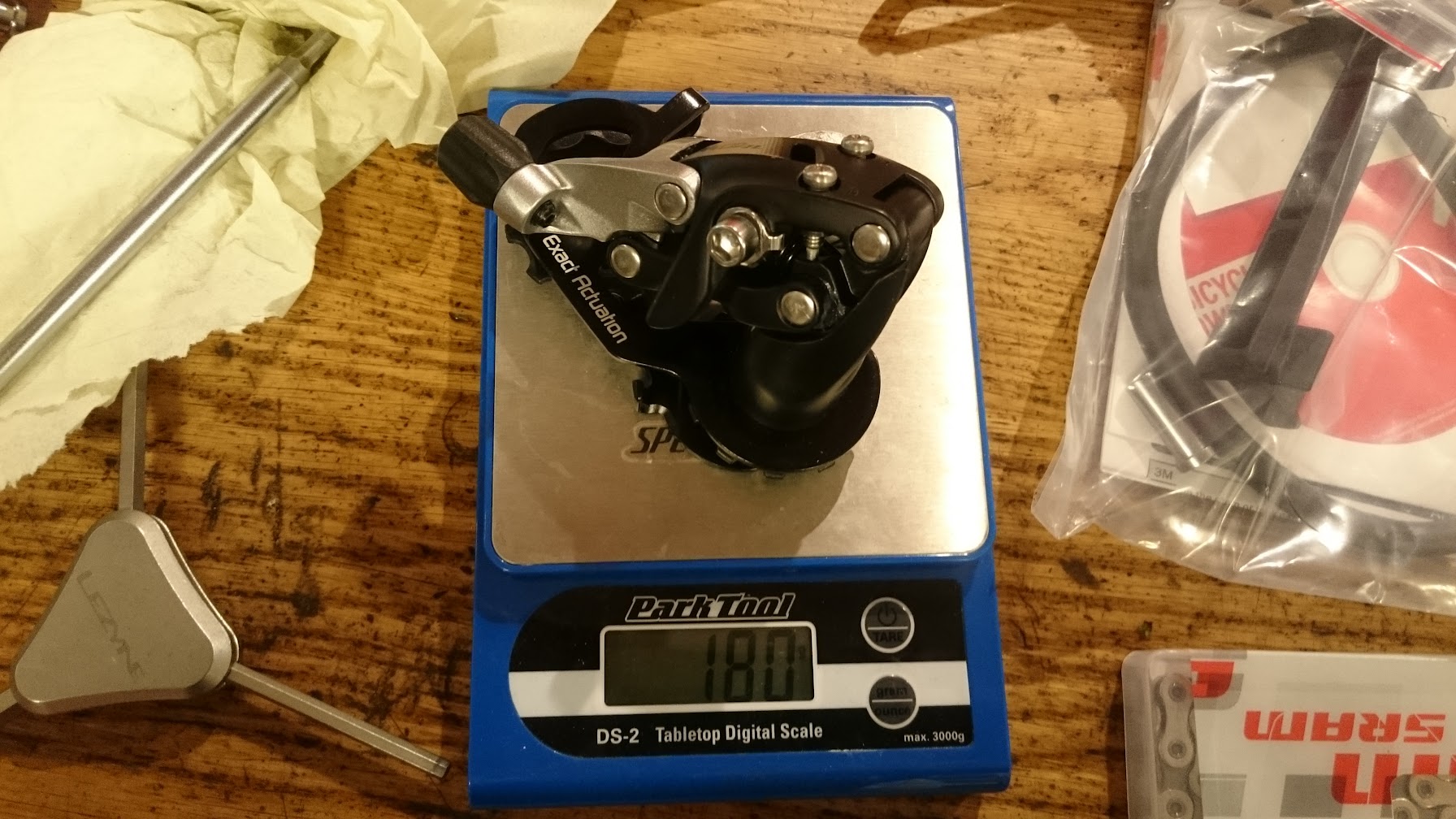 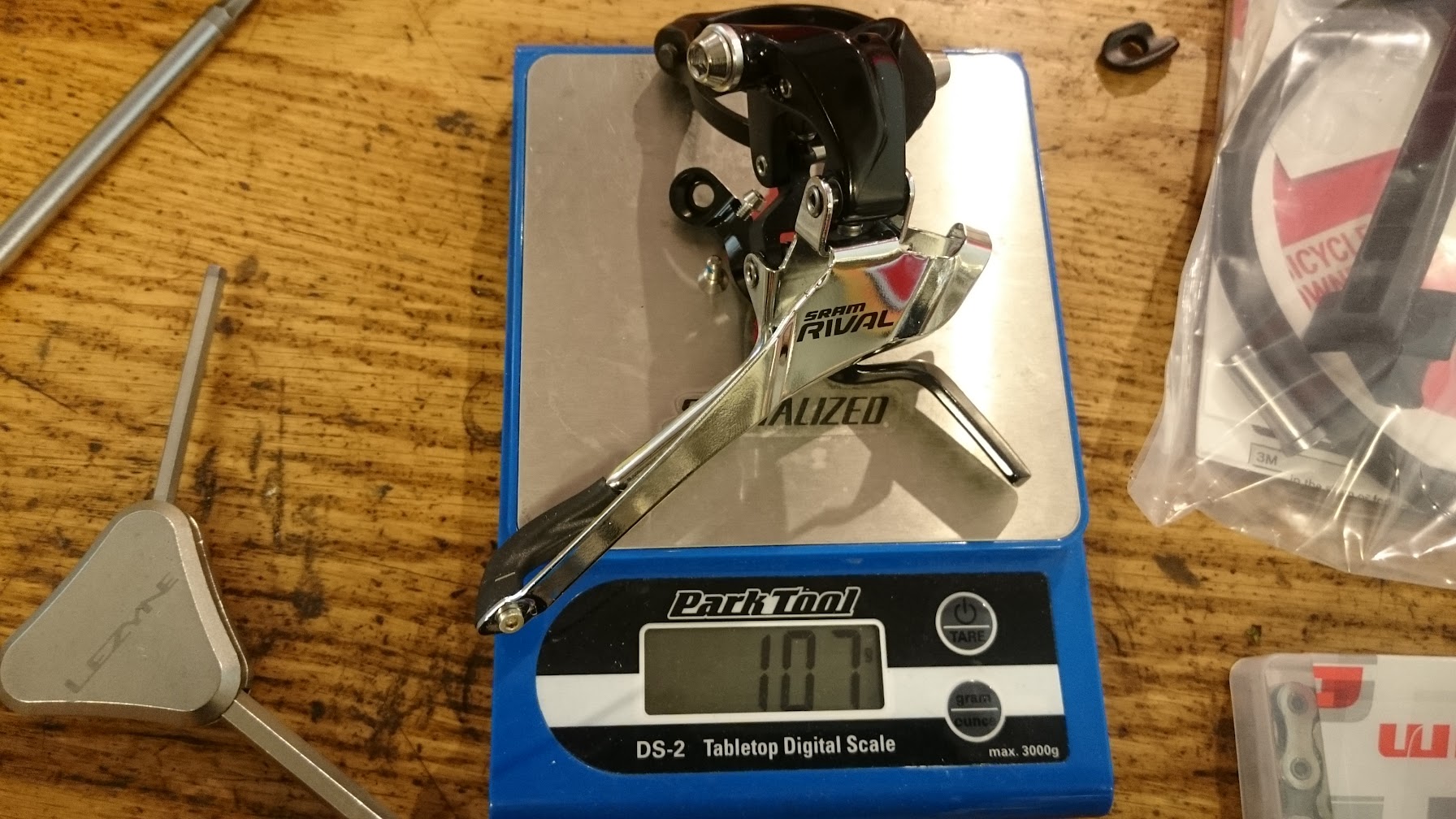 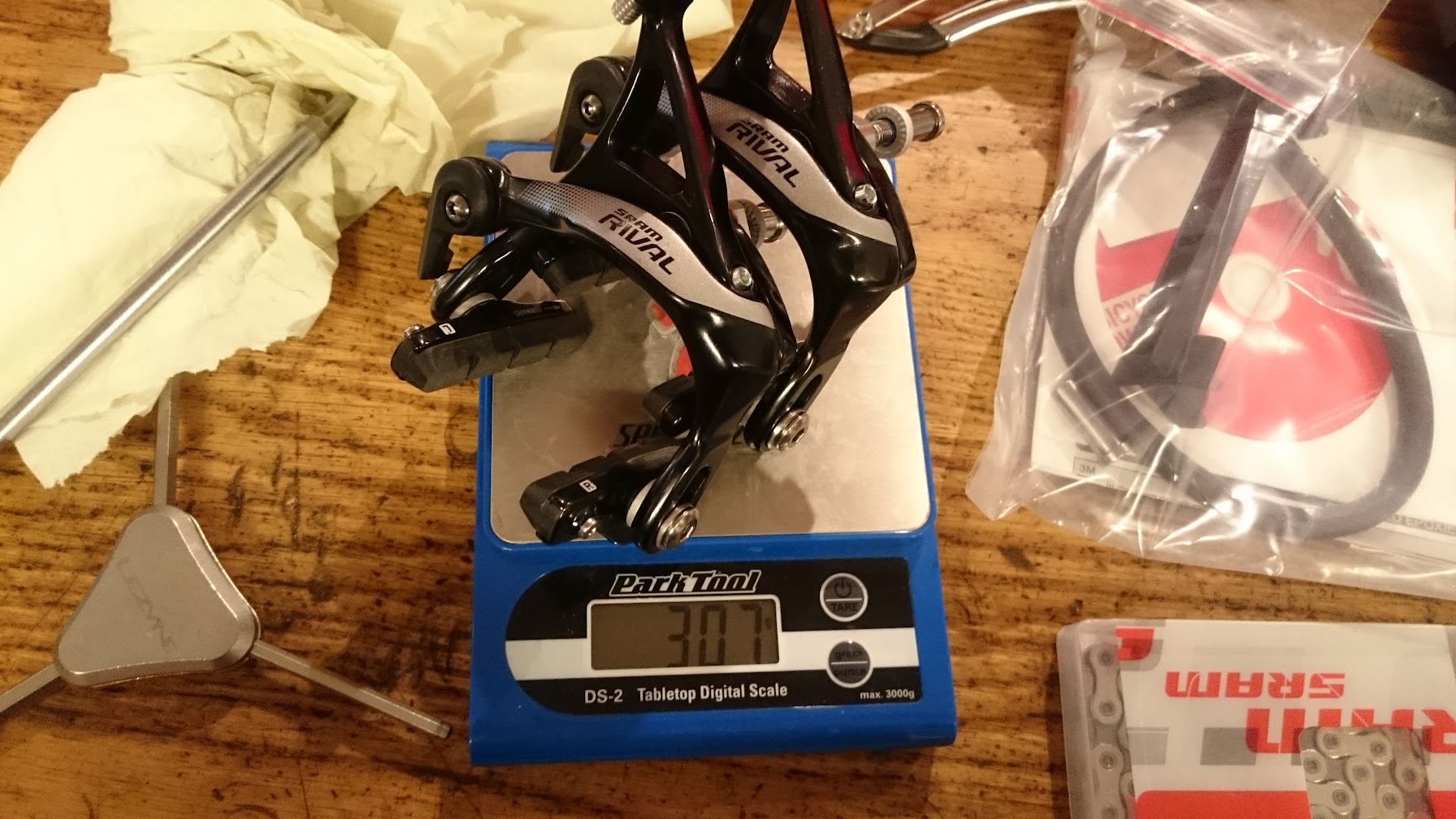 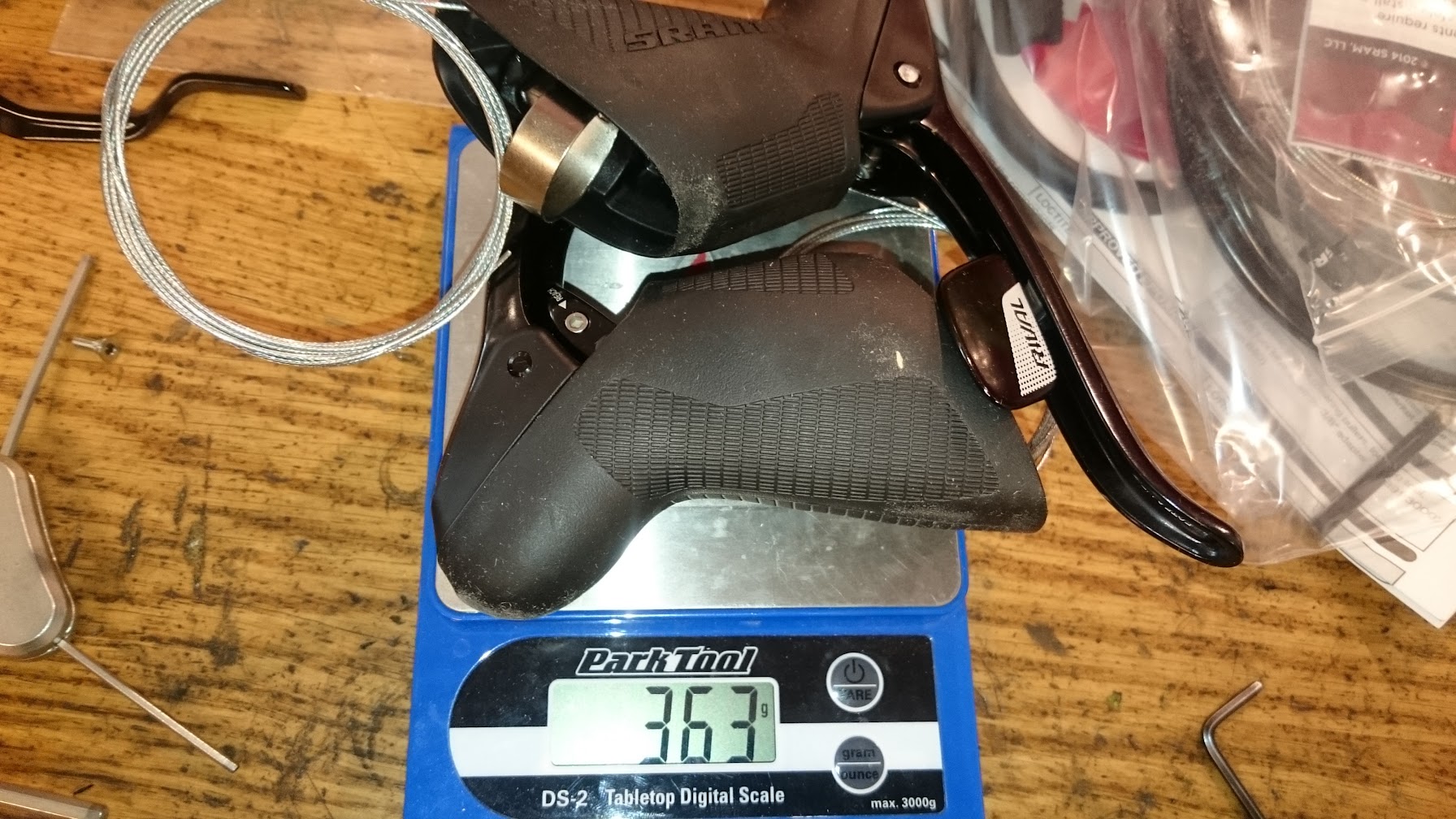 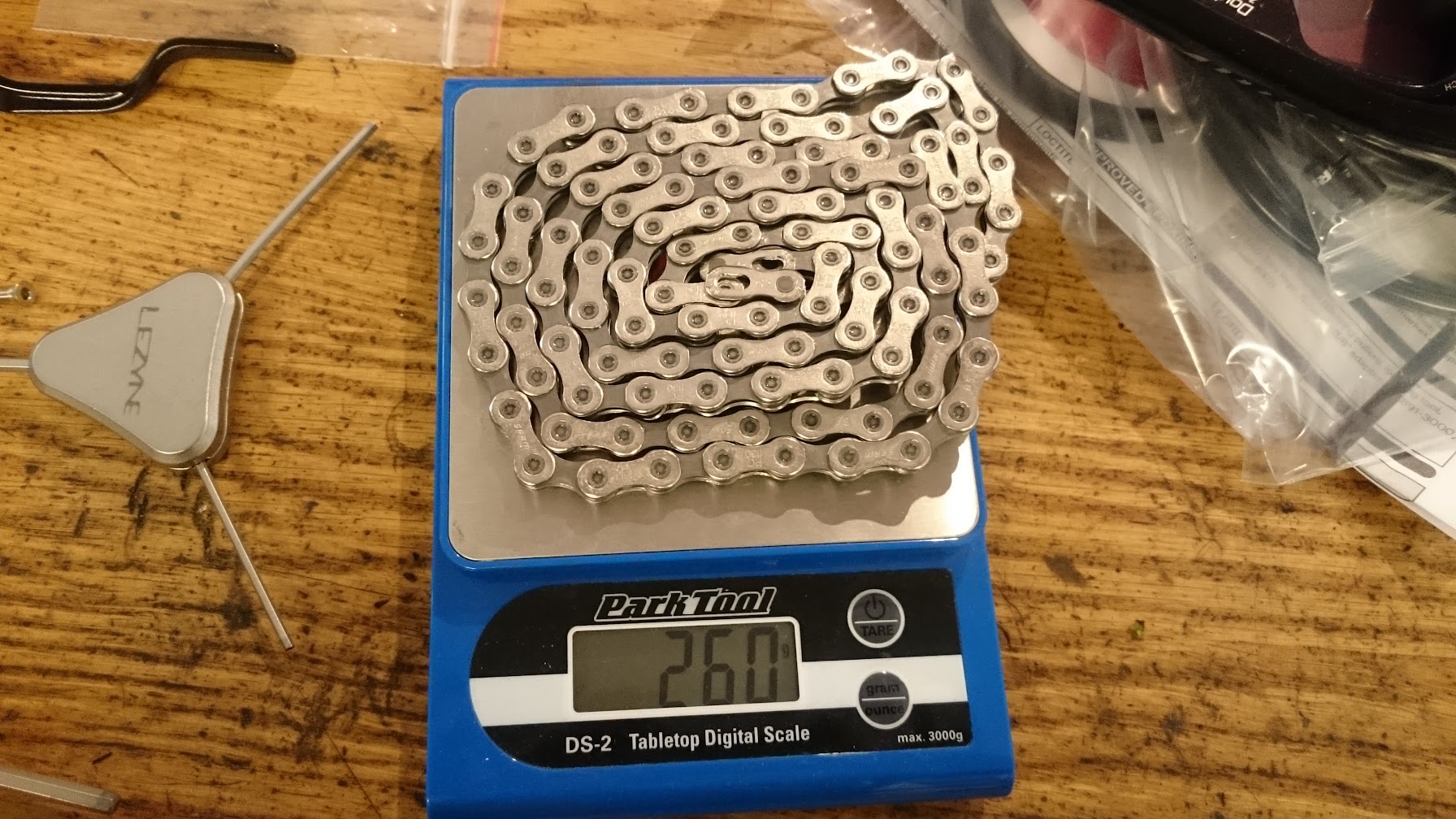 And the wires (-88g lighter shortened and tuned for the frame): 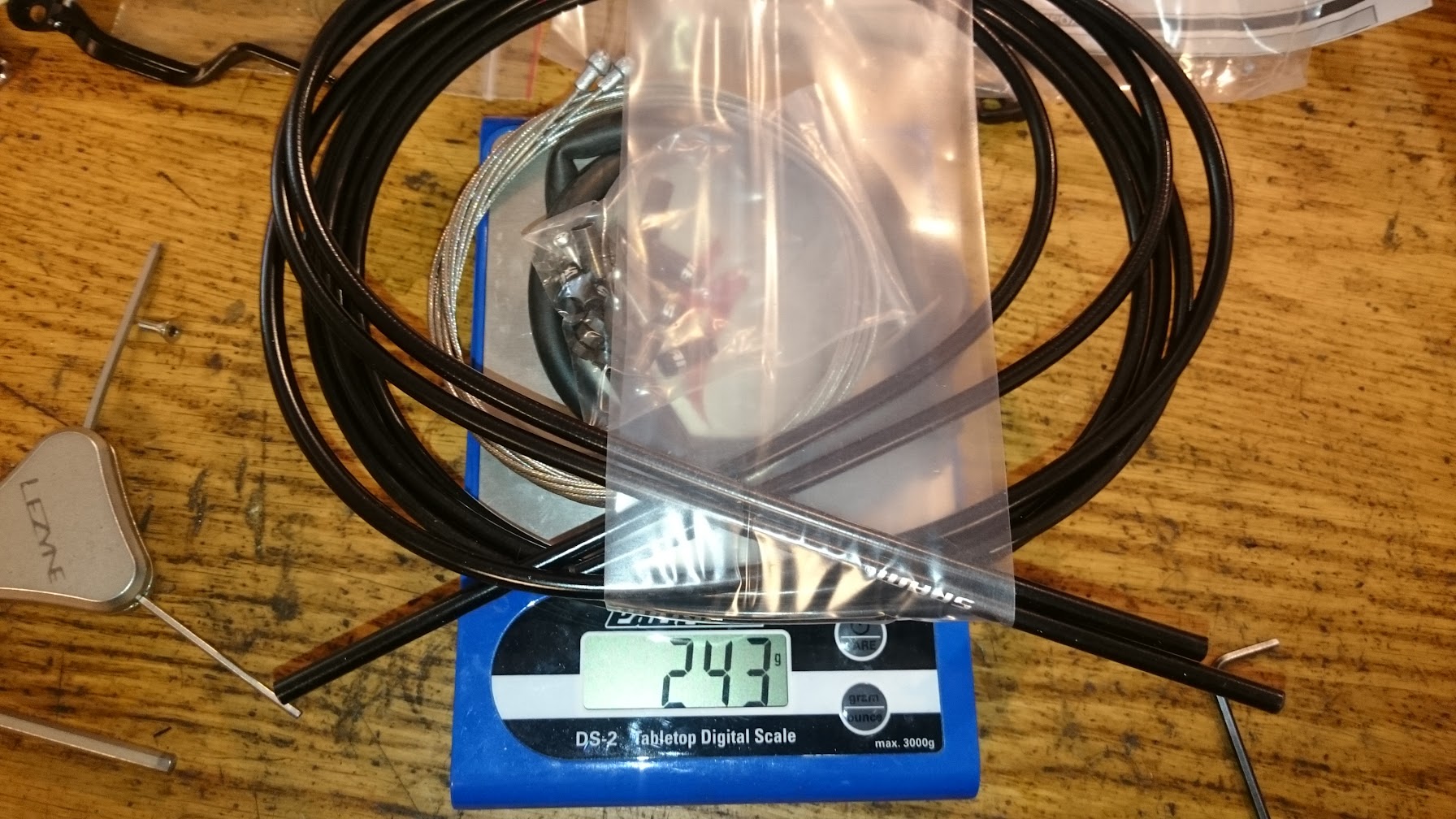 And then a stem, a bit heavier than planned but good looking Deda Zero100 Performance: 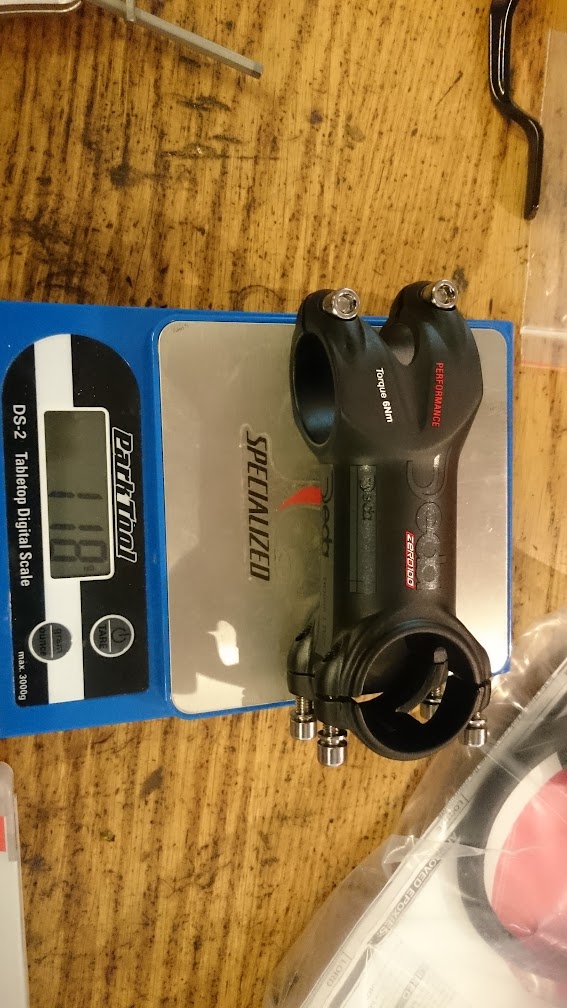 And then the lightest part today. Bar tape. Deda Perforato (-7g after taping): 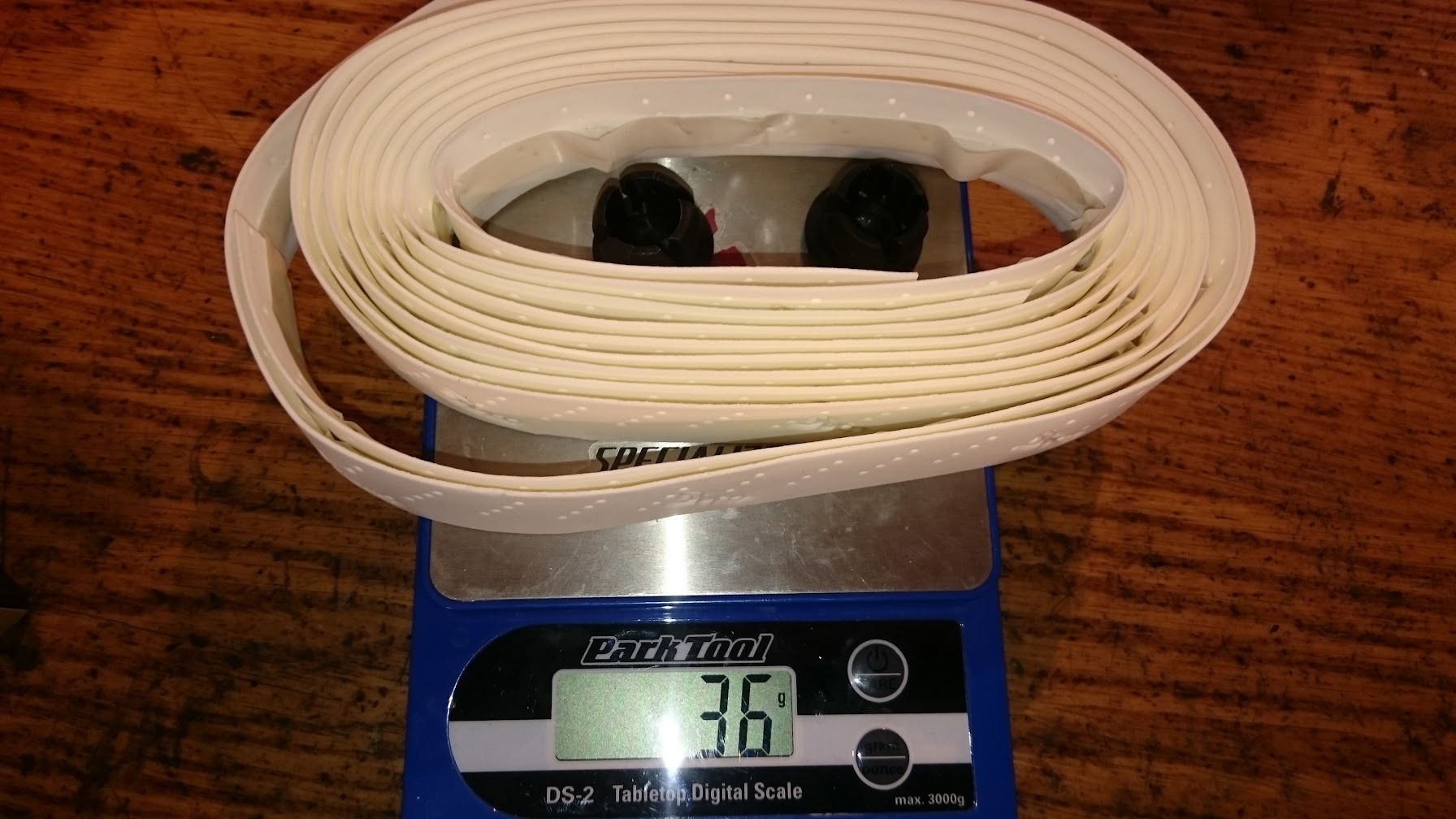 29g for a bar tape is pretty awesome.

And the result except the S-Works seatpost and white saddle (same type) that is in Italy now and a pair of Shimano Dura-Ace pedals: 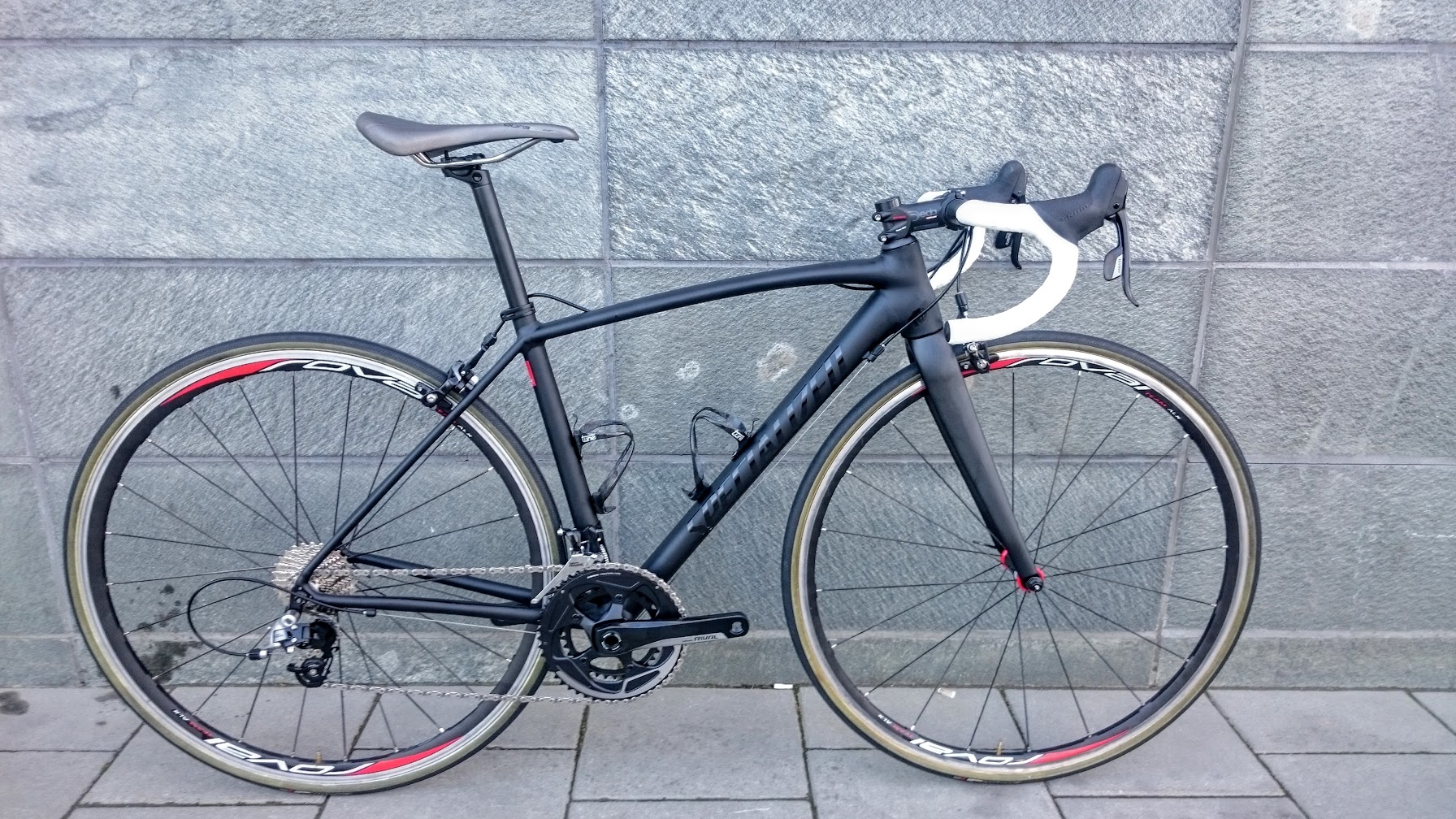 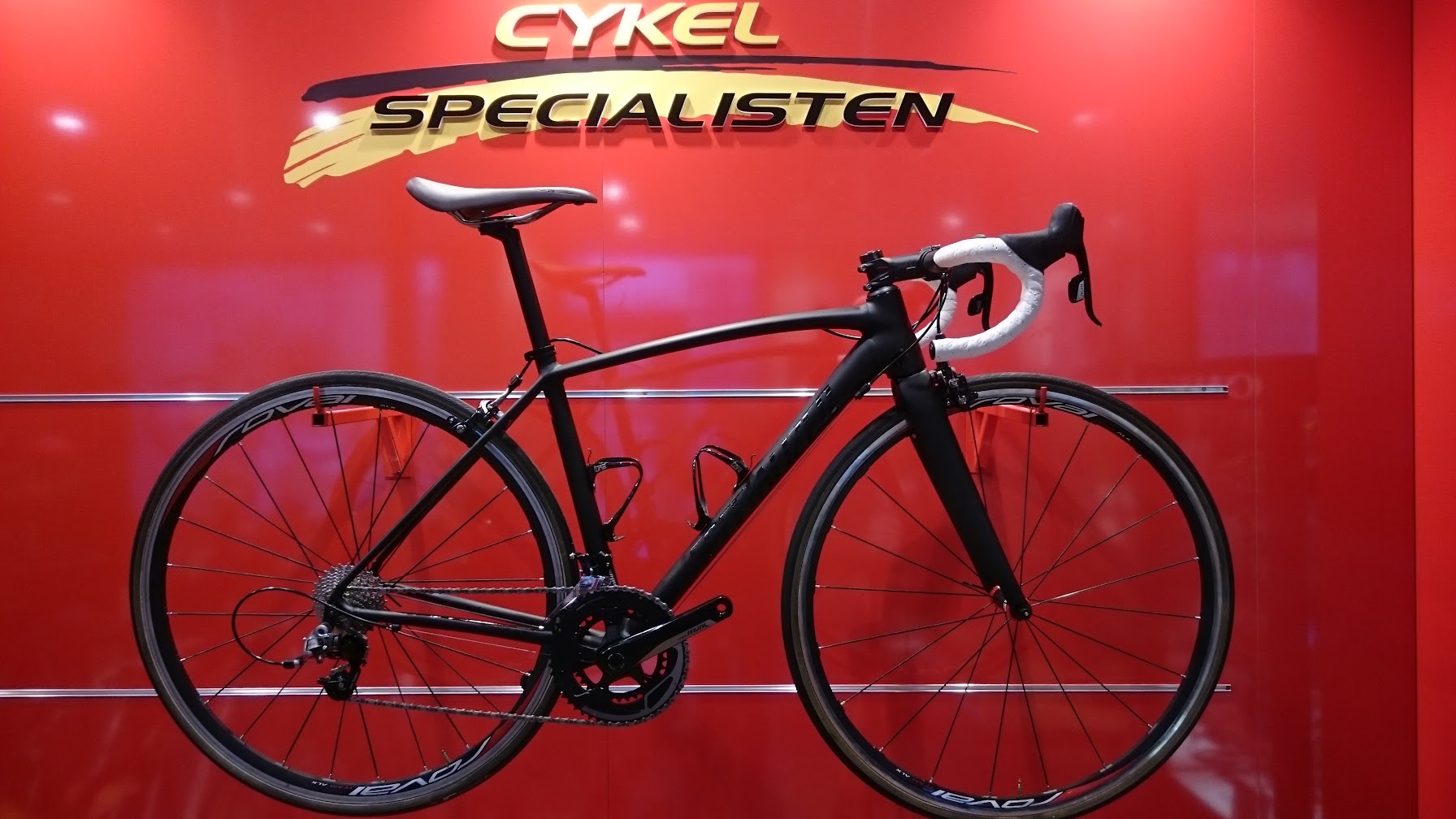 7,34kg with some help of Tune DC14 QR, Tune topcap, Tune Wasserträger Uni bottle cages and so on, small tweaks.

Thought about blogging yesterday but didn’t have anything to say really. But today I have. Went down to Skövde yesterday with the best team (SCS Racingteam) to race the first race in the Swedish XCM cup today. Långa Billingeracet is my favourite I think as it’s 3 nice climbs up the mountain Billingen, it has some technical singletrack and a lot of flowy trails. A great mix of terrain that makes you just wish to lay down and die in the last climb.

I had some goals today, maybe didn’t mention everyone before but in my mind I always have goals. Have a hard time fight and ride hard when sometimes being alone if I don’t have goals. So today:

Biggest and hardest goal was a Personal Record in time: Time to beat 3h48min.

2nd was to beat an old friend Fredrik Winberg.

3rd was to beat the two fast girls I was travelling with, Jessica and Carolin.

4th was to beat a good customer Johan R who beat me at Lidingöloppet.

Fredrik was like usual before not as good as I am so it was easy. Johan R passed me in the first climb but I had a good pace. Went hard the first 10km and when I was alone on a long gravel section another old friend named Johan G caught me. We rode together for a while and even had time for a chat about where he lived now and so on. (like Billingeracet extra because you meet so many nice friends) He dropped me in the forest a bit later. But then another guy caught me and did a huge job letting me sit on his wheel. Daniel who was raceleader at the National XCO last year and a guy that dropped me many times training with my old club Jönköpings CK. The sad thing was that he flew over his bars in a downhill section and then I was alone again.

Found a good group to ride with and rode together more or less for around 20km which was really good. Including Johan G who lost the group in the end. I passed people and I had learnt that I had to find people and groups to ride with so did some efforts joining people to get the speed up and the effort down. Tried to ride smart, and as fast as I could.

After like 50km my legs started to feel bad, started to think I would get cramps but I held it in schack and rode as fast as I could but not too fast. Enjoyed the trails except the ones with a lot of mud. Felt happy about the sunny weather and that my bike worked perfect.

In the second last climb trying to get one specific wheel I passed a guy that always win over me at Keps Cup earlier this year and it gave me a boost. A boost which I really needed in the last climb called Strupen. It is steap and I never thought I would manage to ride up. But I know how it is to ride on the lowest gear and the feeling of almost not going forward after living in Bergen so I never gave up. I even missed to gear to my lowest gear so rode 34-36 up the climb and seeing the end was maybe the best feeling this year 😀

But failed with the time, 3h51min today but the course is a bit longer than when I rode at 3h48min (2007) and more mud today. Was satisified and it can be a really great cycling year this year 😀

And finish and meeting this guy was awesome deluxe. Axel Lindh from SCS Racing Team won!!! today and he was absolutely worth it. So happy for him:

Map and stats: Movescount and all results: Billingeracet 2015

And last but not smallest. My biggest thanks to the guy helping everyone with driving, collection clothes, feeding and so on. Jaime Palou is the man!!!

the car of the weekend:

Got some pictures from today photoshoot for Rawness by Bang:

And for a nice Thank you too Specialized Concept Store Stockholm, Tune Sverige and Racing Bike Sweden for the support.

The misery. When motivation and feelings doesn’t work together it can be a hard time. This morning I was motivated to ride as it’s the last training this week and I like riding with others. 2° and boring weather when I looked out at 5.15 this morning. When I got dressed and came out the door it was raining.

With waterproof Café du Cyciste Jeanne bibs and Loulou legwarmers it felt pretty good anyway, and new gloves from Oakley. The only thing I missed was my Assaver that was at work.

Not so many riders today: 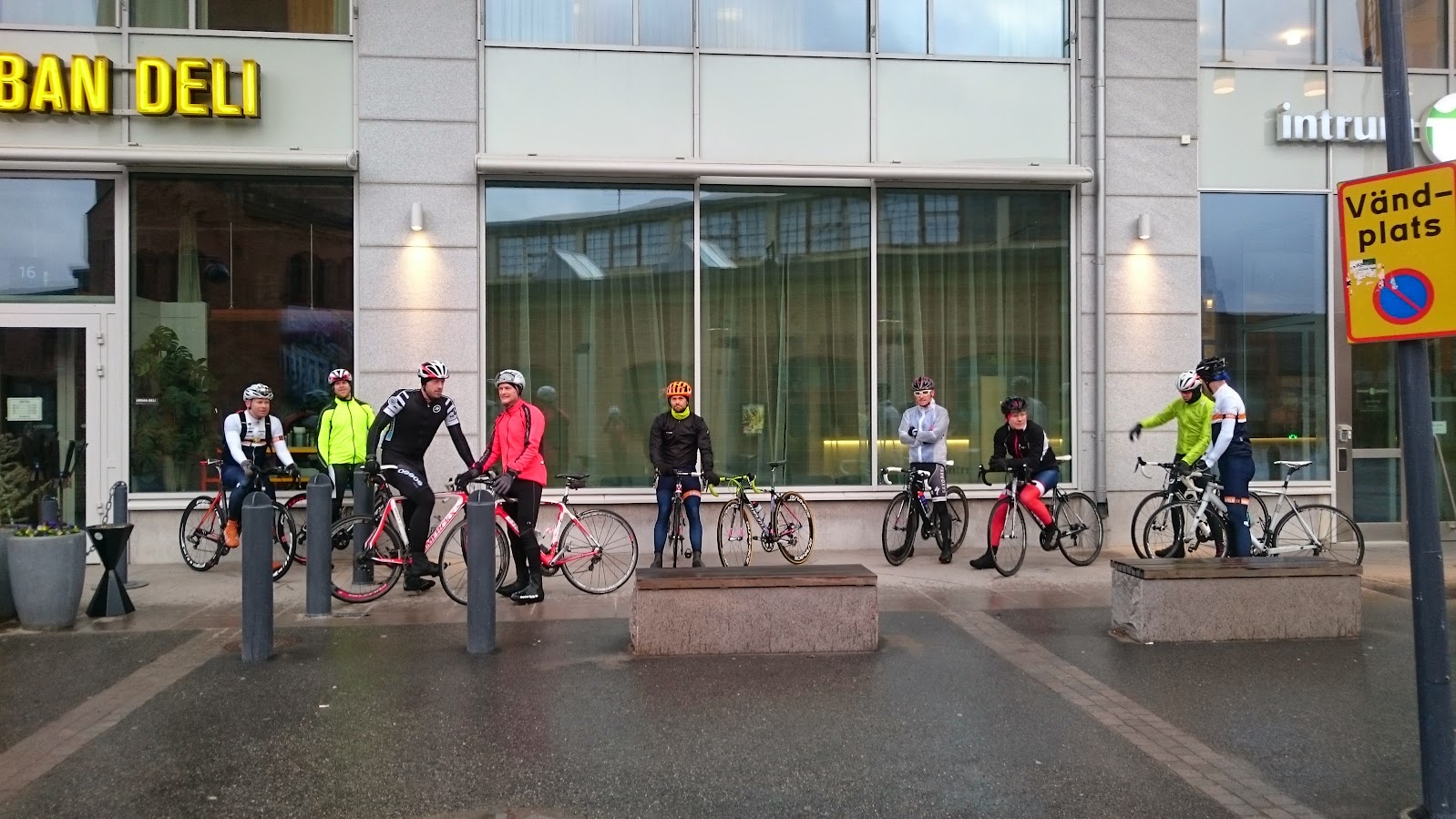 Rode in one group today. But after a short sleep my legs wasn’t on top and I got dropped pretty fast. Turned left in Saltsjö-Duvnäs and rode the 2nd group ride. Thought of taking the shortcut in Älta too but the Stravatime motivated me and then it wasn’t raining any more. Ended coming first to Le Mond and sat alone in the beginning eating breakfast: 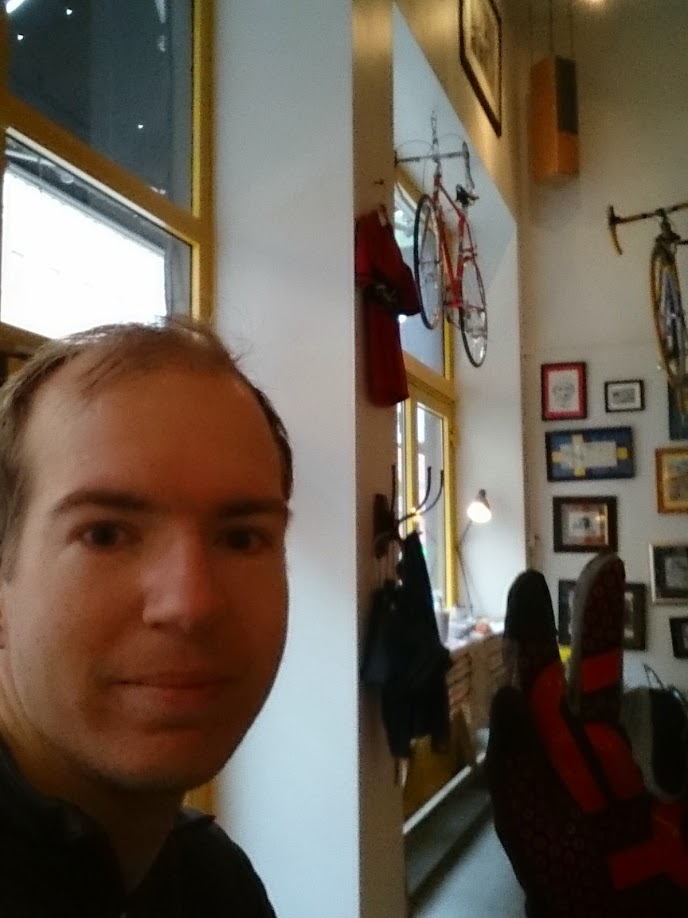 After around 10min 2 more riders came. They got dropped on the Fisksätraloop and rode alone. But no sign of the 7 others that should be there earlier. 1 more rider came, said that the group took a strange way, shortcut in one place and a longer way in one place.

That’s how it can be, but we got a nice breakfast 😉

Tried my new saddle for the first time today. slipped a bit backwards but felt pretty good, made the bike weigh 6,48kg. Not completely sure on that it’s better than the Romin but not bad. 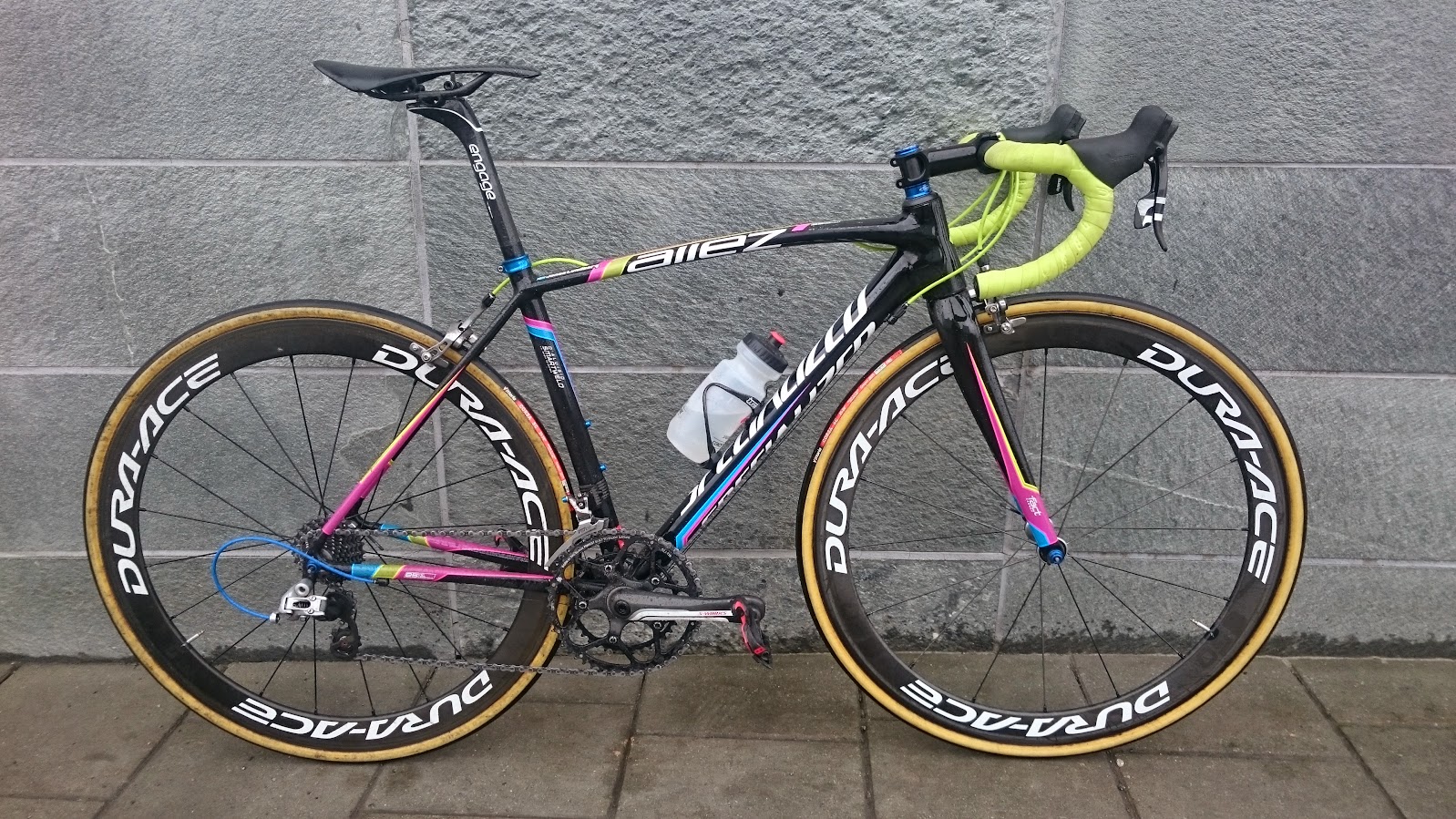 The tires are great and thought of it on the way home. Second or third time not pumping the tires that use a latex inner tube before I go home. Pump them in the morning to 6,5bar in front and 6,8bar rear. Checked the pressure in the fronttire when I came home after work. 5bar 😉 5bar and was feeling great, that’s nice. Vittoria Corsa SC 25mm 🙂

Map and stats of today, 30km/h on the Le Peloton 2nd group: Movescount

When racing on road just ends in a tragedy like this: 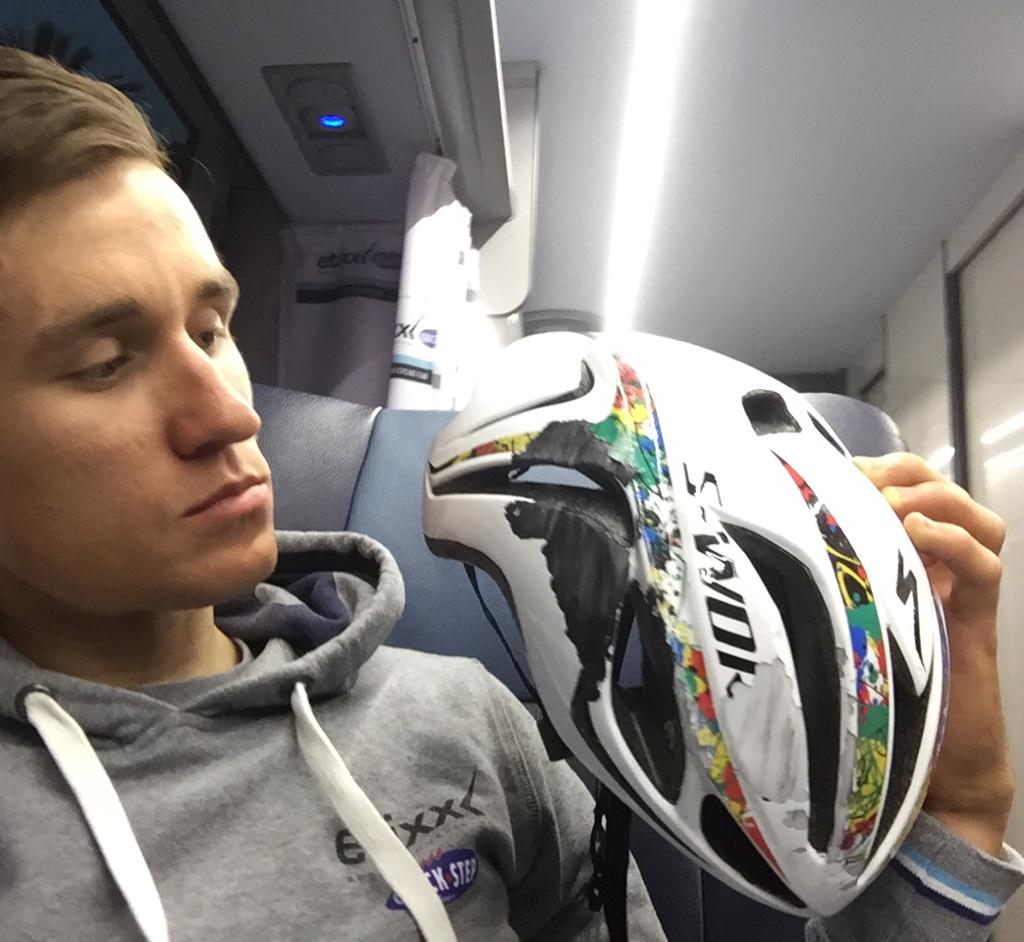 Kwiatkowski and Stybar crashed in the end of Milan – San Remo today and Kristoff got passed in the sprint.

This morning it wasn’t like that. I took the train to Tullinge and entered the first race of this year. A ”small” training race with many fast riders, also my first start in Men 30-39. The course was pretty fast with some technical sections. Pretty flat course but perfect to start with. Had been snowing a little and was cold so the conditions was really good too. No mud and super track.

The race started with I’m getting passed by a friend shouting ”Come on!”, I just laughed as I already was riding fast (if you ask my legs). The race was a bit mental, going full speed 1 lap and then knowing you should ride 4 more can be hard even if it’s so short. Rode with a guy behind me first lap, on the second lap he passed me on the climb and I followed him, like this:

In black with a bit of red today in Specialized clothes 😉 Haven’t got new club clothes yet. The guy in front of me had a problem on the third lap a bit before this and I passed him. A little bit after a friend caught me that I managed to keep behind 😀

Was riding alone until the end of last lap where another guy caught me and I missed we where in the same class. Let him by loosing a spot 😦

So fun to race again and so much training needed my and a friend that gave me lift home talked about. Better to train than to change chainring for a smaller 😉

Map and stats of the race: Movescount

(if you absolutely have to know my result I was around 13th, 3rd last)