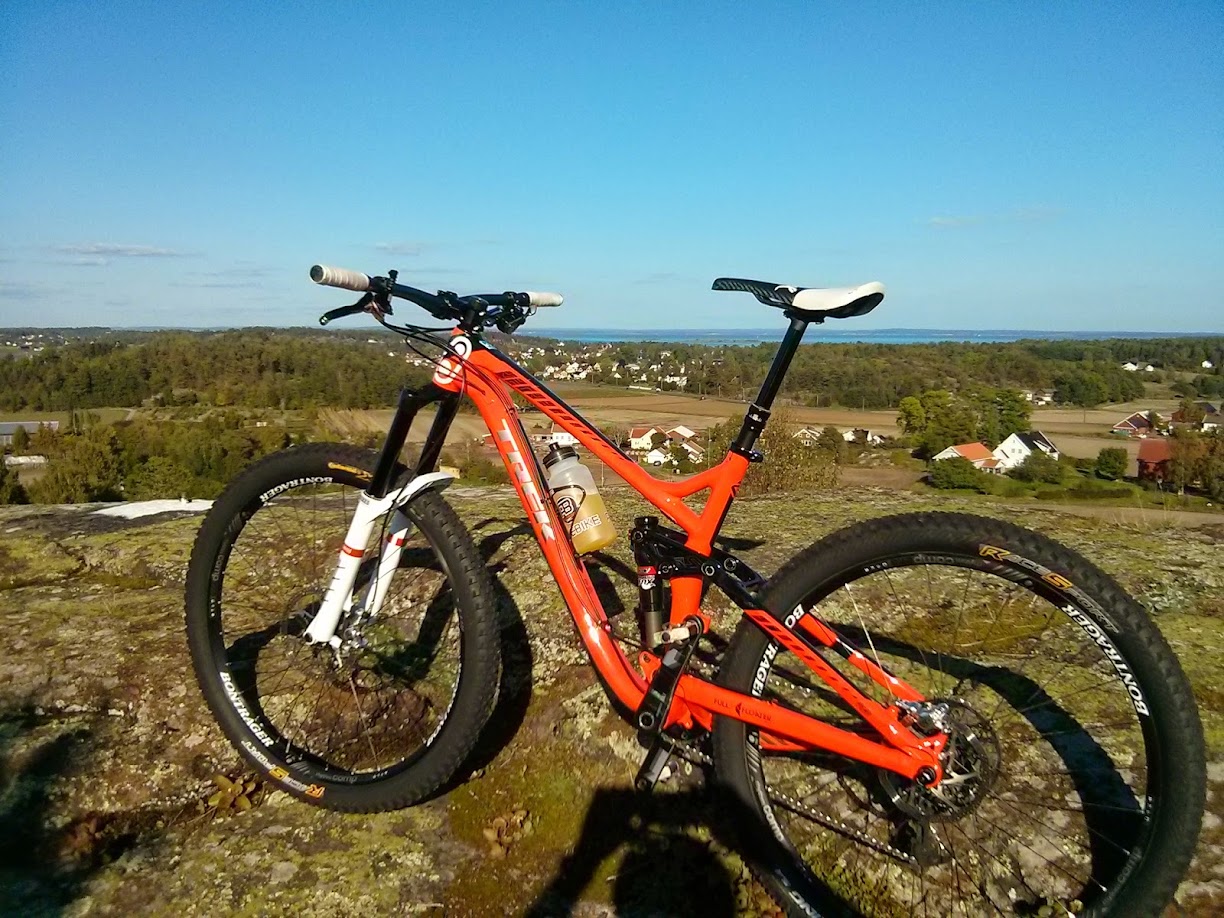 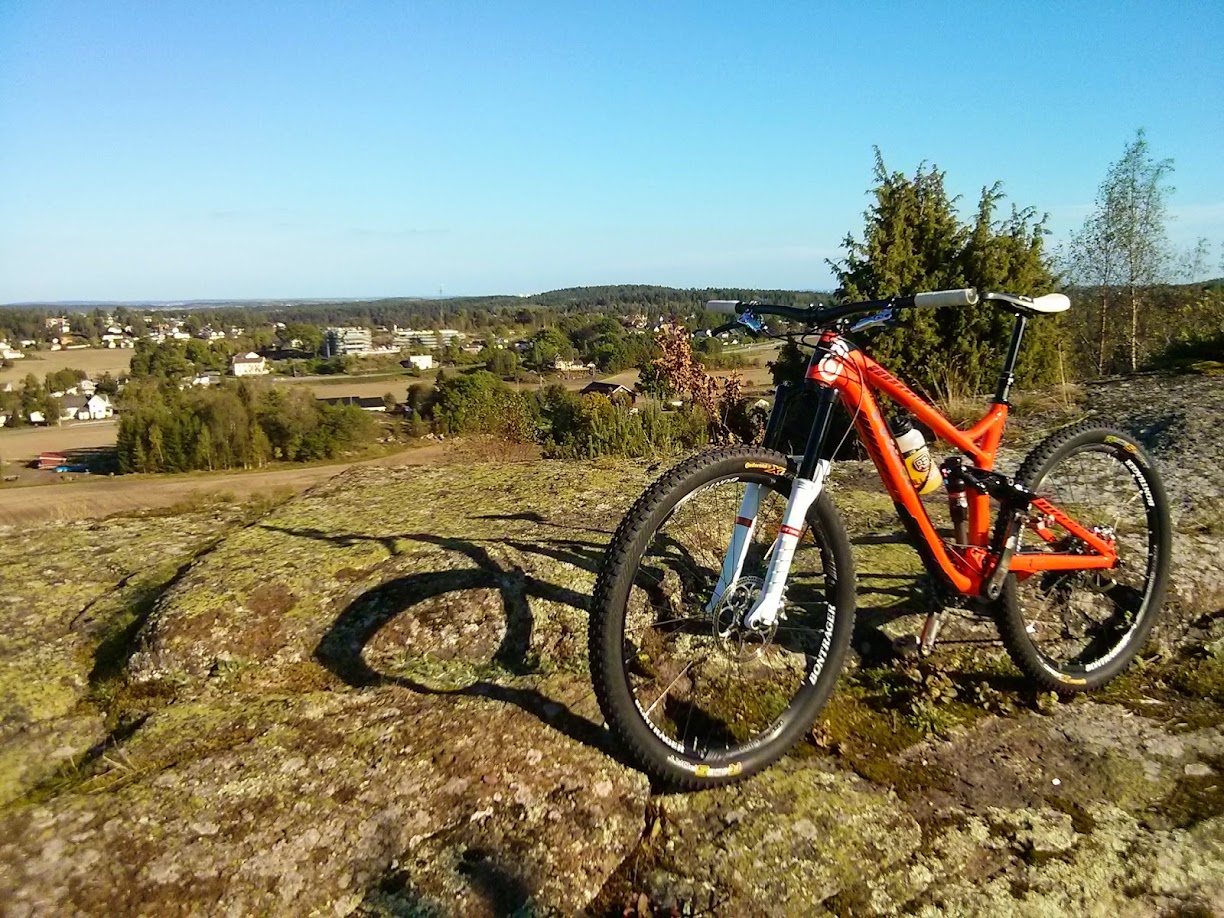 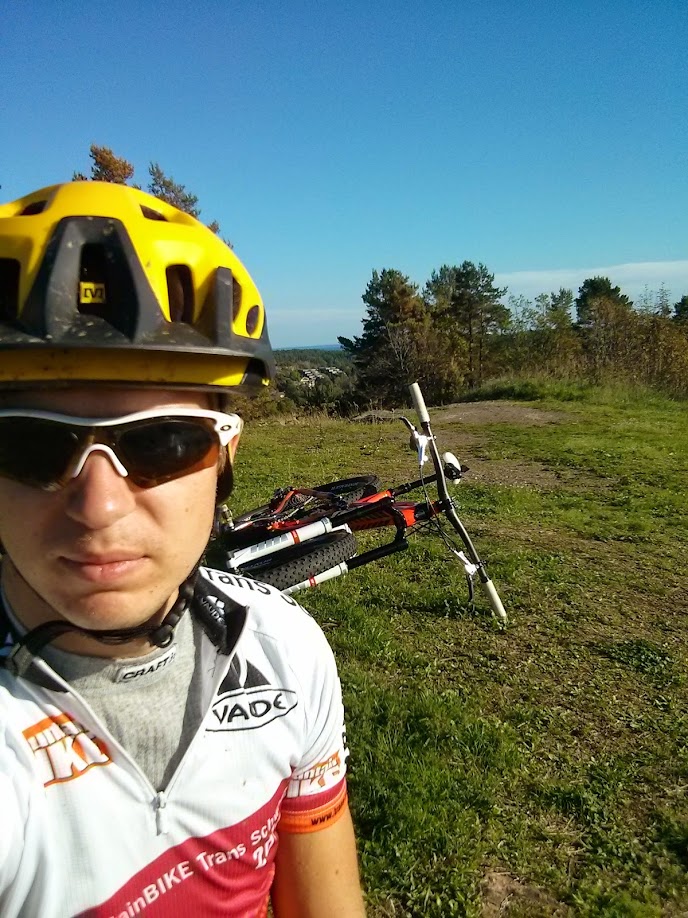 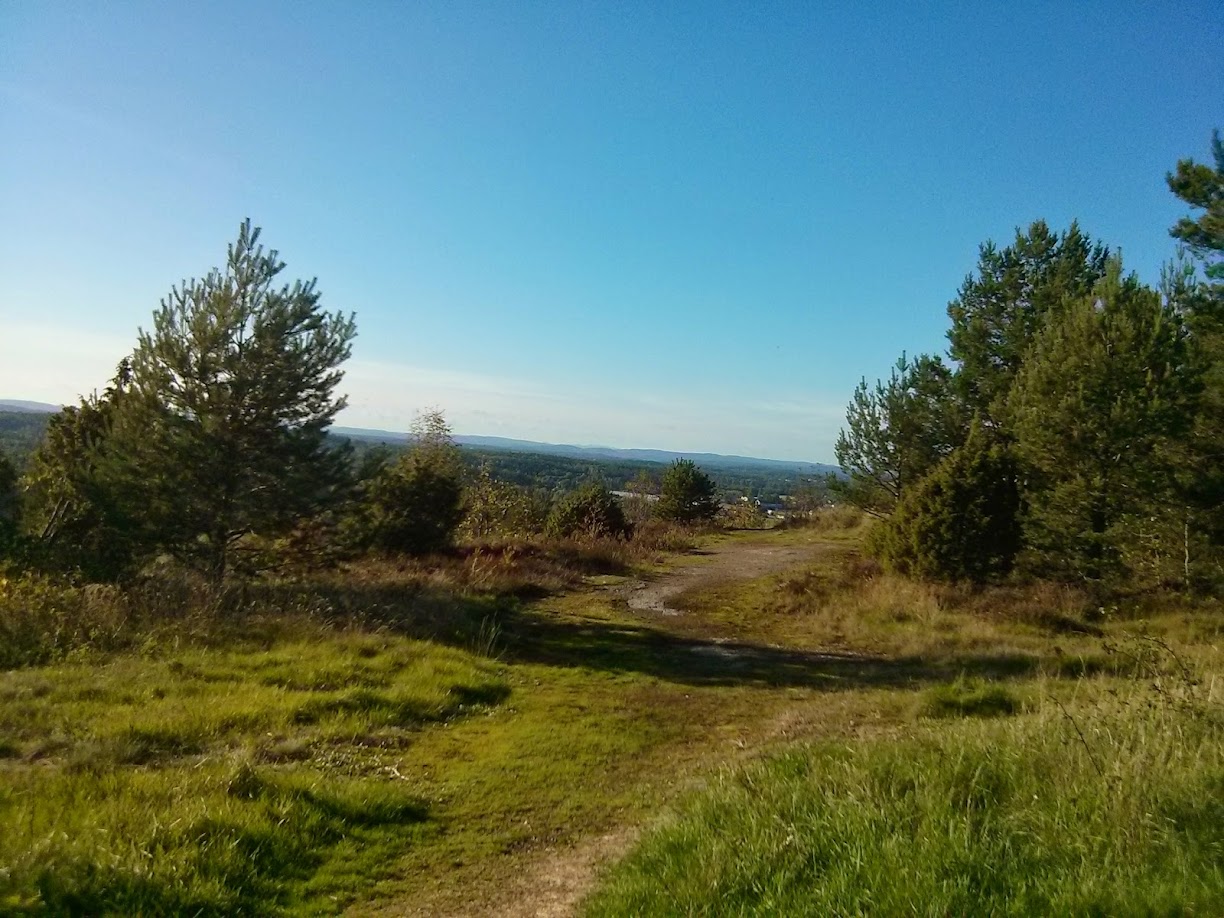 If you are interested in my complete ride: Look at it here: Movescount

But the memory of this evening will be about two Strava segments. Both downhill. First we rode once where Sebastian almost got KOM, Joachim said he was riding full speed but I felt fast holding his wheel and his line. Decided to ride up again so Sebastian could take the KOM.

Sebastian rode first and got his KOM. I rode after with full speed. The bike flew around the trail and I felt fast. Until I came a bit to close a tree, smashed my hand into it and lost some speed. Continued for full and the Slash really worked with me. Felt awesome sprinting to the finish. Then I take a look at my watch to pause as we where standing still. it says PAUSE!!!!!! I missed to start it before so I missed the hole segment. 😦 My life’s run and it was on Pause. Worst thing of today 😦

Up again to ride another run down and more back home. a segment with some nice singletrack in beginning, a part with a lot of roots before some great singletrack, a stone chest which I never managed before. The a really fast end with a couple of small technical parts just.

I rode first, didn’t start super but the bike flew over the stones so I began to be happy. Then I turned onto wrong (!) track. Saw it fast but had to turn around like 10m and Joachim flew by. Didn’t want to ruin it all so went all in and sprinted in the forest to go after him. Nice use of my 36-11 gear :). 187 in heart rate after so was hard. Ended with a personal record as I beat last weeks time from 3min14sec to 2min46sec. In a way I think my Remedy will be faster there 😉

And hanged the Slash on my borrowed scale before I left home too. Only 13,3kg 😀 You should get one too